As reported by Autosport last week, the Renault-owned brand is making the step up after five seasons in the WEC's LMP2 ranks that have yielded three class victories in the Le Mans 24 Hours, in tandem with partner team Signatech and with support from ORECA.

Its solo Gibson-powered Rebellion R-13 will be balanced against a new breed of Le Mans Hypercar machinery from Toyota, Glickenhaus and ByKolles in the top class.

The announcement follows a little more than a week from the news that the Renault Formula 1 team will rebranded with the Alpine name from 2021 onwards.

"The history of Alpine is made of challenges," commented Signatech team boss Philippe Sinault.

"Few people believed in us as early as 2013 [when Alpine first entered the European Le Mans Series with Signatech], but we proved ourselves step by step to demonstrate that we were capable of evolving at the highest level.

"Today, this new challenge is in the same vein thanks to the opening of a unique window of opportunity. We will be the newcomers in the top category and we intend to make life difficult for our opponents.

"The trust that Alpine has placed in us in this project is a huge source of pride for our teams and partners who have joined this adventure in its early stages. 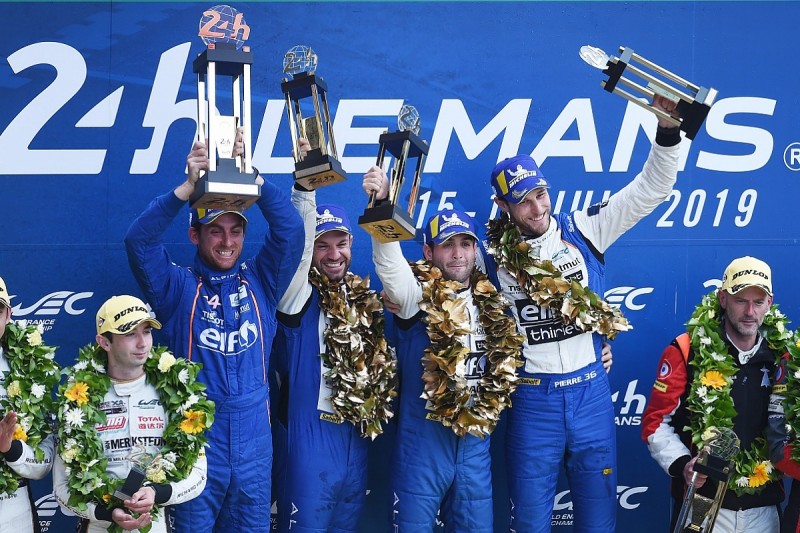 "It is an exhilarating and incredibly motivating challenge from a sporting point of view and we are determined to be up to the challenge so that Alpine can enter even more into the history of French and world motorsport."

No decision has yet been made on drivers for the new Alpine LMP1 effort, with the team promising an announcement on that front before the end of the year.

Equally there has been no official word on whether the ORECA-built Rebellion chassis will be rebranded in 2021, as Signatech's ORECA 07 LMP2 chassis is currently.

Alpine stated that its LMP1 commitment is for only one year, but its programme is likely to be a precursor to a future effort with a new car built to either the Le Mans Hypercar or LMDh rules, which the WEC will share with the IMSA SportsCar Championship.