British driver Lynn has been racing for Aston Martin in the WEC since the 2018-19 superseason, partnering Maxime Martin in both campaigns in the marque's #97 Vantage GTE car.

However, after Aston Martin announced last December it would be stepping down from the GTE Pro category, it was inevitable that some drivers would not continue their relationship with the British marque.

When Autosport reached out to Lynn, he confirmed that he is "focused on Mahindra right now, and finding new opportunities in sportscars".

Lynn was also absent from an announcement earlier on Wednesday where Aston Martin revealed its factory drivers for GT3 racing. 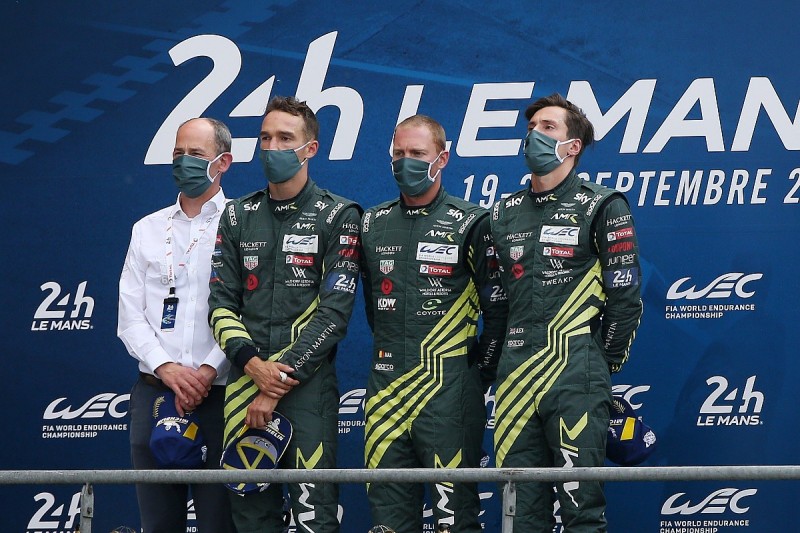 Lynn, who was absent from the list, is due to contest his second full-season in Formula E this year, having been retained by Mahindra Racing after he replaced Pascal Wehrlein in the last six races of the 2019-20 campaign in Berlin.

The 27-year-old has previously driven for Jaguar and DS Virgin Racing in Formula E, competing a full season with the latter team in 2017-18.

He also has experience of prototype racing, having contested the majority of the 2017 WEC season with G-Drive and the final three rounds of the 2016 WEC campaign with Manor.

He also won the Sebring 12 Hours outright in 2017 with WTR, driving a Cadillac DPi-VR with Jordan Taylor and Ricky Taylor.

The 2021 WEC season is due to get underway in Portimao on 4 April. Aston Martin will maintain its presence in the series thanks to its participation in the GTE Am class, but following its exit the GTE Pro category is left with just two manufacturers, Ferrari and Porsche.