Albuquerque will dovetail his assault on the IMSA SportsCar Championship with the Wayne Taylor Racing Acura squad alongside a WEC campaign aboard a United ORECA-Gibson 07 together with 2019/20 WEC co-champion Hanson.

They will share the car in the six-race WEC with Swiss Fabio Scherer, who will be the silver-rated driver in the line-up after Hanson's promotion to gold status.

The confirmation of Albuquerque by United means there is no room for Paul di Resta, who contested seven of the eight 2019/20 WEC races alongside the Portuguese and Hanson, in the title-winning car.

Team boss Ricard Dean last month outlined an intent to expand United's WEC squad to two cars in 2021 and a desire to keep both Albuquerque and di Resta.

Albuquerque has driven with Hanson since the Briton joined United in 2018, the pairing winning the 2020 European Le Mans Series title.

Scherer moves across to sportscar racing from the DTM in which he raced with the WRT Audi team in 2020 after two years in the FIA Formula 3 Championship. 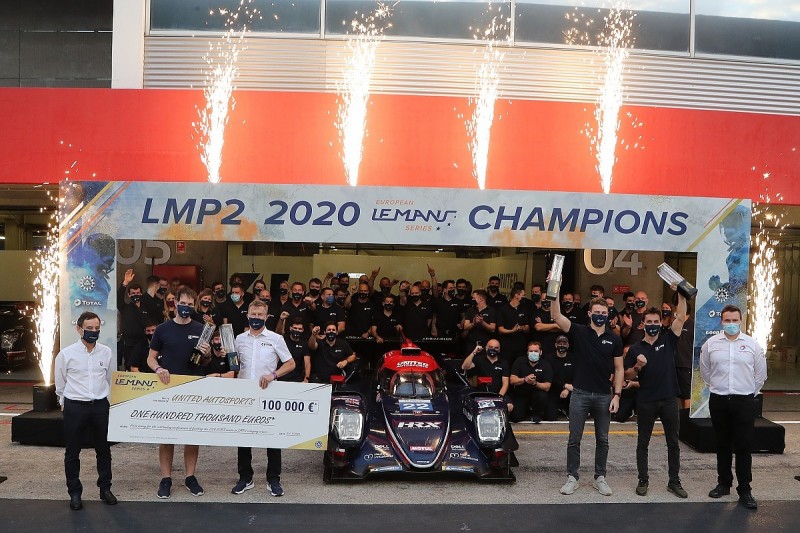 Albuquerque, who outlined his intent to defend his WEC crown on signing to drive the WTR Acura ARX-05 alongside Ricky Taylor last month, said that "it makes sense to continue with United and Phil".

"It was one of my priorities to race with them again and having Fabio on board will be great," he explained.

"I'm looking forward to racing with him and I think we have a great team to win — I'm just super happy to be with United for my fifth season.

United boss Richard Dean added: "We are delighted to have Phil and Filipe with us once again - they are very much part of the United family.

"They have both shown what they are capable of by winning the World Endurance Championship, the Le Mans 24 Hours [in LMP2] and the ELMS together last season and it is an exciting challenge for us to attempt to retain our titles in 2021."

Scherer described the deal to drive alongside Albuquerque and Hanson at United "as a great opportunity and another big step in my career".

He said that he was "counting down the days to the season opener [scheduled for Sebring] in March".