Due to the French classic's status as the flagship event on the WEC calendar, victory at Le Mans awards 50 points to the leading crew in each class, plus an extra point for pole position. No more than 26 points are on offer in the six-hour events that make up the majority of the season.

United Autosports driver Phil Hanson arrived at this year’s rescheduled Le Mans race with a healthy lead in the LMP2 standings following victories at Portimao and Monza, adding a third place at Portimao when regular co-drivers Albuquerque and Fabio Scherer were unavailable due to a clashing IMSA round and COVID-19 respectively.

But an alternator issue at Le Mans for Hanson, Albuquerque and Scherer left the trio to languish 10th in class and allow three teams to leapfrog reigning champion Hanson in the title fight.

The Anglo-American outfit was unable to close the gap to its rivals in the first race in Bahrain last weekend, with Hanson now facing a 25-point deficit to the Le Mans-winning WRT squad, with a maximum of 39 points available in this weekend’s 8 Hours title decider.

Speaking to Autosport, Albuquerque said he dislikes the way success or failure at Le Mans impacts the WEC championship fight, even when it has played into his favour.

"Le Mans is a huge part of the WEC; in terms of winning it alone, it already dictates how good your season was," he said. "I don't think it should be so important to be double points.

"With Le Mans, if we had not had an electric issue that triggered our alternator to fail, we would have still been fighting for the championship because Le Mans is double points.

"WRT got 50 points on us. They were behind us and they passed us with a big gap. It's hard to catch.

"Obviously if you come here [in Bahrain] where it's still 65 points on the table [across the two races], you can win mathematically, but it's very rare that somebody has a DNF. So it just puts you out of the race of the championship. 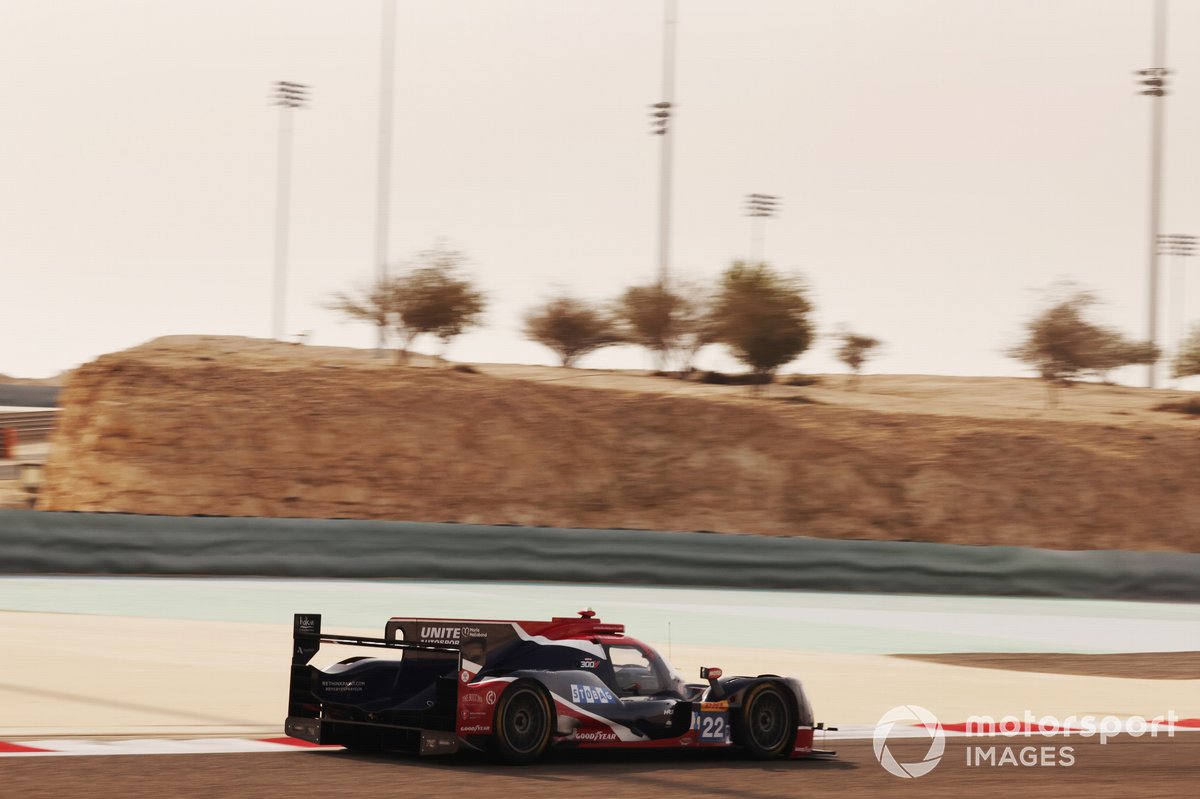 "In any championship, you want every fan to be watching the race until the last lap and not thinking, 'Yeah, it's mathematically done, so why should I watch it?' There's not so much fight for the title.

"Unfortunately, WRT, the ones that are leading, and Jota as well, they did a good race [in Bahrain 6 Hours]. We needed to win, unfortunately it didn't come to us, so it's going to be super hard now to follow the last race."

The retiring Anthony Davidson, Antonio Felix da Costa and Roberto Gonzalez are also in the title battle in the other Jota entry, albeit 17 points behind the leading WRT crew.

Albuquerque says the top two teams in the standings may avoid taking any undue risks this weekend, giving United a chance to end the season with a third victory.

"I think [WRT and Jota] are going to be fighting for the championship," he said.

"We go more for the single wins. That's all that matters.

"We assume that [WRT] have great pace, they won the first race [in Bahrain] and Jota was second in the race.

"So I assume they are going to be pushing for the win as well, but they will not put themselves in as much risk as us, we don't have much to lose."