Ex-Formula 1 driver Giancarlo Fisichella will return to the Le Mans 24 Hours in June for a eighth assault on the French enduro.

The 44-year-old Italian, a two-time class winner at the 24 Hours, has been confirmed alongside IMSA SportsCar Championship team-mate Toni Vilander in Risi Competizione's Ferrari 488 GTE for the double-points World Endurance Championship round on June 17/18.

The US team has yet to announce a driver for the third seat in the GTE Pro class entry, which was filled last year by Matteo Malucelli. 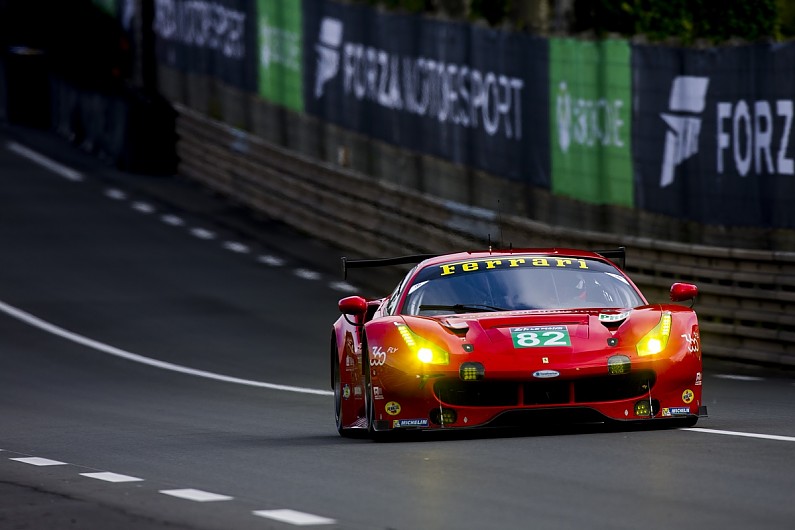 Risi returned to Le Mans in 2016 after a five-year absence and led the challenge to the dominant Chip Ganassi Fords in GTE Pro.

The Risi car finished second, initially one minute behind the class-winning Ford GT.

A series of post-race penalties for both cars resulted in a final winning margin of just over 10 seconds for the Ford.

Ferrari has yet to confirm the full line-ups in its two factory AF Corse entries for the WEC.

It organised a test earlier this month to try out potential replacements for Gianmaria Bruni, who is set to join the rival Porsche GTE Pro squad in 2017.