The livery of Porsche's new 919 Hybrid Le Mans 24 Hours LMP1 contender will be shared by the German manufacturer's factory 911 RSRs racing around the world this year.

Porsche finally took the wraps off the colour scheme of its first top-flight sportscar racer in 16 years when it officially announced what is being billed as its biggest ever factory motorsport programme at Tuesday's Geneva motor show.

At the same time, it revealed that the Manthey Racing 911 RSRs racing alongside the 919 coupes in the World Endurance Championship and the CORE Autosport entries in the GT Le Mans class of the United SportsCar Championship will run in lookalike liveries.

The new colour scheme incorporates the the 'Porsche Intelligent Performance' slogan, with the opening letters of each word being emblazoned down the car when looking from above.

Porsche had been due to confirm the driving combinations in the two 919s at Geneva, but opted instead to do so via twitter last week.

As predicted by AUTOSPORT in January, Mark Webber will share with Brendon Hartley and Timo Bernhard, while Romain Dumas, Neel Jani and Marc Lieb will drive together. 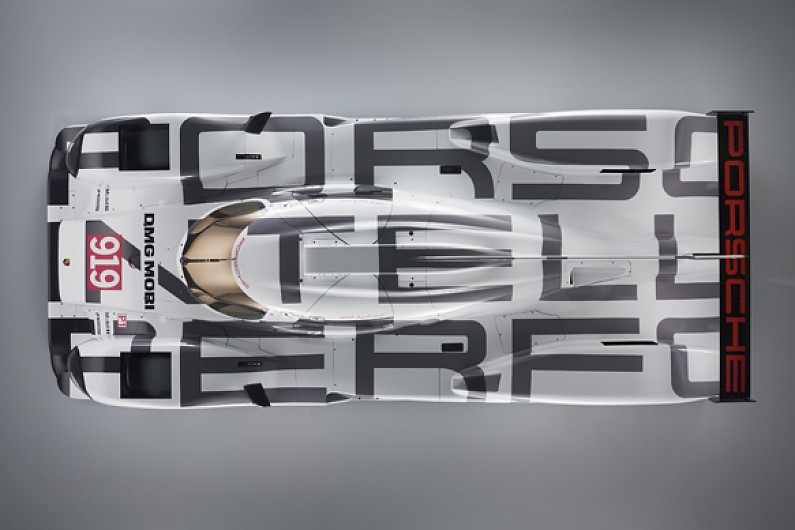