Emma Kimilainen took her second W Series win in a drenched race at Spa, sweeping past reigning champion Jamie Chadwick to win by over eight seconds.

The Finnish driver started in fourth for Ecurie W before mastering the wet conditions to move through the field and take her first win since Assen 2019.

Chadwick finished in second for Veloce Racing, maintaining her championship lead, while Puma’s Marta Garcia came in third to take her first podium of the year.

The race, which was delayed by an hour, started under the safety car, where it stayed for almost the entire first half of the race, before the drivers were released with 16 minutes plus one lap left to go.

Chadwick got a few car lengths on Powell as the race started properly, while further back, Wood, Kimilainen and Garcia went three wide along the Kemmel Straight.

Kimilainen moved into third in turn nine as Wood and Garcia continued to tussle, racing wheel-to-wheel. 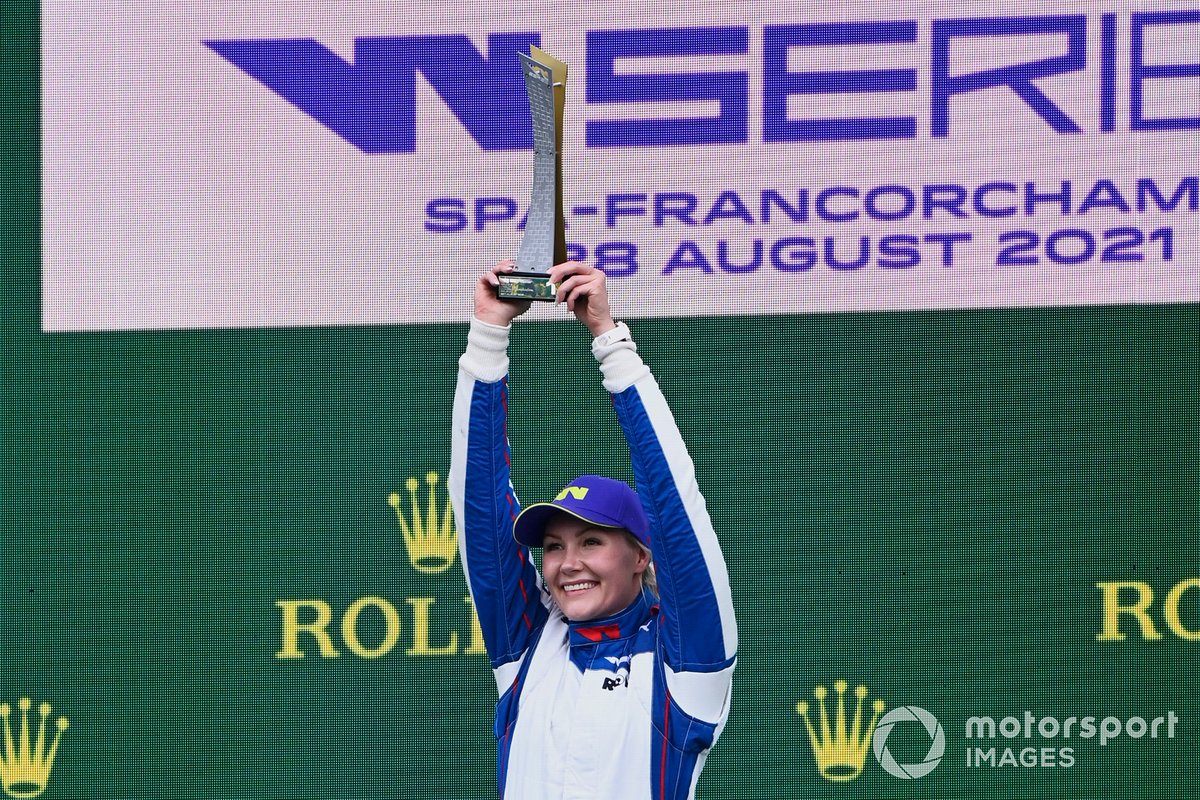 Chadwick had built up a 2.8s lead from Powell after 18 minutes, with 1.3 seconds between Powell and Kimilainen.

With 11 minutes to go, Garcia set a new fastest lap with a 2m47.664s, while Powell found herself being caught by Kimilainen.

Kimilainen swept past Powell with eight minutes to go, with the front-row starter, who said she had “no grip whatsoever”, forced to concede.

Garcia rapidly approached from fourth, applying pressure to Powell, while Kimilainen was three seconds a lap quicker than Chadwick with five minutes to go, chasing down the race leader.

Kimilainen swept past Chadwick on lap nine, making a late-braking move to squeeze around the outside and almost immediately build a 1.3s lead.

With 30s to go, Garcia took third from Powell, lining herself up to take her podium of the season.