Beitske Visser has said walking away from the horrific W Series crash at Spa with no severe injuries is “proof” that cars are safer now than they used to be.

The Dutch driver was involved in a six-car collision at Eau Rouge after localised rainfall sent cars spinning across the track.

Visser and M Forbes Motorsport team-mate Ayla Agren were both taken to the medical centre and then hospital following the crash, which took place during qualifying, but were both discharged.

Visser, who will not participate in the Belgian Grand Prix-supporting race, said it was a “relief” that she had suffered no fractures after her car was flipped upside down, and explained that she was feeling “relatively okay, just quite sore”.

Asked if this was proof that the cars are significantly safer than they used to be, she said: “Yeah, definitely. I think if you look at the crash and you see that I have three big hits from different angles and yeah, I got out of the car by myself.

“I think there was definitely someone looking over me, and it also definitely proves that the cars are safer now.”

She said she had “no idea” what could be done to improve safety at the corner, and said this crash was “just an unlucky situation with it suddenly having a local rain shower in that corner.

“I think if it happened in another corner, it would have been a crash as well but probably a bit less impact,” she said. “I don’t really know what they can do to change it because you can’t really make the run off bigger because it’s a cliff afterwards.” 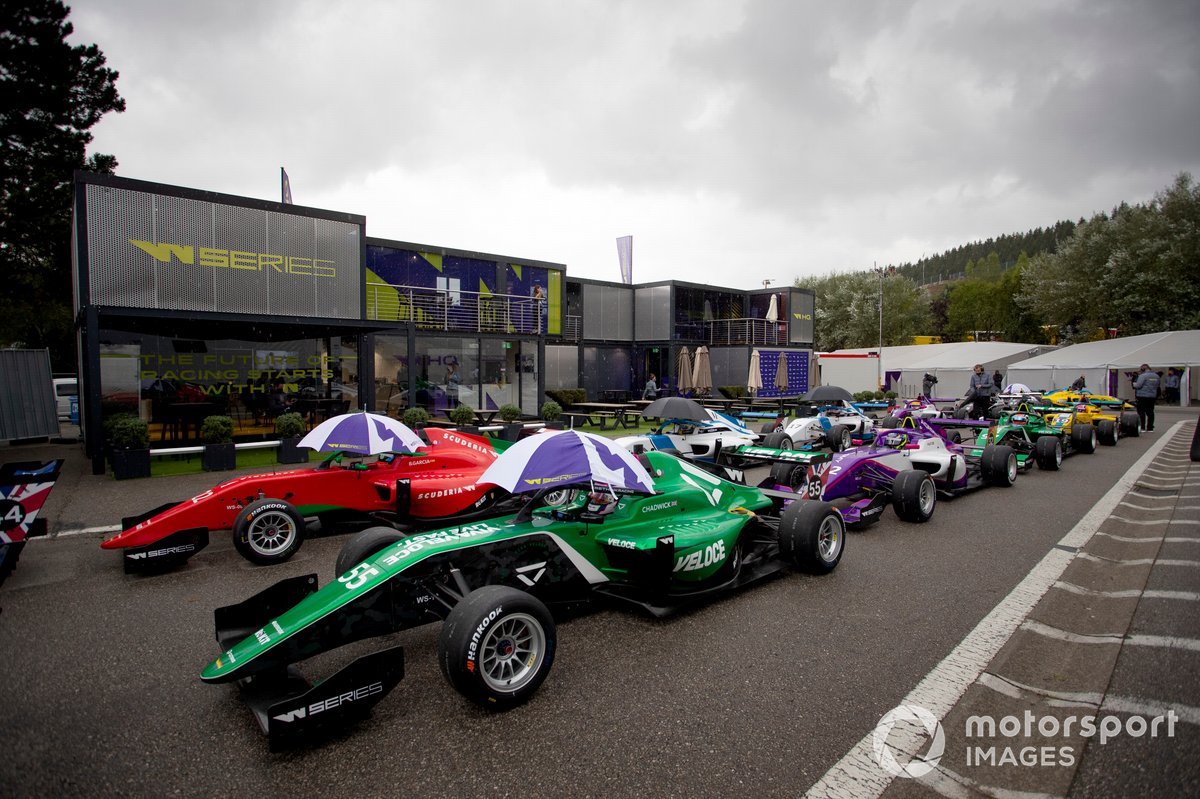 Visser also said she was “shocked” by the “scary” footage of the crash, adding that she “didn’t realise how big it was” from inside the cockpit.

Moore was first into the corner before losing the rear of the car and firing into the barriers. Rivals behind followed suit colliding into the tyre wall, with Eaton sent upwards after being hit side-on, while Visser was sent rolling upside-down.

There was extensive damage and debris, with video footage showing cars strewn across the track.

Visser said she will be back racing next weekend at Zandvoort, her home race.

There have been repeated calls for safety improvements at the corner, most recently from Williams Formula 1 reserve Jack Aitken, who sustained fractures to his collarbone and vertebra in a GT World Challenge crash at the Spa 24 Hours a few weeks ago.

Aitken’s accident, which involved several other cars after he spun into the barriers and bounced back into the middle of the track before being collected, has served to reignite debate about safety at that high-speed sequence.

The Eau Rouge-Raidillon section was also the scene of a horrific Formula 2 accident in 2019 that claimed the life of Anthoine Hubert and left Juan Manuel Correa with severe injuries.