Last year’s W Series runner-up controlled from the front throughout the Hungary race and sealed the win with the perfect restart after a safety car period during the closing stages.

Chadwick, who had a 100% winning record in 2022 and seven wins in succession counting back to last season, charged from fifth to second by mid-race distance but couldn’t pressure Powell into a mistake at the end.

It left the two-time W Series champion having to settle for second place behind her major title rival – as Powell clinched her first win in the championship since last year’s Zandvoort round.

The race began behind the safety car due to a dry line on only one side of the grid, but Nerea Marti’s race unravelled before even getting going when she tripped into a half-spin at Turn 10 with the race still neutralised.

That dropped her one place back behind Marta Garcia and into fourth, and once the green flag racing started she was swallowed up by reigning champion Chadwick.

That left Marti powerless from being swept up by the pack and scrapping for position she clashed with Quantfury W Series team-mate Belen Garcia, spinning her to the back of the field. 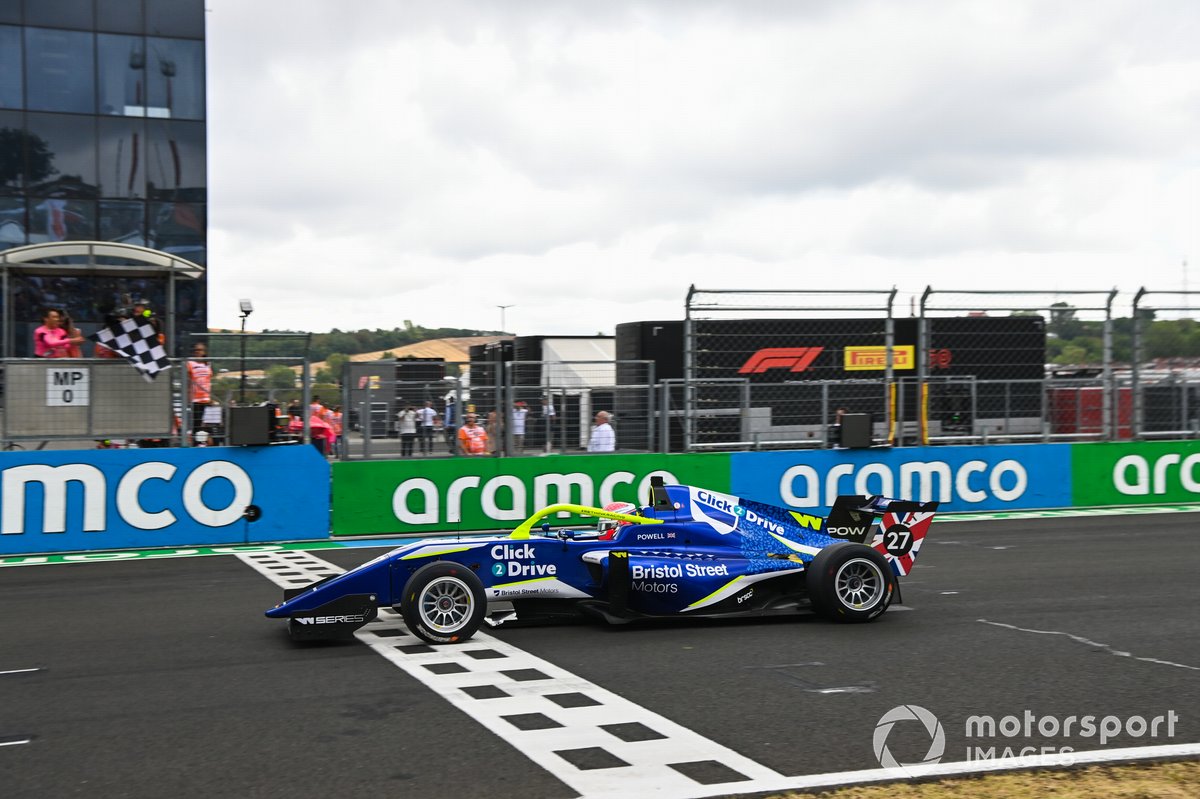 As Chadwick carved up the order to second place, getting by Marta Garcia and Visser with moves up the inside at Turn 1, her pursuit of Powell was paused by a safety car period after Bianca Bustamante spun off at Turn 9 and stopped with terminal damage at pit entry.

Powell produced the perfect restart to keep clear of Chadwick and fended off late pressure to break her title rival’s perfect start to the 2022 season.

Visser took a comfortable third place for Sirin Racing, ahead of Marta Garcia who defended boldly from Abbi Pulling across the final few laps. Fabienne Wohlwend almost mugged both Marta Garcia and Pulling before the finish but had to settle for sixth place.

Both Scuderia W drivers Sarah Moore and Abbi Eaton ended the race under investigation for overtaking under the safety car, taking a provisional seventh and eighth respectively, ahead of Juju Noda who claimed her first W Series points in ninth place. Bruna Tomaselli rounded out the top 10.

Jess Hawkins had her early charge wrecked by contact with Emma Kimilainen at Turn 1 when the pair were fighting for sixth, which meant the British driver dropped out of the points while the Finn retired with damage.