W Series is continuing its live free-to-air broadcast partnership with Channel 4 for 2021 and is introducing a new on-screen commentary team for the category’s second season.

The channel will cover all eight races this year, starting at the Red Bull Ring, Austria, on 26 June.

W Series was the second most-watched women’s sport in the UK behind football in 2019 when Channel 4 showed live coverage of the inaugural season.

McKenzie and Woolhouse will act as presenters, with Coulthard, Jacques and Monger serving as commentators.

Reynolds, who will join Kravitz in the pitlane, has presented MotoGP for the past six years, and is also known for her work covering the FIM MXGP World Motocross Championship and the FIM Speedway World Championship. 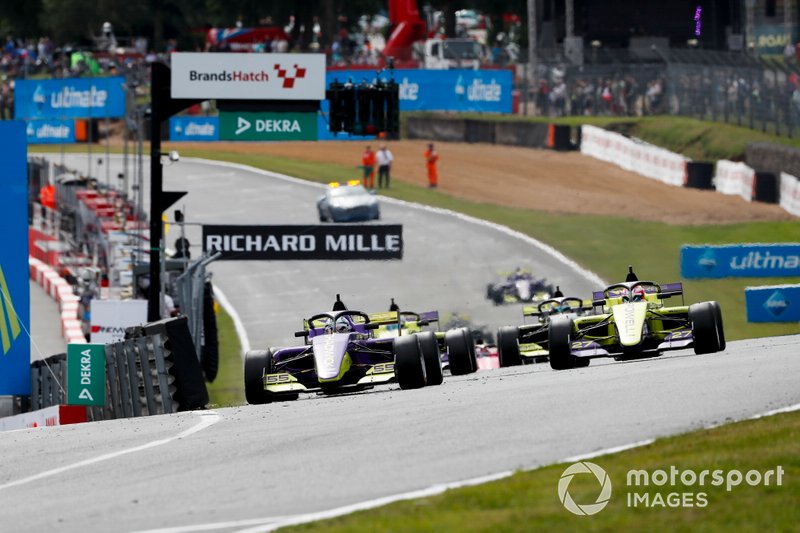 Jamie Chadwick leads Alice Powell at the start of the race

“Live free-to-air motorsport coverage is rare, but our partnership with Channel 4 is a key part of W Series’ plan to create more visible role models to inspire girls and women to be a part of motorsport, whether that is on track, on screen or behind the scenes, and the expertise and insight provided by our brilliant commentary team will be instrumental to our efforts.”

Thirteen-time Formula 1 race winner and W Series advisory board chairman Coulthard said: “The interest in W Series’ inaugural season was remarkable and it will only increase this year when W Series races in partnership with Formula 1.

“With the world watching, the pressure on the drivers will increase this season and I’m looking forward to being part of the commentary team which brings to life their inspirational stories and skills.”