W Series CEO Catherine Bond Muir has defended Jamie Chadwick’s return to the series despite being a double champion.

The Williams Formula 1 development driver announced her surprise return to the all-female championship on Tuesday, despite having previously said she had no plans to.

Chadwick, who previously raced for Veloce Racing in the series, has joined Jenner Racing, the eponymous team from Olympic champion Caitlyn Jenner.

It prompted criticism on social media, including from 2021 runner-up Alice Powell, who said she agreed that the champion should not be able to return, as is the case in FIA Formula 2 and 3.

But Bond Muir highlighted the difficulty in obtaining a seat higher up the single-seater pyramid, especially for women, and said the most important thing was that Chadwick was in a race seat for the season.

She told Autosport: “Jamie has always been and stayed very close with us in the off-season. I just think she's gone through a whole variety of thought processes.

"She thought she wasn't going to come back, she's looked at what is out there. I'm sure she's still looking at other opportunities for 2022.

“And this is, amongst other things that she may do a great mix of, her still being in a racing car. We all predicted some of the negative comments about her coming back is that she should be going on and doing, you know, bigger and better things. 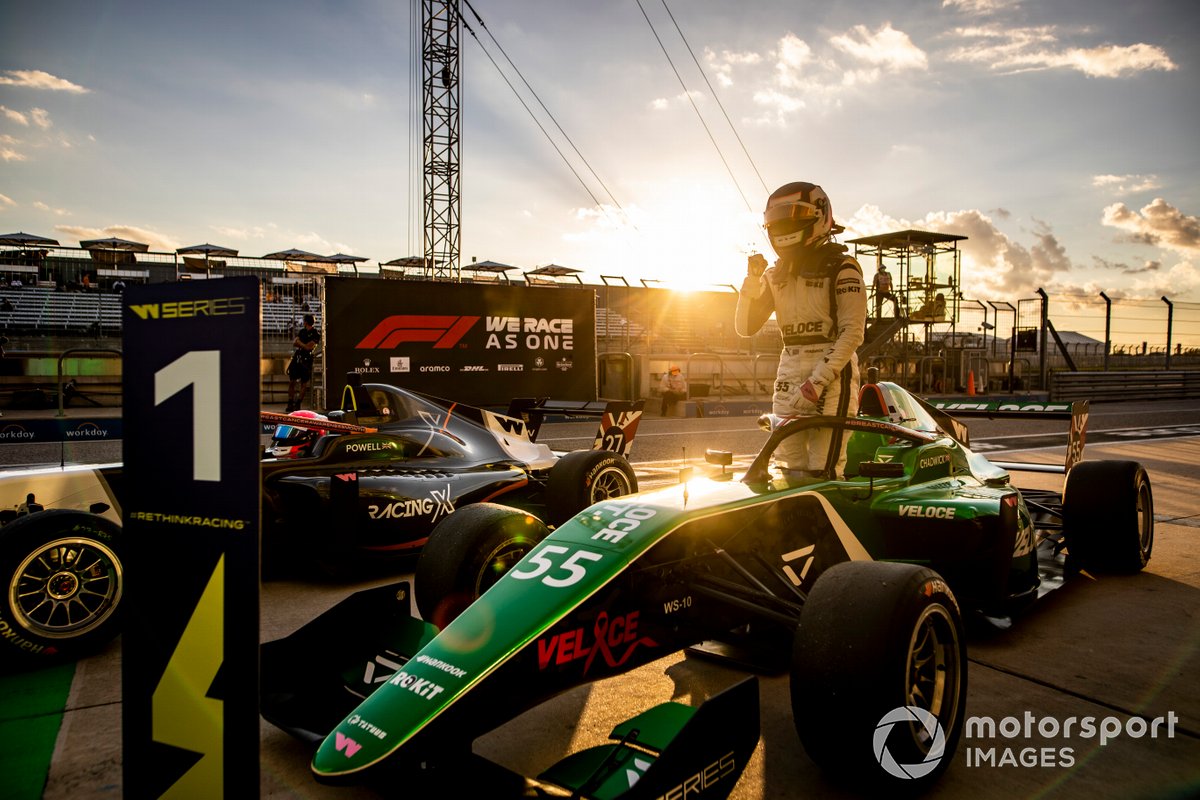 “She's said very clearly that she wants to go into F3 and F2, but this year it wasn't possible for her, so I think what she wants to do is stay in a racing car. So she'll be doing W Series, and hopefully other stuff, too.”

"From my point of view, if Jamie wants to come back and race the W Series, then that's fantastic. We will always be a home for her while she has the skill level."

Bond Muir added: “I think there are systemic problems in motorsport for women.

"I think motorsport is really hard for everyone, you need huge amounts of money to succeed in motorsport however you get that money and people get it from lots of different ways.

"I think you have that basic issue with single seaters, the single-seater pyramid.

“And then you have the fact that you're a woman, which I think adds another layer of difficulty to it.

"So I think it's a really tough old world and Jamie, I think, is demonstrating that it is not easy to get these seats. I'm sure that she will do.

“She’s got her eye on being a successful motor racing driver. And she realises that she needs to race as much as possible.

"If she doesn't get an F2 or an F3 seat this year, she's got to carry on racing, and that's the most important thing of all.”