The atmosphere in the W Series paddock between its competitors won't be any different in 2021 when it joins the Formula 1 support bill, according to 2019 runner-up Beitske Visser

The all-female single-seater series raced as part of the DTM's weekend package during its first season in 2019, and was set to support F1 at the US and Mexican Grands Prix for 2020.

But the championship opted to take a one-year hiatus when the COVID-19 pandemic hit, before announcing a full eight-race calendar beginning at Paul Ricard on 26 June on F1 support bill.

However, despite an anticipated increase in viewers on the more high-profile slot, Visser told Autosport that she didn't expect the spirit of cooperation that existed between the W Series drivers to change in 2021.

"I think the fact that it changes from DTM to F1 won't really change anything," she said.

"I don't know if the atmosphere will change, I don't think so.

"The difference is we're all in one team, we all drive with the same set-up on the car and we all see each other's data, so you have no excuses to say 'she is in a better team, so that's why she's faster'.

"So I think that changes also a little bit the atmosphere [anyway].

"In the end, I think we can separate very well the on and off-track and that's the most important part." 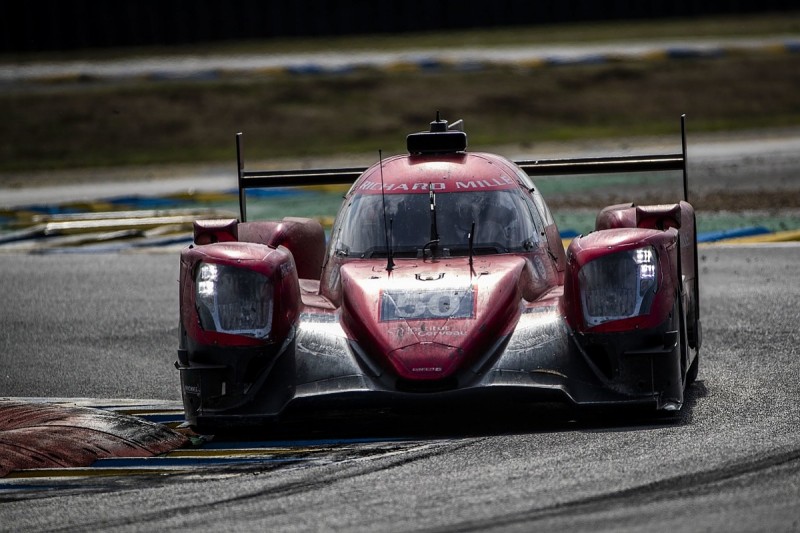 While many W Series drivers were left without a drive in 2020, 25-year-old Visser joined the all-female Richard Mille Racing LMP2 for four of the five European Le Mans Series rounds this season and finished ninth in class on her debut at the Le Mans 24 Hours.

Visser said that experience had helped her to improve her craft and will aid in her efforts to displace returning 2019 champion Jamie Chadwick.

"I'm super-grateful for the chance I got this year with Richard Mille and it has definitely made me a much better driver over the year," added Visser.

"I hope I can transform that into W Series next year and hopefully go one step better than I did last year.

"Some of the girls didn't get to drive that much this year, but others did, so I think over the winter anyway everyone will prepare as much as possible for it."