W Series champion Jamie Chadwick says it is important that she follows up her title by performing strongly in other categories, in order to help silence the championship's doubters

By finishing inside the top 12 in the championship, Chadwick is one of the drivers guaranteed a W Series seat for 2020 should she return.

Chadwick could return to W Series in 2020 due to the prospect of being able to earn superlicence points, but she has also targeted a move into FIA Formula 3 for next year.

Asked at the Brands Hatch season finale whether she felt it was important for the W Series that she performs strongly in other championships in the future, Chadwick replied: "Definitely.

"The main thing for the championship is, not just me but the whole grid, whenever they go and do what they want to do [in other series], we're better when we were before, and in a situation to race at the top level.

"We won't be able to fully silence [all the doubters] until we do what we set out to achieve, which is to get a female to the top level, to F1, and on merit." 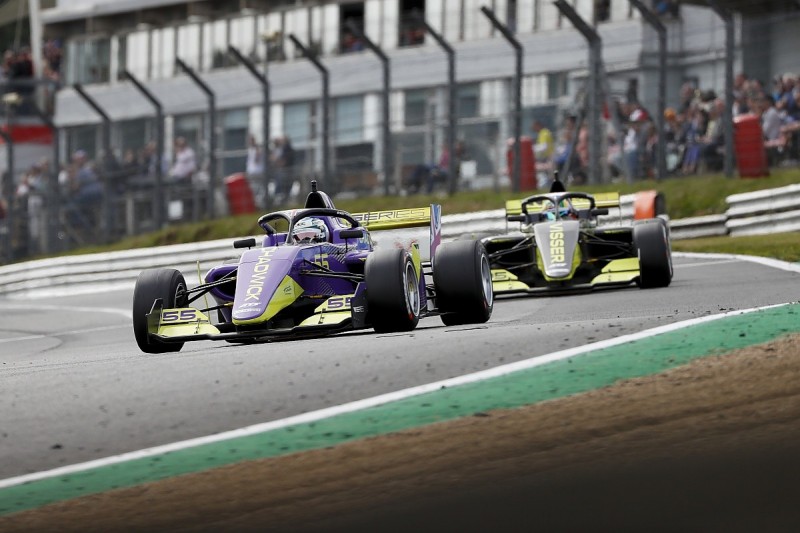 Chadwick admits that her W Series prize fund may not be enough to guarantee a competitive seat in FIA F3 for 2020, with budgets estimated to be closer to $1million for a top drive.

"I think that's the bit that people don't get," said Chadwick when asked by Autosport whether she believed she could supplement her W Series prize fund.

"There are 30 seats in that series, but maybe only six that you really want. To do it with the right team is another half a million or something.

"The prize money in W Series is fantastic, but sadly in motorsport, it can be swallowed [up] just like that.

"Hopefully the attention this has brought, and the exposure it has provided, will help will generate some more funding, but if not it's nice to know there is the chance to do another season here [in the W Series]."

Chadwick said that a season in F3 with an uncompetitive team could be damaging.

"It doesn't matter who you are, you can ruin your career by doing that," she said.

"The drivers that progress into F1 have always been in the top teams, in the right environment, and I want to be the same. I don't want to fast-track it for no reason."