The final race day of the 2022 Isle of Man TT has been revised, with three races now scheduled for Friday after Thursday’s Supersport race was postponed again.

Wednesday was due to feature the second outing for the Supersport class at the 2022 TT, with the race set for 6:30pm local time having been pushed back due to uncertainty with the weather in the morning.

But while the Supertwin race went off at 3pm without any problems, inclement weather at around 5:30pm forced organisers to postpone the second Supersport race back to Thursday.

However, further wet weather on Thursday forced the second Supersport race to be called off for the day and slotted into Friday’s Senior TT finale.

As a result, Friday’s roads will close at 10am, with a shortened two-lap second Supersport race getting underway at 10:45am.

This will be followed by the second Sidecar race at 12:30pm, which has also been shortened to two laps.

The grand finale Senior TT race will now be run over four laps instead of six, and will take place at 2:15pm.

Clerk of the Course Gary Thompson said of the schedule: “We are pleased to be able to finish the TT off with an action-packed schedule featuring three races.

“To do this it means shortening races, which is a decision that is not taken lightly. 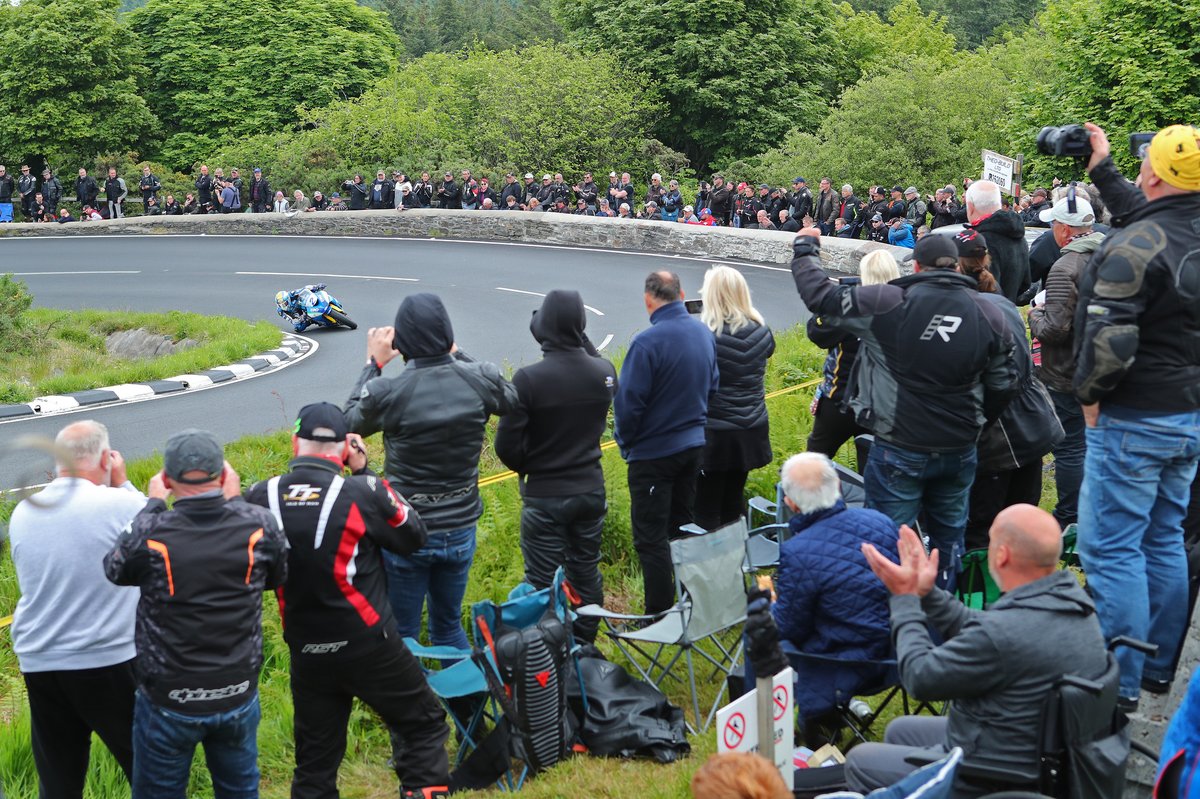 Photo by: Isle of Man TT

“But in order to get all three races completed ahead of the forecasted strong winds later in the day it is essential.

“We also need to factor in the fatigue levels of our competitors, teams and marshals, and this revised schedule is set against the workload and stress on everyone involved.”

Wednesday’s Supertwin race was won by Peter Hickman, which was his third success of the week following wins in the Superbike race on Saturday and Monday’s Superstock contest.

Michael Dunlop won the first Supersport race for his 20th career TT victory, while the first Sidecar success was taken by Ben and Tom Birchall.

The 2022 TT event has been marred by the tragic deaths of three competitors, after solo riders Mark Purslow and Davy Morgan, and sidecar driver Cesar Chanal were killed in separate incidents across practice and race week.