Racing Project Bandoh Toyota driver Ritomo Miyata secured pole position for this weekend's penultimate round of the Super GT season at Motegi, as Yokohama cars locked out the front row.

Miyata was at the wheel of the #19 Toyota GR Supra for the Q2 pole shootout, and was the only driver to break the 1m36s barrier as he set a fastest lap of 1m35.893s - a little over three tenths shy of the lap record.

That was enough to beat the similarly Yokohama-shod #24 Kondo Racing Nissan GT-R of Daiki Sasaki by 0.178s, giving Miyata and team-mate Yuji Kunimoto their second pole of the season.

ARTA Honda driver Nirei Fukuzumi had been fastest in practice in the morning, but ended up 0.269s off the pace in the best of the Honda NSX-GTs and the top Bridgestone car.

Nobuharu Matsushita was fourth-fastest in the likewise Bridgestone-equipped Impul Nissan, followed by Toshiki Oyu at the wheel of the Dunlop-shod Mugen Honda in fifth and Heikki Kovalainen in the SARD Toyota.

Real Racing Honda man Bertrand Baguette was seventh-fastest but had his best lap deleted for a track limits infraction, dropping him to eighth behind Ronnie Quintarelli in the flagship NISMO Nissan.

Points leader Naoki Yamamoto could only manage 10th in his Kunimitsu Honda, which is the only GT500 car in the field carrying a fuel restrictor this weekend. That effort put him behind the #14 Rookie Racing Toyota of Kenta Yamashita, the fastest car to drop out in Q1. 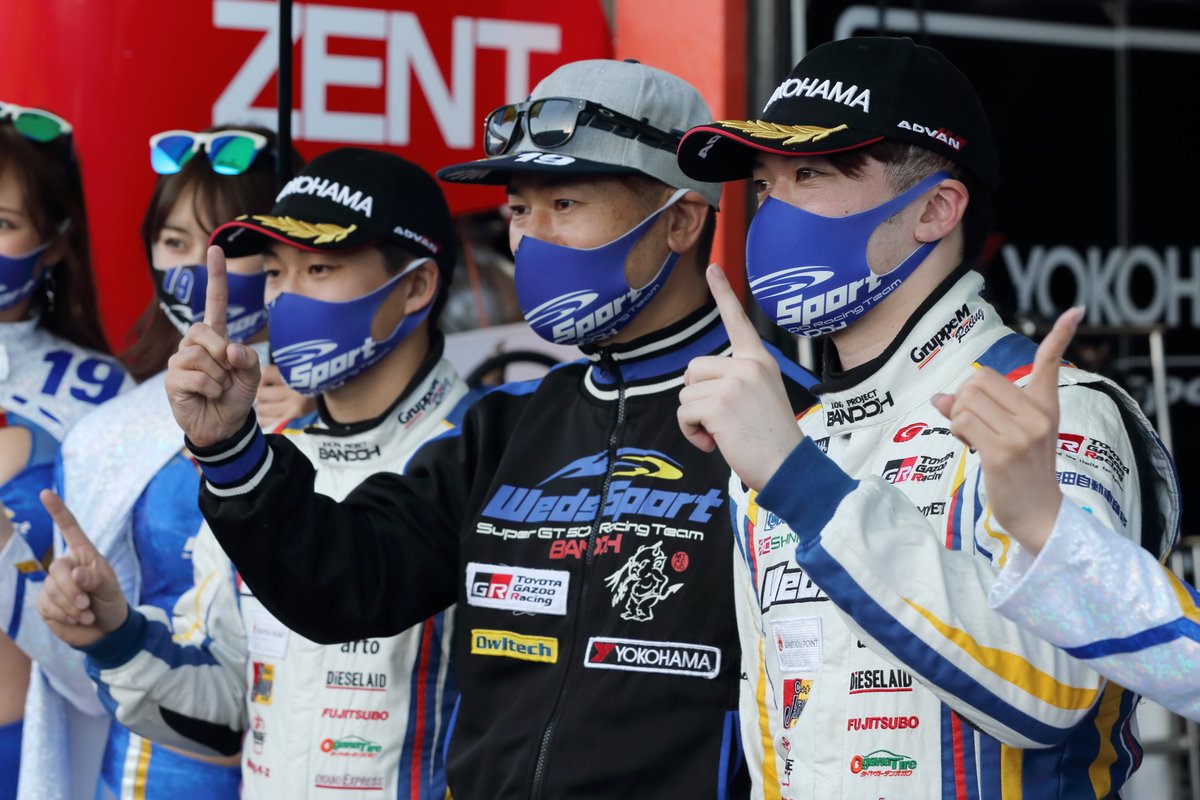 Yamamoto, who leads Baguette and Koudai Tsukakoshi by 16 points in the standings, can wrap up the championship with a round to spare on Sunday if he outscores his closest rivals by at least six points.

Both TOM'S Toyota GR Supras struggled, with Sacha Fenestraz (#37) and Sho Tsuboi (#36) managing only the 12th- and 14th-fastest times respectively in Q2.

They will start from 11th and 13th, with the Nakajima Racing Honda NSX-GT dropping from 11th to the back of the grid owing to Hiroki Otsu's four-place grid penalty.

Subaru BRZ driver Hideki Yamauchi had already broken the record held by Alex Palou with a 1m45.659s, but that was narrowly eclipsed by Natori, who was just 0.015s faster in the Honda NSX GT3 he shares with Takashi Kobayashi.

Ren Sato made it two Hondas in the top three with the third-fastest time in the ARTA NSX, followed by Takashi Kogure in the best of the JLOC Lamborghini Huracan GT3s and Takuro Shinohara's Hitotsuyama Audi R8 LMS.

Subaru drivers Yamauchi and Takuto Iguchi head into the Motegi round 12 points clear of Kondo Racing pair Joao Paulo de Oliveira and Kiyoto Fujinami, who could only manage seventh on the grid in the quickest of the Nissan GT-R NISMO GT3s.

Third in the standings, Max Racing Toyota Supra pair Atsushi Miyake and Yuui Tsutsumi could only manage 11th on the grid, while some other outside title contenders - including the Saitama Toyopet Green Brave Supra and LEON Racing Mercedes - dropped out in Q1.