Mark Winterbottom resisted Jason Bright to win the second V8 Supercars race at Winton, and made major gains on championship leader Jamie Whincup in the process

Whincup and Triple Eight's horrible weekend got worse on Sunday morning as a tailshaft vibration left Whincup back in 18th on the grid, alongside struggling team-mate and title rival Craig Lowndes.

Then the champion's race barely got started. Alexandre Premat ran across the grass between Turns 1 and 2 on the first lap, and caused a chain-reaction accident as he rejoined, with Whincup and Garth Tander among those worst affected.

Triple Eight got Whincup's car back out six laps down but ultimately had to retire it.

Winterbottom had taken advantage of Bright's faltering getaway from pole to shoot past both the Brad Jones Holden and its shock front row partner owner/driver Tony D'Alberto into the first corner.

But Bright was conserving his tyres and came back to hound Winterbottom to the chequered flag.

The Ford Performance Racing man met all Bright's challenges and won by four tenths of a second. 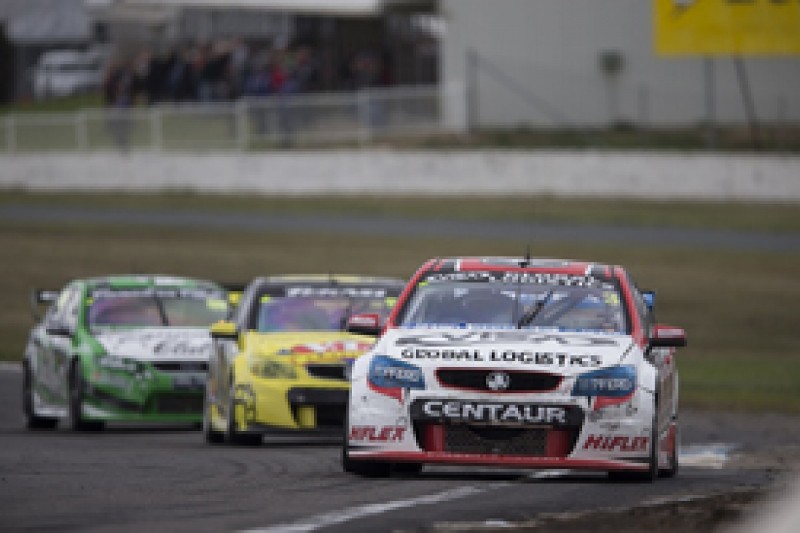 D'Alberto (pictured) lost what would have been his first podium late on when James Courtney finally made it past. The privateer still held Shane van Gisbergen and David Reynolds at bay to claim fourth.

Saturday winner James Moffat came back to earth with a depressing 25th on the grid, but impressed by charging to 11th in the race.

Michael Caruso, the other half of Nissan's historic one-two in race one, was a victim of the first-lap pile-up.