The early restart, which saw van Gisbergen pass De Pasquale before the control line, was one of the key talking points in a wild weather-affected affair at SMP last night.

The pair had been running third and fourth on the road, van Gisbergen pulling next to De Pasquale on the long run up SMP's front straight before surging ahead before the control line.

Van Gisbergen then slid off the road at Turn 1 in a misjudgement not related to his road position relative to De Pasquale at the line.

Usually a black-and-white breach, van Gisbergen was swiftly hit with a drive-through penalty from race control.

However upon learning of the penalty the Kiwi made his case over the radio, claiming De Pasquale had slowed shortly before the line.

That message went direct to race control (which scans pit-to-car radios), officials deferring the penalty until they could check the technical data.

The data backed up van Gisbergen's case, revealing that De Pasquale did indeed drop to 45 per cent throttle for 1.2 seconds after he'd begun accelerating. 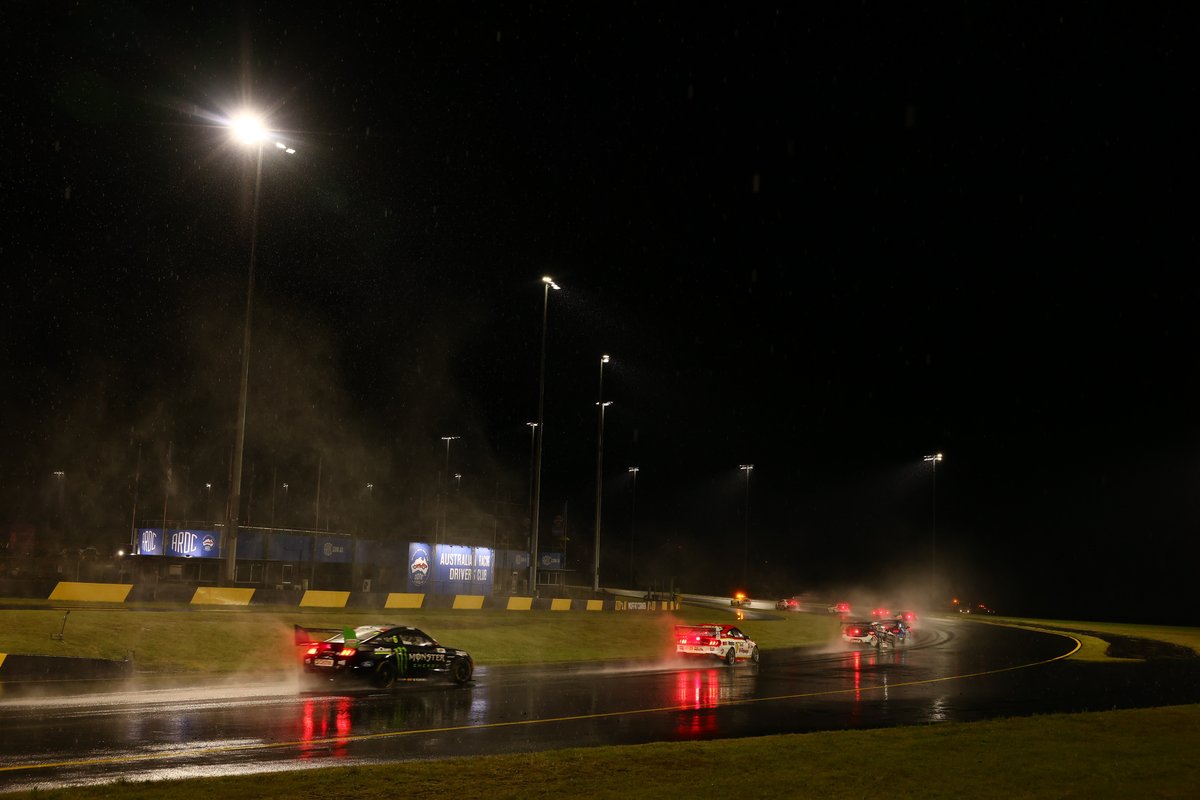 Supercars field on a wet track

Race control then rescinded van Gisbergen's penalty and assessed whether De Pasquale was at risk of sanction, based on rules that prohibit slowing down once accelerating at a restart.

While not formally reported by the stewards, Autosport sources have indicated that the wet conditions played a key role in the decision not to penalise De Pasquale for his role in the incident.

That's because it was impossible to determine whether there was a loss of traction due to standing water, for example, or a cautious flinch and De Pasquale dealt with both the rain and his floodlit surrounds.

Had similar data applied to dry daytime running it's feasible a different conclusion would have been reached.

In fact a very similar situation did prompt a different conclusion earlier this season.

In Darwin back in June Will Brown was hit with a drive-through for passing James Courtney before the control line during a safety car restart.

However once data revealed that Courtney had braked before the line Brown was cleared before taking the penalty, while a post-race investigation led two Courtney being slapped with a five-second time penalty.