The powerhouse squad announced today that both its drivers will work with fresh faces for the 2021 season, after Shane van Gisbergen's engineer Grant McPherson defected to join fellow Holden squad Walkinshaw Andretti United as its Head of Performance.

After seven years with Whincup, which yielded a brace of Supercars titles in 2014 and 2017, Cauchi will be moved over to the #97 Holden to engineer van Gisbergen, while new recruit Wes McDougall will take over Whincup's #88 machine.

"Although I won't be directly working with Cauchi this year, we're all really excited to have Wes join the team," said Whincup.

"Wes and I were rivals back in Formula Ford in 2002 - him engineering and me driving - and we've had a similar progress through the sport.

"As we all work as a team at Red Bull Ampol Racing, both engineers will work on both cars, so Cauchi and I will continue to work closely throughout 2021 and beyond, although I've really enjoyed the last seven years working directly together.

"While I'd love to still be working with Cauchi, sometimes change is as good as a holiday, and I'm sure that's the same case for him now working with SVG. 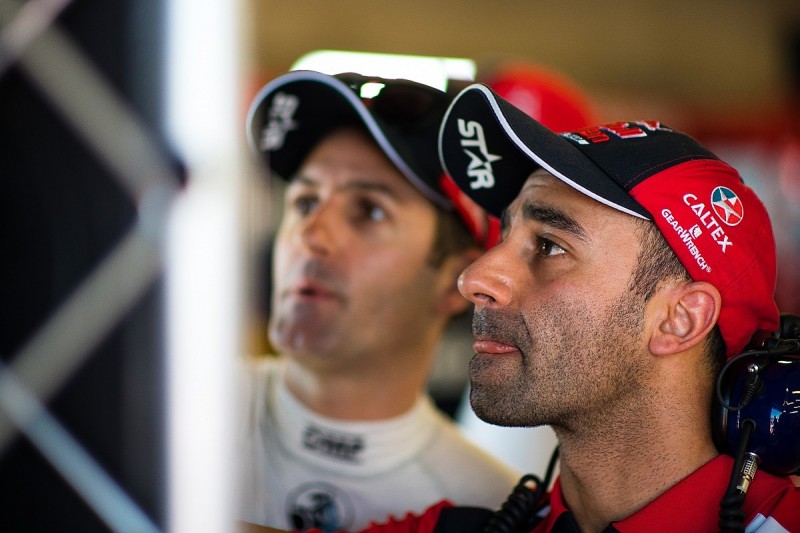 "I'm hoping being the elder driver in the team that I can help guide Wes in his new role - although he has a lot of experience - and make sure he's comfortable in the engineering team."

McDougall arrives with a wealth of Supercars experience under his belt, following stints at Stone Brothers Racing/Erebus Motorsport and Matt Stone Racing, running Todd Hazelwood to the Super 2 Series title in 2017.

"I'm incredibly excited to join Red Bull Ampol Racing in 2021, and in particular to engineer Jamie," he said.

"To be able to work with an established, professional and fast driver such as Jamie is an awesome opportunity, and I plan to help him and the team continue their winning ways."