Seven-time Supercars champion Jamie Whincup is expecting the series to undertake ongoing "high-quality" aerodynamic testing in a bid to find true parity between the Holden, Nissan and the dominant Ford

The Ford Mustang has won all six races so far this season and has sparked a parity debate within Supercars, with aerodynamics and the centre of gravity proving to be the key points of contention.

While the centre of gravity was addressed through testing and subsequent ballast re-positioning requirements for both the Fords and Holdens, aero remains a hot topic.

Despite being signed off after an 11-day controlled aerodynamic test process last December, there is still a theory among rival squads that the Mustang has a distinct downforce advantage that shows up strongly mid-corner.

It is understood Supercars considered wind tunnel testing as soon as next week to properly assess the Ford, Holden and Nissan models, but this is no longer going ahead. Whincup is still convinced there are elaborate testing plans in the works.

"I'll tell you what is going to happen, there's going to be a lot more testing that goes on over the next three or four months from Supercars, some proper high-quality stuff," said Whincup.

"They're going to spend a fair bit of money to guarantee that all three models are exactly the same.

"Which is welcomed by everyone, because then we can stop talking about it and whoever is standing on the top step of the podium is genuinely the best team.

"I think we've just to hang in there. Yep, mistakes have been made, if you know what I mean. They're getting rectified, we're up and down.

"Give it three or four more months and we'll be as perfect as it can be. You'll just go back to good old fashioned racing, which we're all looking forward to." 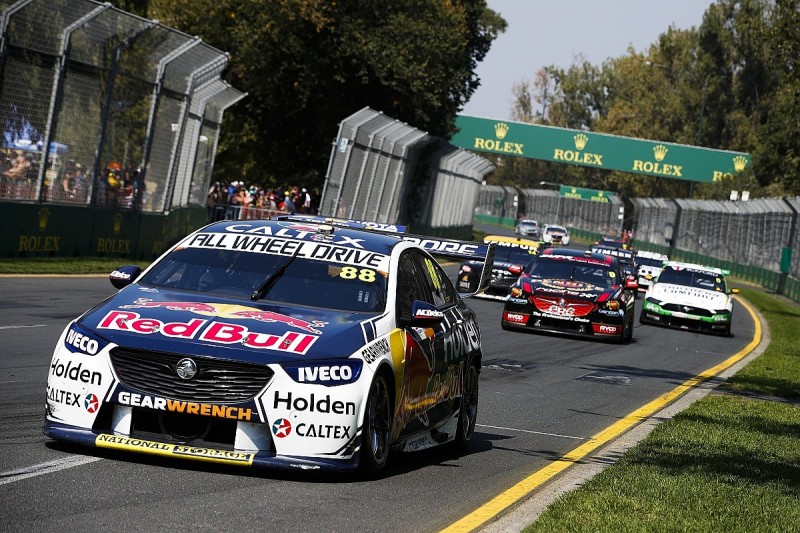 Supercars declined to comment on Whincup's comments when asked by Autosport.

Whincup had topped the second practice session ahead of this weekend's Symmons Plains round.

Holden looked out the top five positions in the session, but top drivers from both Ford and Holden were coy on whether the latest centre of gravity changes was a key factor.

"I don't think the centre of gravity is a big thing; I'm 15 kilos heavier than Jamie [Whincup] and we're pretty evenly matched every week.

"Our cars weigh the same, I run a bit less lead, and we're separated by nothing.

"I don't think you'll get answers this weekend, Phillip Island will be the real test."

DJR Penske's Scott McLaughlin said the Mustang looked "ugly" due to the chassis weight changes but that the handling was the same.

Whincup added that the Mustangs could still factor in the weekend's battle because of disparate tyre use in practice, but McLaughlin argued a mistake at Turn 1 cost him his best lap time, rather than a tyre choice.