Triple Eight boss Roland Dane says he expects the parity "slip-up" with Ford's new Mustang to be corrected before the 2020 season, without Supercars resorting to costly wind tunnel testing

The ongoing aero parity saga took its latest twist on the eve of last weekend's Darwin round, with an adjustment to the Holden Commodores helping shift their aero balance to the front of the car.

It was the third in-season parity adjustment since the introduction of the Mustang, following a centre of gravity change before Symmons Plains, and an adjustment to the Mustang's controversial aero package before the Perth round.

The perceived disparity has largely been blamed on the Supercars aero testing model, known as VCAT, which is completed through real-life straight line running.

There have been suggestions that the only way to solve the current debate is through a side-on wind tunnel test, however that plan is complicated by the lack of a suitable facility in Australia.

While admitting he is "not sure" if the latest adjustment will result in true parity between the Holden, the Ford and the Nissan, Dane is against a costly overseas wind tunnel test.

He reckons the Mustang is simply a "slip-up" in the usually-reliable VCAT system, and tips that through ongoing CFD analysis and more testing at the end of this season, parity will be achieved for 2020.

"In a perfect world, where we had wind tunnel facilities in this country which were available to us, we would undoubtedly do [a wind tunnel test]," said Dane.

"But we don't have them. There are no suitable wind tunnel facilities in Australia. So that means going overseas, and there's a big, big cost associated with that.

"The fact is, for many, many years if you roll back to Project Blueprint in 2003 through to the end of last year, we've had parity that was close enough to do the job.

"Now we've made one slip-up.

"We'll do a better job at the end of this year as a category in putting it right, using an improved version of the testing tools that we've got here in Australia." 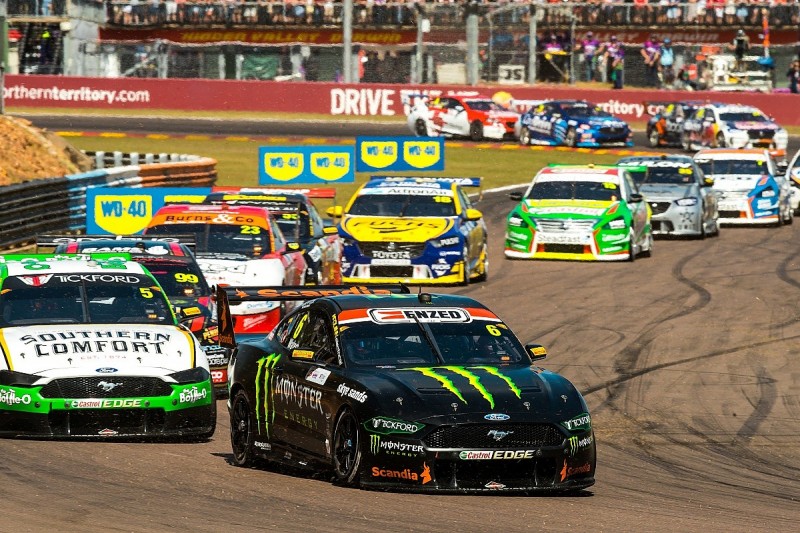 Tickford Racing boss Tim Edwards, whose team runs four of the six Mustangs in the field, agreed that the VCAT system should not be underestimated.

"Formula 1 teams do it. Anyone who watched the Canadian Grand Prix would have seen cars running around in Friday practice with aero tools hanging off the car, because ultimately testing cars in real life is the ultimate tool.

"Even my time in F1, we were designing in CFD, we're running it in the wind tunnel, then we would go and run the F1 car down a runway as the final sign-off."

Supercars gets extension to pitch for new fifth Bathurst event