It was Whincup that got the best start, the seven-time series champion jumping polesitter van Gisbergen on the long run through Turn 1 and into Turn 2.

Behind the two Red Bull Holdens the big winner on the first lap was James Courtney, who barged his way down the inside of both Dick Johnson Racing cars at Turn 2 to grab third spot.

Whincup then steadily edged away from his team-mate across the first stint, the gap stabilising at around three seconds.

Courtney, meanwhile, didn't quite make it to the end of the first stint in third place. Having shadowed van Gisbergen in the early stages, his pace dropped off dramatically around the lap 20 mark.

That brought Anton De Pasquale into the game, the DJR Mustang sliding down the inside of the Tickford Ford at Turn 13 on lap 23.

Courtney then dropped behind Percat before taking his first stop on lap 27, a lock-up on his out-lap then taking him right out of contention.

Whincup took his first stop on lap 29, while van Gisbergen stretched his first stint until lap 33, took on more fuel and dropped back to third behind De Pasquale.

Van Gisbergen wasn't there for long, though, quickly reclaiming second spot on lap 36.

By then Whincup was more than nine seconds down the road, but the gap didn't last. Van Gisbergen was able to chase Whincup down across the second stint, just two seconds between then when Whincup made his second stop on lap 58 of 87. 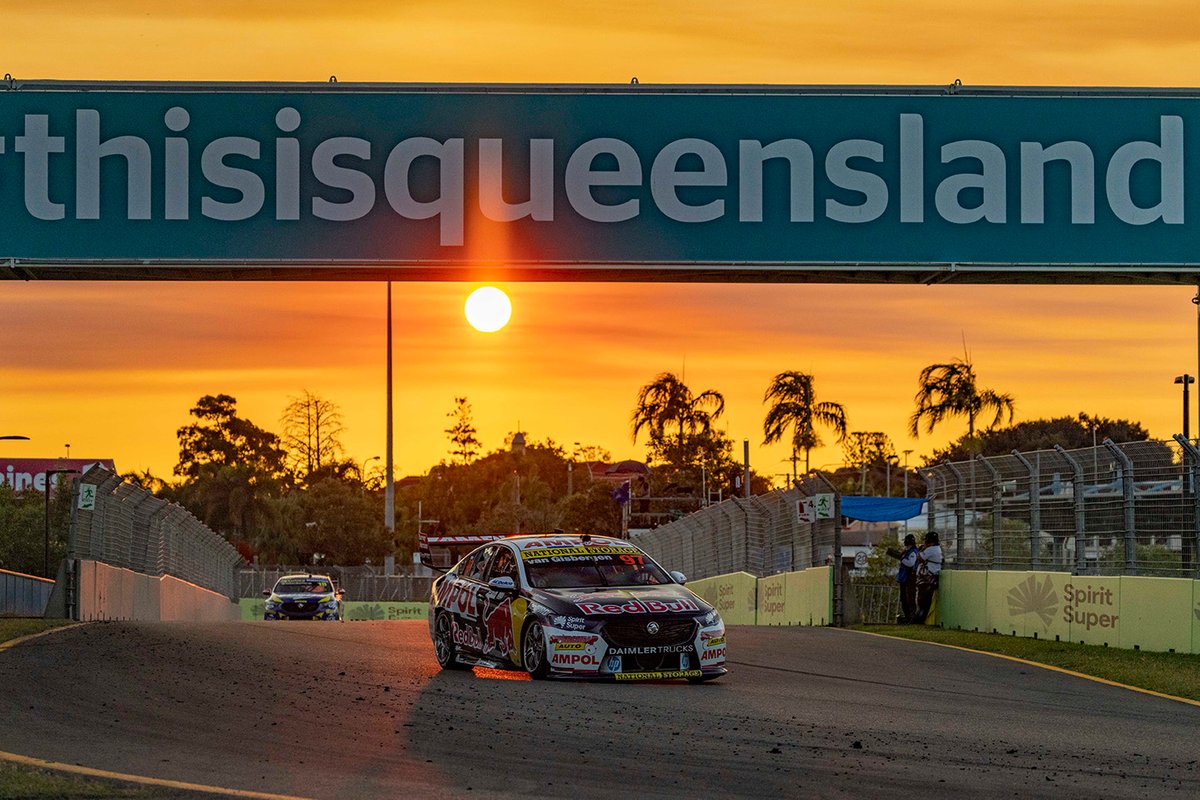 Within a couple of laps the gap was less than a second, van Gisbergen then sliding down the inside of his team-mate at Turn 11 on lap 70.

With more than a quarter of a minute to the rest of the field, the T8 drivers could then cruise to a comfortable one-two, 7.3s separating them at the finish.

Van Gisbergen's only concern at the finish was his fitness, as he continued to recover from a collarbone injury sustained earlier in the year.

De Pasquale finished a lonely third ahead of Percat. David Reynolds was fifth, despite spending most of the third stint with mirrors full of Tim Slade.

Will Davison had been running in a comfortable fifth until three laps from the end, when he was forced to make a third stop due to a miscalculation on the minimum fuel drop. That left him ninth at the chequered flag.

The Townsville 500 continues with a second 250-kilometre race tomorrow.