Tickford Racing says it hopes to conclude contract discussions with Mark Winterbottom after the Bathurst 1000 weekend, in a statement responding to speculation over the 2015 Supercars champion's future

Winterbottom is understood to have been offered a new contract by the squad he first joined in its Ford Performance Racing guise in 2006, but has so far not put pen to paper to extend his deal beyond the end of the current season.

That has led to speculation he could be looking outside Tickford, with rumours that he could even switch sides and join one of the Holden teams for 2019.

Tickford Racing issued a statement on Friday responding to the paddock chatter, stating that contract discussions are on hold over the Bathurst weekend.

"Tickford Racing would like to address this week's speculation of Mark Winterbottom's future with the team," it read.

"We have enjoyed a tremendous and immensely successful partnership with 'Frosty' over the last 13 seasons and we have been in discussion to see that partnership continue.

"Following this weekend's event we will be meeting with Mark to finalise those discussions. 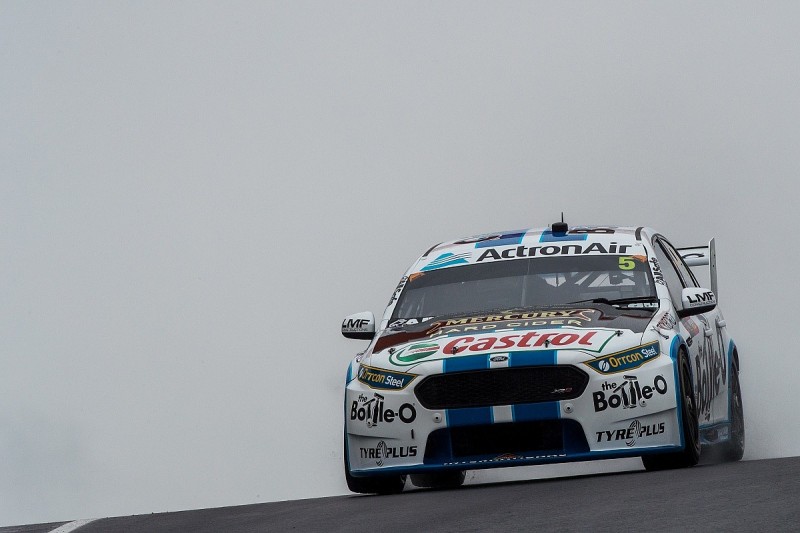 "Our shared focus remains on winning this weekend's Supercheap Auto Bathurst 1000, a feat we achieved together in 2013.

"No further comment will be made on the matter this weekend."

Tickford has struggled this season and is yet to win a race in 2018, while Winterbottom's own win drought stretches back to November '16.

Winterbottom's 2015 title is the only championship in the last seven years won by a Ford driver.