He was involved in a post-race altercation with Porsche rival Glen Wood on Saturday.

A stewards' hearing into the incident was adjourned ahead of the Supercars opener on Saturday, clearing the way for Moffat and Mostert to clinch victory.

On Sunday morning stewards banned Moffat from the second Porsche race but gave him the green light to contest the ultimately-abandoned Supercars finale.

But Tickford was already prepared in case Moffat was sidelined completely.

Shortly after hearing the news about Moffat's paddock scuffle, the team sent Super2 regular Shae Davies back to his Main Beach apartment to collect his racing gear.

Had Moffat been banned, Steve Owen would have been moved from Richie Stanaway's car to Mostert's, while Davies would have then partnered Stanaway.

"It was going to involve some shifting around," said Tickford boss Tim Edwards.

"I was thinking Steve Owen has worked with Chaz in the past, so they know how they fit in the car, etc.

"It made sense to maybe move Steve into that car and put someone else with Richie." 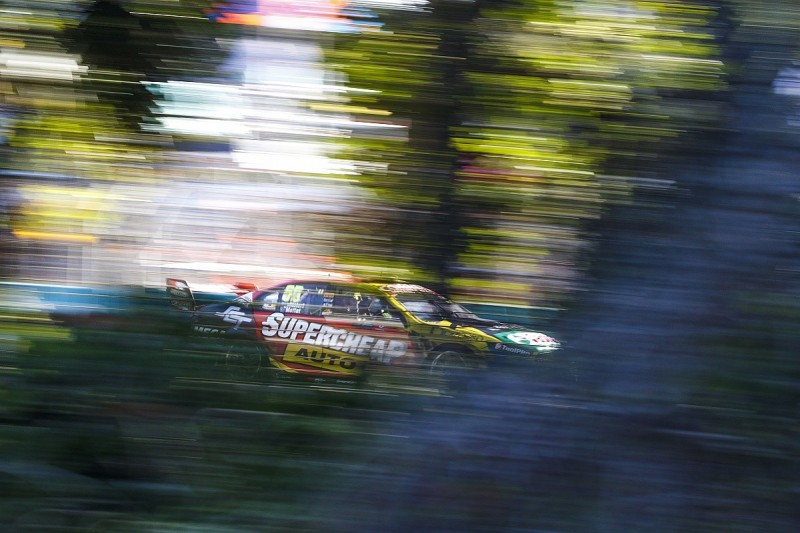 Edwards admitted he was concerned about the severity of a potential ban working off his second-hand information as rumours of the scuffle first spread.

"You instantly think that if it was true and he did actually get his licence suspended on the spot, we could be without a driver for the race," Edwards explained.

"You instantly think about who you could put in. You look at the Carrera Cup grid, what Super2 drivers might live in south-east Queensland, etc.

"You've got to think that they'd have to have a [Supercars] superlicence to start with and so you pretty quickly come up with a shortlist of people who could do it.

"Phone calls started to happen, because we needed to, and then it'd be a process of seeing the stewards and trying to get approval, no doubt starting from the rear of the grid.

"We absolutely had to start thinking about it."

Davies emerged as the obvious candidate, given he lives just outside the circuit perimeter and races an ex-Tickford Ford in the second-tier Super2 series.

"Fortunately he wasn't already five beers in, which would have scuppered him pretty quickly," joked Edwards.

"The good thing with Shae is he drives the exact same car, pretty much, in Super2."