Shane van Gisbergen has secured the 2021 Supercars title after the final race at Sydney Motorsport Park was declared due to bad weather.

The Triple Eight driver just needed to finish within 49 points of teammate Jamie Whincup in today's 250-kilometre race to claim the 2021 crown.

That proved to be easier than expected, Supercars officials calling off the race after just a handful of laps behind the safety car due to bad weather.

The non-result means van Gisbergen will head to Bathurst next week with an unassailable points lead.

He won't be formally crowned champion until after the Great Race, though, due to the unlikely event he's slapped with a points penalty.

"It sucks we couldn't put on a show but it's been an awesome time [in Sydney]," said van Gisbergen.

"It's super cool to win another championship, I'm over the moon.

"We haven't been fast enough [at Sydney Motorsport Park] but we've got results and been consistent. Less mistake than others. We had one bad but the rest of them we were always up there.

"I can't thank the team enough, it's been an awesome season. Our cars have been really strong almost everywhere. I'm super stoked." 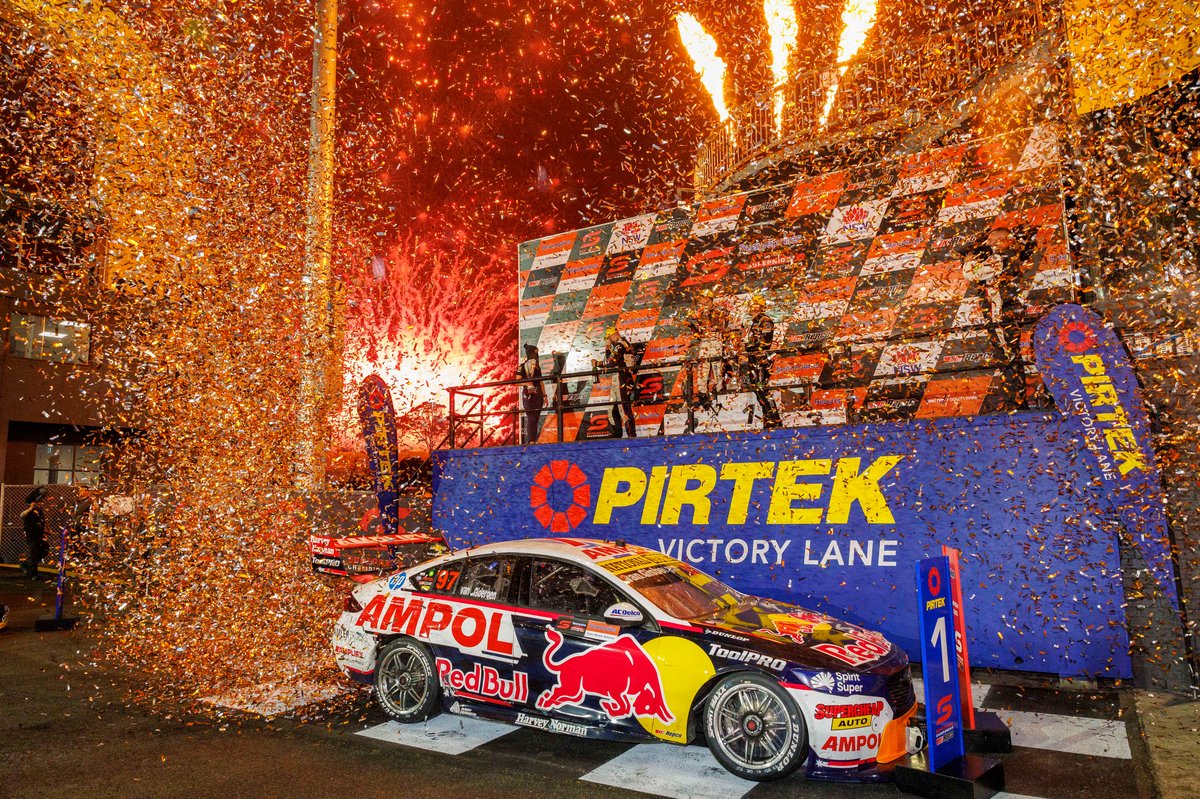 Van Gisbergen set up his title-winning season with a remarkable run of form early in the season.

He won the first six races of the season, four of those coming just weeks after he broke his collarbone in a mountain bike crash.

The Kiwi has been in cruise control in terms of the title fight ever since, able to keep closest rival, teammate Jamie Whincup, at arm's length.

The BJR driver led the field behind the safety car for five laps until the race was red flagged and the field called into pitlane.

They sat there for some time until officials decided to abandon the race due to standing water on the circuit following a day of consistent rain.

Earlier the Super2 race had been red flagged and not restarted after several drivers went off in the first few laps.

The 2021 Supercars season will conclude with the Bathurst 1000 on 5 December.