The Kiwi was one of a handful of drivers to gamble on the super soft for the start of the race, he and team-mate Jamie Whincup bolting away at the start.

The issue for van Gisbergen, however, was that he was behind Whincup. That meant when the safety car was called to retrieve Macauley Jones' stranded Holden on lap seven, Whincup had pit priority.

The entire field opted to pit during the caution, which meant van Gisbergen dropped to the back end of the top 10 as he started a long middle stint on the hard tyres.

That middle stint belonged to the Tickford cars, Cam Waters leading the charge on super soft tyres as he went from eighth at the restart into a comfortable lead from team-mate Jack Le Brocq.

Waters was able to run reasonably long, too, pushing the super soft out to lap 34, with well over 20 seconds in hand over the best of the drivers going to the super softs for the final stint.

Initially leading that charge was Brodie Kostecki and Chaz Mostert, who hadn't used the super soft until the final stint.

But ultimately they were no match for the T8 drivers who went back on their seven-lap old super softs for a long run home.

There were no repeat of last week's team orders drama, Whincup quickly making way for van Gisbergen in the final stint as it became clear the Kiwi had the pace.

A sprinkling of rain then played into the super soft-shod Red Bull Holdens, wet weather master van Gisbergen mowing down the likes of Mostert and Kostecki before hunting down Waters with three laps to go.

"I thought it was done once we used the softs [in the first stint]," said van Gisbergen.

"That was awesome, we got a second lease of life on [the super softs]. Jamie let me through which was really nice of him, makes up for last week.

"We lack a bit in qualifying but in the races our cars are jets." 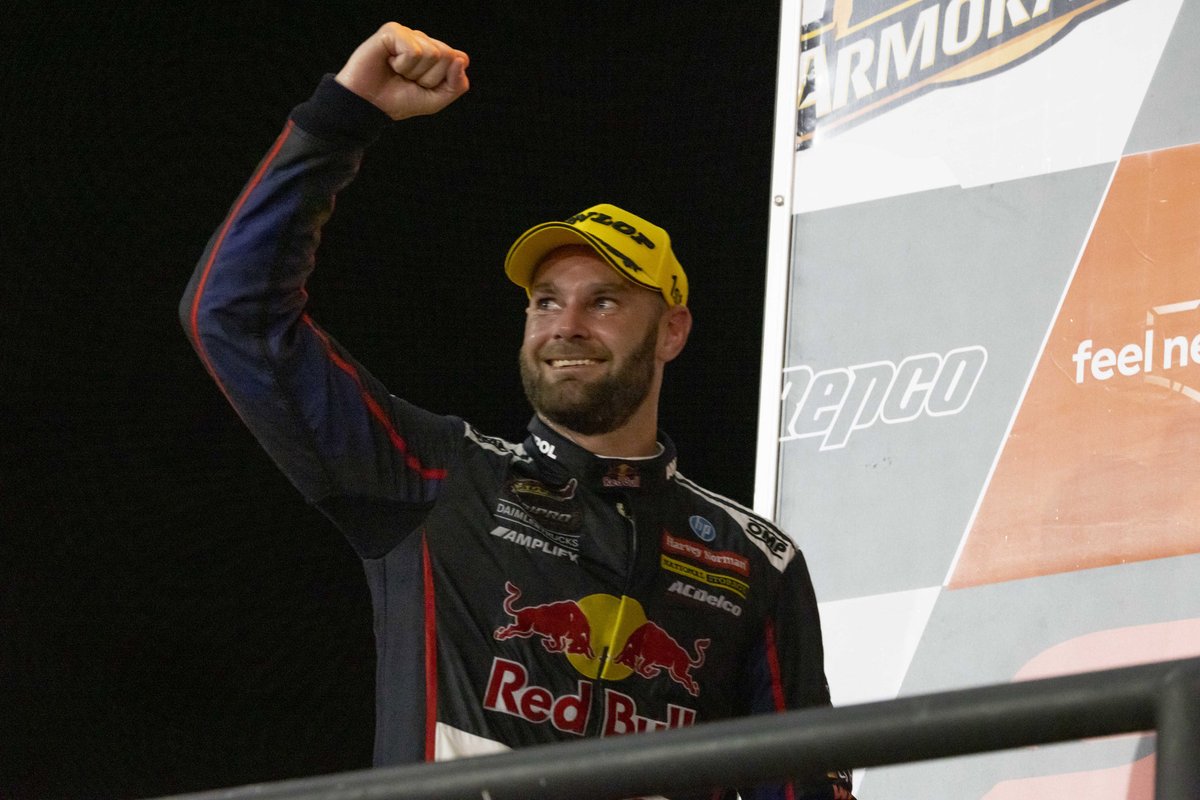 Whincup came through the finish second, while Waters did well to hang on to third against cars on the super softs in the greasy conditions.

"As soon as the rain came I knew I was going to struggle a little bit [on the hard]," said Waters.

"But I've forgotten what this feels like [on the podium]. We've had such a tough run here at SMP.

"Massive credit to the guys, they pushed through the whole time. It would have been nice to give them a P1, but a podium feels like a win."

Anton De Pasquale came home fourth after running the super soft in the final stint, the polesitter struggling for race pace compared to the T8 drivers.

Mostert slipped back to fifth ahead of Scott Pye, who ran super softs twice, and Erebus pair Will Brown and Kostecki.

Van Gisbergen is now in the box seat to secure the $25,000 Sydney Cup, and could well seal the Supercars title tomorrow. All he needs to do is finish within 49 points of Whincup.