Runaway Supercars championship leader Shane van Gisbergen won under lights at Sydney Motorsport Park after first-time poleman Will Brown was robbed of a first victory shot by a faulty wheelnut.

Erebus Holden driver Brown made a perfect start to the race, holding off Triple Eight pair Jamie Whincup and van Gisbergen on the opening lap before settling into the lead.

The rookie continued to lead until lap six when he pitted to cover Whincup, who had stopped a lap earlier. However his race then unravelled as a faulty wheelnut led to a 20-odd second stop that took him out of the running.

That effectively left the two T8 drivers in control of the race, van Gisbergen leading for the next six laps as he went long on his set of hard compound Dunlops.

That meant he came out behind Whincup, who enjoyed the short-term benefit of the undercut, but the Kiwi had significantly better tyre condition. On lap 18, van Gisbergen eased his way past his team-mate to take over a lead he would hold until the finish.

His final winning margin over Whincup was 17s, the one-two coming in what is Triple Eight's 250th round in Supercars.

"Admittedly the fastest car [practice pacesetter Anton de Pasquale] was at the back [after a gearbox issue in qualifying], so I'm excited to see how we go against them tomorrow. But the team has done a great job. I hope it was a good show."

The battle for third place boiled down to a tense scrap between Will Davison (Dick Johnson Racing) and Nick Percat (Brad Jones Racing) in the final third of the race. 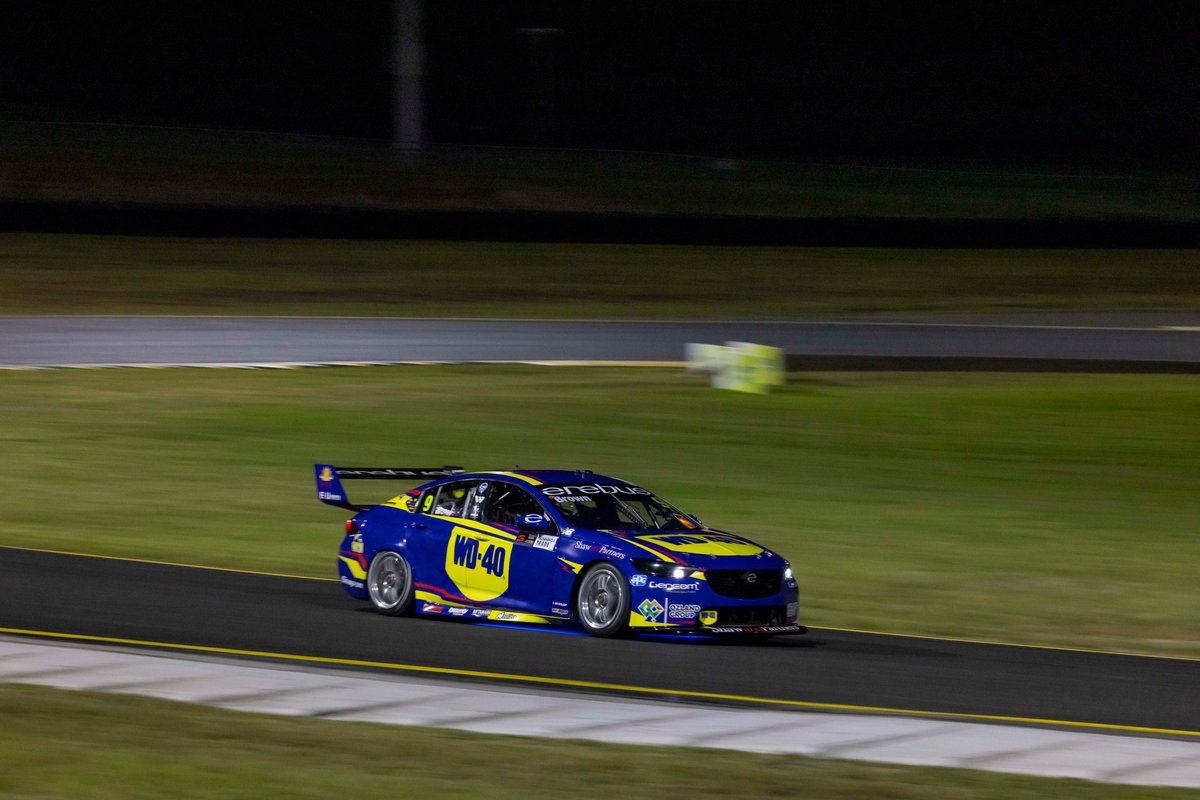 Percat threw everything he had at a defensive Davison, particularly in the closing laps, but the Mustang driver held on by a few tenths. Post-race, however, Davison said he was more worried about lap one contact with van Gisbergen that sent him wide at Turn 2.

"I tried to go two wide with Shane through [Turn] 1, I don't know what his problem is with me but he tried to screw me in practice this morning, just had me off out of [Turn] 1," said Davison.

"Bit weird. But that's not my excuse, I wasn't quick enough early on the hard tyres."

Brodie Kostecki was in the hunt for that podium fight, only for the Erebus team's night to go from bad to worse early in the second stint. The #99 Holden driver was slapped with a drive-through for speeding in pitlane, 23rd the best he could manage at the finish.

Percat's BJR team-mate Todd Hazelwood finished fifth ahead of Jack Le Brocq, who was best of the drivers to run the 'alternate' strategy.

The Tickford driver started on the softs rather than the hards, and was able to work his way through to second place before switching to the hard.

He then resumed in what was effectively fourth, but lost spots to Percat and Hazelwood on the soft tyres.

Brown, meanwhile, recovered to 11th, one spot ahead of De Pasquale.