Anton De Pasquale took a comfortable victory in the opening 32-lap heat of Supercars' third weekend of racing at Sydney Motorsport Park, his fourth win of the championship's Sydney swing.

The Dick Johnson Racing Ford driver had only won once, at the Bend, in the first 19 races of the championship after switching from the Erebus Holden team last year.

But De Pasquale has been in fine form since the championship reconvened following a three-month COVID-enforced break at Sydney for a stretch of four back-to-back weekends at the same venue, taking five pole positions from the seven races to date, converting four into victory.

A decent start from his latest pole gave De Pasquale an early lead, initially ahead of Jamie Whincup until points leader Shane van Gisbergen eased his way into second on lap eight.

The two Red Bull Holdens then did their best to mob De Pasquale around the stops, Whincup pitting on lap 11 to bring the undercut into play.

The ploy worked, at least initially, as De Pasquale resumed behind the seven-time champion after taking on four new tyres on lap 16.

Whincup managed to hold De Pasquale off for the best part of a lap, the slight delay allowing van Gisbergen to pit, take on two new tyres, and take over the lead.

But the Kiwi's stint at the front was short-lived. With a significant grip advantage from four new tyres, De Pasquale was able to swiftly find a way past van Gisbergen.

Once in front, De Pasquale's only concern was a brief safety car to retrieve Bryce Fullwood's stranded car from the outside of Turn 3. However he was able to nail the restart before cruising to a two-second win. 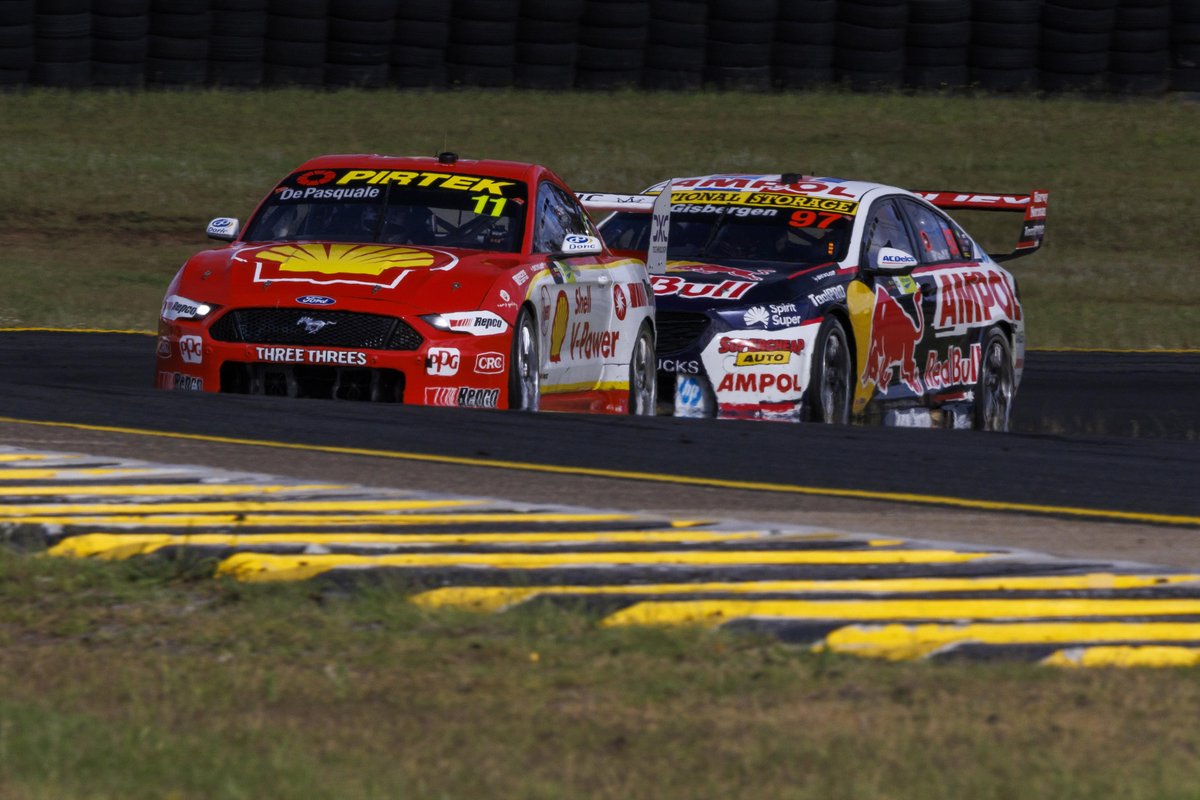 He said after the race taking on four tyres was the right call, even if it means van Gisbergen's tyre bank will look better tomorrow.

"I'm pretty stoked to get the win," said De Pasquale.

"We used a couple more tyres than the other guys, but that's all good. [Four tyres] was the fastest way to the end. We were on pole, we were leading the race, you don't want to throw it away.

"We'll take the win when we can get it. We'll find out how that works out tomorrow, but we're happy with the win. If you get one of those a weekend, you're going good."

Erebus driver Will Brown finished a fine third, despite a slow stop for four new tyres. The safety car was good news for him, condensing the field and bringing his extra grip into play. Team-mate Brodie Kostecki then let him through late in the race on the promise that if Brown didn't get past Whincup, he'd give the position back.

But Brown had little trouble getting past to claim the final spot on the podium.

Whincup finished fourth ahead of Kostecki, while Scott Pye and Zane Goddard also made good headway after the restart to finish sixth and eighth respectively.

Between them was Will Davison, who survived a mighty scare on the run to Turn 1 when he was squeezed into the pitwall by Whincup. 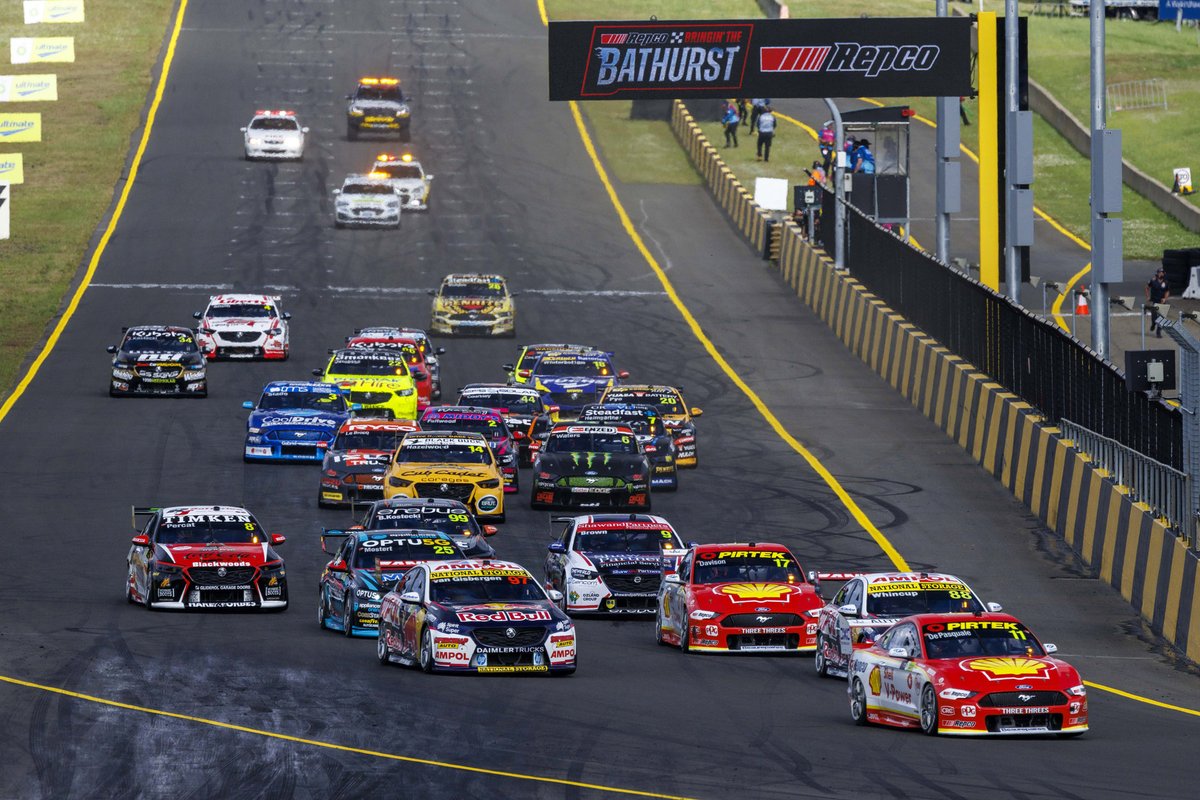 "I didn't think he'd keep driving me to the wall. Lucky I lifted otherwise it would have been a pretty big accident.

"I thought I was going to get through [but] it was nearly a shunt. I avoided that luckily."

There were some hard luck stories in the field, including an absolute shocker for Tickford. James Courtney spun at the first corner at the start after being bumped by Pye, before Cam Waters was turned into the wall by team-mate Jack Le Brocq as they battled Todd Hazelwood late in the race.

Le Brocq was slapped with a drive-through for his efforts.

Nick Percat, meanwhile, had to have a right-front suspension problem rectified during the race which cost him seven laps in the pits. He was then handed a drive-through for an unsafe release.