Supercars stewards have clarified why two different penalties have been handed out for the breach of same minimum tyre pressure rule at the last two events.

The 17 psi minimum has been a factor across the last two race weekends, the hot weather in both Darwin and Townsville helping teams bleed tyres to a lower true pressure.

However there have been two instances of teams being caught out by lower-than-expected rise in temperature on the way to the grid.

In Darwin, Nick Percat was left sitting on the grid with two tyres under 17 psi, his Brad Jones Racing crew getting permission to change them before the formation lap.

He went on to finish the race third, the stewards allowing the result to stand but stripping BJR of its teams' points from the race as punishment.

In Townsville yesterday Matt Stone Racing driver Jake Kostecki had a similar issue, his rear tyres dropping below 17 psi on the grid and on the formation lap.

However he was disqualified from the race, the lack of consistency across the two penalties reportedly drawing the ire of team boss Matt Stone.

Motorsport Australia has this morning released an explanation from the stewards, which outlines that subtle differences in the two cases – likely to be that Percat didn't actually race on the illegal tyres – contributed to the different outcomes.

"The referral from the [deputy race director] stated that the competitor admits the rule had been breached as alleged, but agreement could not be reached with the competitor on the penalty to be applied," read the statement.

"The DRD had proposed the category’s recommended minimum penalty, which is disqualification of the car from the race. 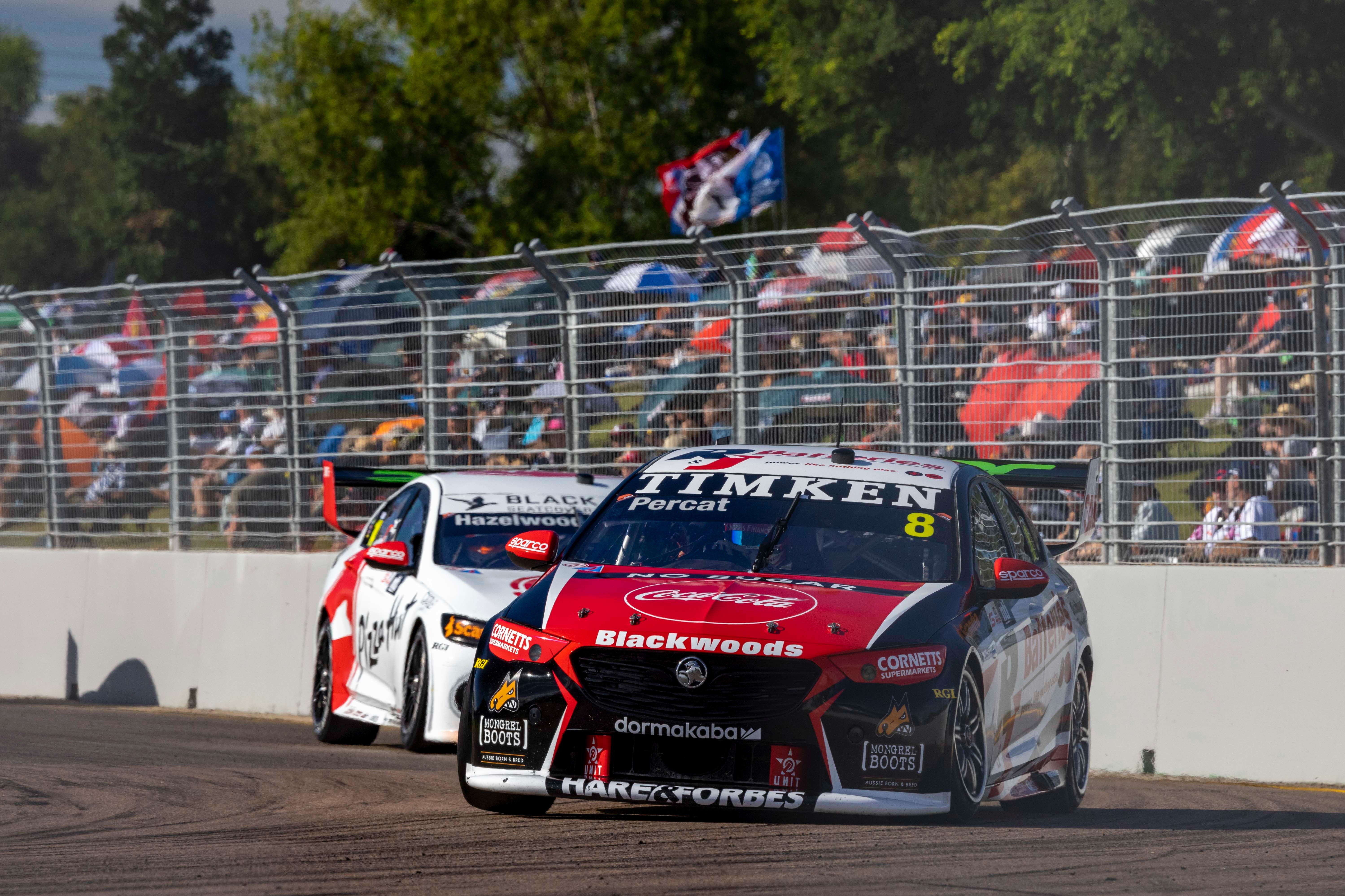 "The authorised team representative confirmed the facts and that the issue for determination by the stewards is the penalty to be applied. He submitted a penalty other than disqualification should be imposed.

"He referred to the stewards’ decision in Race 12 of the championship, held at the Darwin event, which he submitted was a breach of the same rule and so the Stewards should apply that penalty in the current circumstances.

"In reply, the DRD acknowledged that the same rule was in issue in the decision the competitor referred to but said that the circumstances in that matter were different and that the stewards should not consider themselves bound by that decision and look at the facts of the current matter before them and consider the issue on its merits and apply the recommended minimum penalty.

"The stated and obvious purpose of the Table of Recommended Minimum Penalties document is to promote certainty for the competition through the consistent application of penalties for breaches of the same rule.

"However, blind application of the Recommended Minimum Penalty is inappropriate. The document acknowledges that the determination and imposition of penalties are matters entirely for the stewards, using their discretion.

"While consistency of penalty is an important consideration, the stewards accept that each case must be determined on its own facts, which while on the surface may appear be similar, upon closer analysis will be different and can and often do lead to different outcomes between cases.

"The stewards also note that motorsport is very much a team sport. The adage, 'you win as a team and lose as a team' is often quoted in team sports. There is merit and wisdom in that.

"After considering the facts of the current case and weighing up the above considerations, the stewards decide that the appropriate penalty to apply is the Recommended Minimum Penalty, which is disqualification."