The DJR Fords made a smart start to the race, Davison powering into the lead from the outside of the front row as his team-mate Anton De Pasquale slipped past polesitting Cam Waters (Tickford Ford) and into second.

As Waters slipped back to third, championship leader Shane van Gisbergen's Triple Eight Holden made up one early spot, passing Scott Pye before settling into sixth behind Heimgartner and Chaz Mostert.

In clear air Davison was able to control the opening stint, holding a gap of around 2.5s over his team-mate until De Pasquale pitted on lap 17.

Mostert followed suit a lap later before Waters and Heimgartner took their mandatory service on lap 19, the Brad Jones Racing Holden jumping Waters in the process.

On lap 20 Davison made his stop, retaining the effective lead but handing the actual race lead over to van Gisbergen.

As usual the Triple Eight ace ran long, stopping on lap 25 and taking on three new tyres in the hope of an overcut.

He returned to the track in seventh, behind Pye, although was quickly able to clear the Team 18 driver for a second time.

Van Gisbergen did get a small helping hand with 10 laps to go when contact between Macauley Jones and James Golding led to a safety car. 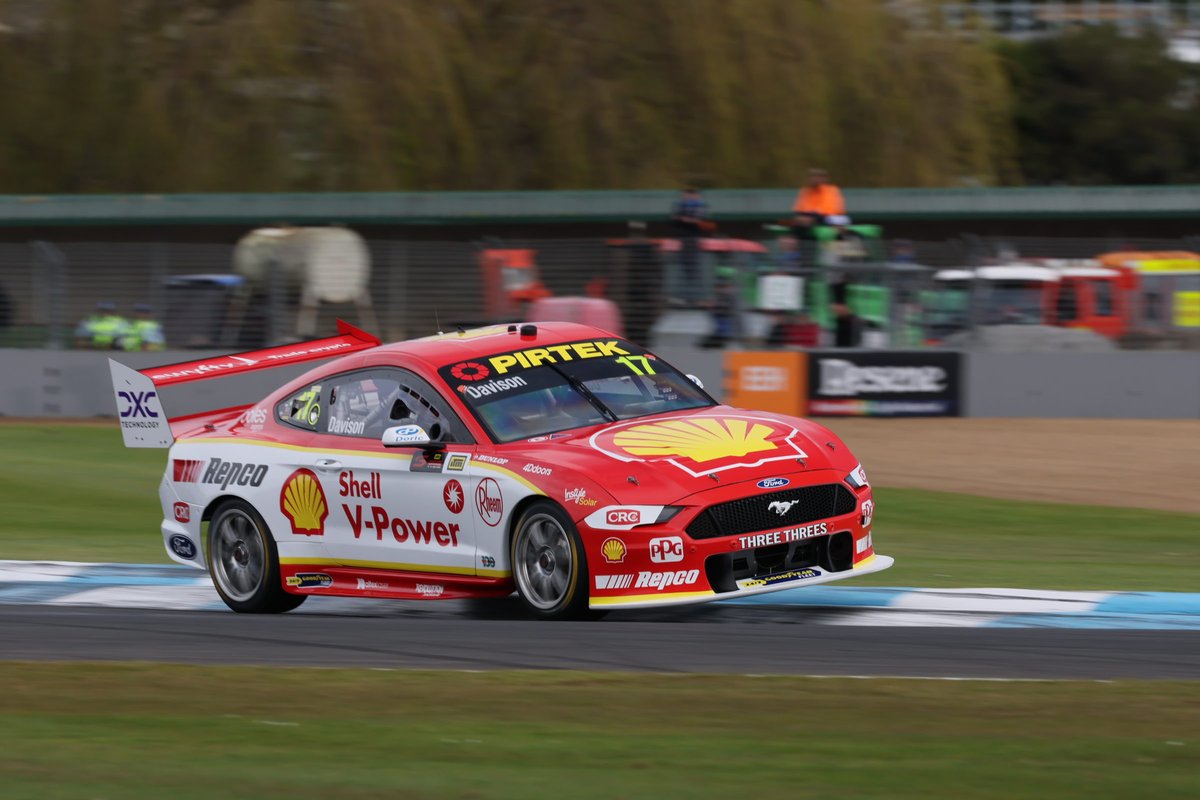 That helped the Kiwi close up on the field, however the five-lap dash after the restart wasn't long enough for van Gisbergen to do much damage. He did get by De Pasquale for fifth, but that was as far as he could go.

Out front meanwhile, Davison was relieved to find that the caution had helped his old front tyres, which weren't changed at his stop, recover for the sprint home. That allowed him to charge to an eight-tenths win over Heimgartner, his third victory of the season and second in as many rounds after winning the Sandown opener last time out.

"I just wanted a straightforward run, but that's the way it goes," said Davison. "I just had to take a breath.

"I'd taken on rears, I think the others had taken on sides, so it actually helped me. It cooled my front tyres and hit helped my balance.

"Once I got the restart underway I was quite relieved because the car was great."

Heimgartner had to work hard for his second place, with Waters the quicker of the two in the second stint. However he was up to the task of holding off the Tickford Mustang after an exciting battle, declaring that the result during the final Supercars round at Pukekohe Park before the circuit closes down early next year felt better than his maiden win at The Bend last year.

That second makes him the fifth Kiwi to finish on the podium in a race in New Zealand along with van Gisbergen, Scott McLaughlin, Greg Murphy and Fabian Coulthard.

Mostert finished the race fourth ahead of van Gisbergen and De Pasquale, while the rest of the top 10 was filled by Broc Feeney, Nick Percat, David Reynolds and Pye.