Supercars is open to the introduction of a more aggressive, high-degradation tyre compound for its 2021 season

The category currently uses two different compounds of Dunlop control tyre, however, while they are aggressively titled as 'soft' and 'super soft', neither degrade in a particularly dramatic fashion.

There is no scope for strategic creativity across the two compounds either, with new tyre allocations pinned to one or the other depending on the event.

In a bid to spice up the racing, the category is investigating the re-introduction of a more aggressive compound with high degradation, similar to when the soft compound was first introduction back in 2009, which could be used as a 'wildcard' at suitable rounds.

It won't happen next year, though, with Dunlop - which is about to ink a fresh five-year deal as the Supercars control tyre supplier - needing significant lead time for development and testing.

That means a major compound change is unlikely until at least the 2021 season.

"We're pretty clear on what the fans want to see and what the drivers want, and they're aligned in terms of the show.

"2020 is obviously too early, we'll see what road map and testing opportunities we've got next year and whether '21 is feasible." 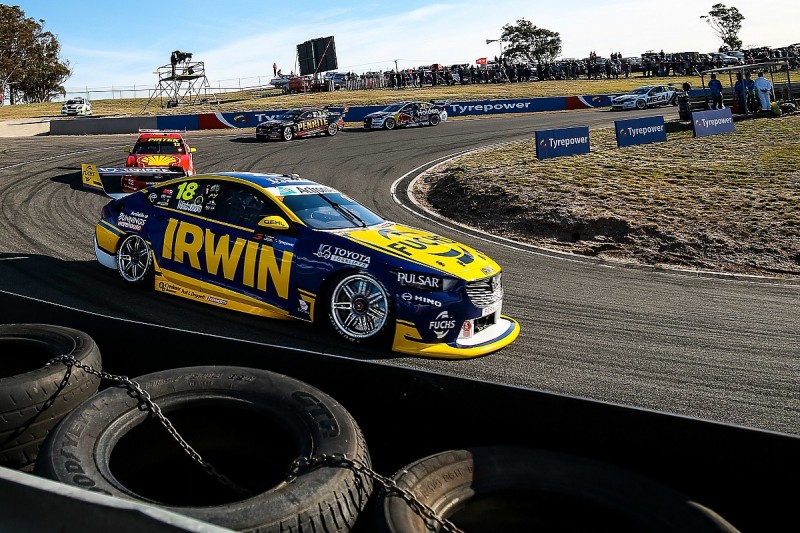 What is clear is that the tyre bank will disappear from Supercars next season.

Teams will effectively be given an additional two sets of brand new rubber per event, increasing the allocation from 28 to 36 tyres in most cases, to avoid the use of pre-marked rubber in practice.

There will be a separate allocation for testing, likely to first be made available to teams at an all-in pre-season test at The Bend early next year.

"Our number one priority is to get rid of the tyre bank for next year and get to an allocation that improves the show and we've got a form guide on Friday," said Seamer.

"There has been unanimous support from everybody that that's the direction we need to go in. You'll just bring your rims and you'll get greens for the weekend."

The new Dunlop control tyre deal is set to be announced along with the 2020 calendar next week.

Supercars and TCR Australia in battle for new Bathurst event