Richie Stanaway could be on the Newcastle grid next March in a Boost Mobile Camaro as part of a three-round wildcard programme.

That's the plan being put together by Boost founder Peter Adderton in the wake of his admission that he won't have a full-time entry for the 2023 Supercars season.

Adderton confirmed to Autosport that in lieu of a full-time entry next year he has pitched the idea of three wildcards to Supercars.

His preferred schedule for the programme is the season-opening Newcastle 500, a return to the Bathurst 1000, and then the Gold Coast 500 – which, should the plan come together, would once again have Boost Mobile as the naming rights backer.

It also includes satellite support from Triple Eight to run the Boost Mobile Racing entry at those three events, as well as Stanaway taking part in the official Gen3 testing programme at the end of January.

Adderton is hoping to hear back from Supercars next week.

One sticking point could be plans from Supercars to restrict teams to just one single-driver wildcard per season.

That would mean a three-round wildcard would only be feasible if it included one single-driver round and what should be two enduros – Sandown and Bathurst.

Supercars also has the right to refuse wildcard entries. 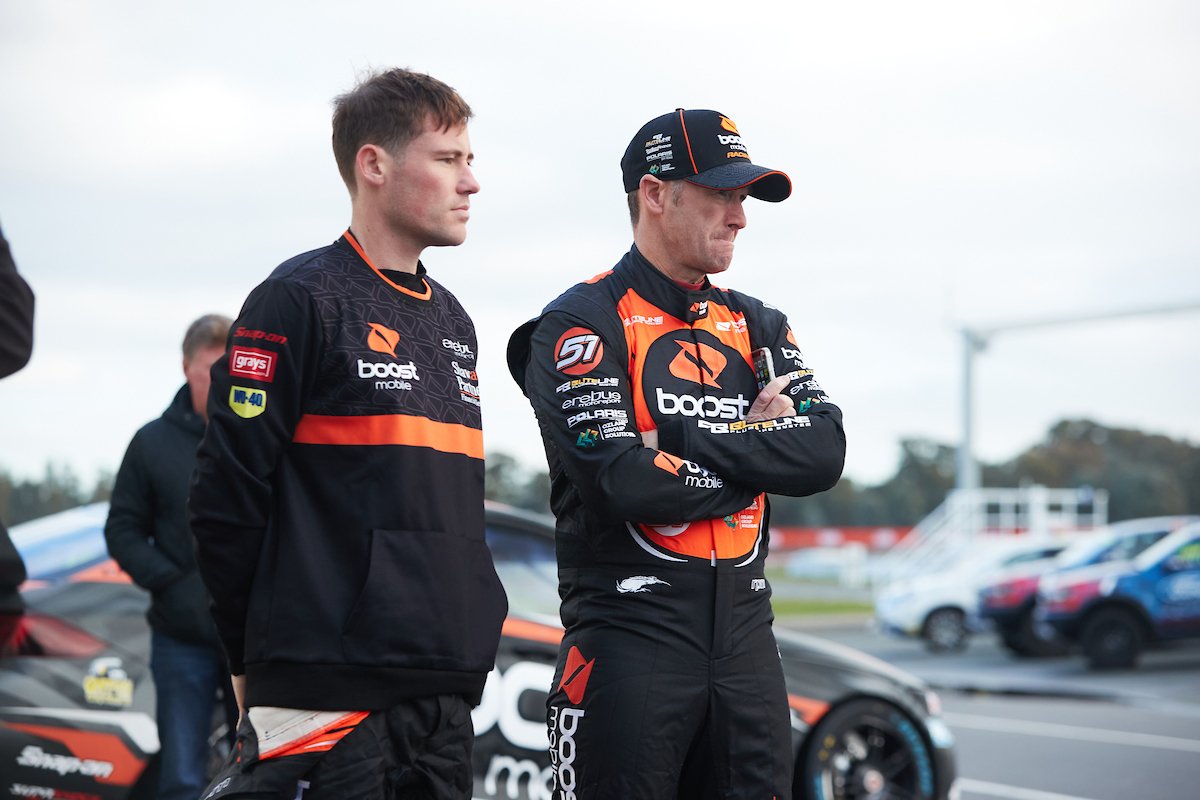 Adderton, however, is hoping the fact he has been a keen backer of other teams in recent years will help shape Supercars' decision on his wildcard plan.

"We find it extremely frustrating that we have stepped up to sponsor teams when they needed it in the past," he told Autosport.

"We helped out Tickford in 2020, we backed Walkinshaw Andretti United when they weren't running at the front, we helped out Garry Rogers Motorsport when Wilson Security walked away, we helped Erebus when Penrite walked away.

"But now we want to do out own thing, nobody wants us. Right now we have sponsor an event and have two cars on the grid – but we're not allowed in be cause apparently we're not good for the sport."

Adderton has been at loggerheads with Supercars over a full-time entry since the Bathurst 1000, where Erebus fielded a Boost wildcard for Stanaway and Greg Murphy.

He has offered to race for no income from the Teams Racing Charter and purchased the T8 Camaro as part of his campaign to be allowed to run as a 26th car.

However Supercars is instead expected to first offer the dormant TRC to existing teams, with Blanchard Racing Team thought to be best-placed to secure it for its expansion to two cars in 2024.