The 2016 series champion was left with a broken collarbone and damaged AC joint from the two-wheeled mishap just over a fortnight ago, which left him in a race against time to be fit for last weekend's Sandown triple-header.

Heeding advice from supercross legend Chad Reed and two-time Dakar winner Toby Price, van Gisbergen embarked on an aggressive recovery process that included two hours per day in a hyperbaric chamber and helped him heal sufficiently to brave it through the three races.

However, the injury did little to slow him down as van Gisbergen won all three races with the aid of a lower, longer steering column in his Red Bull-backed Holden.

"We started with the gearshift [resistance] lower, but the strength isn't too bad, it's just the movement - lifting my arm and stuff," he explained. "I had to lower the wheel and bring it a lot closer. It feels a bit weird, but once I was out there I got used to it." 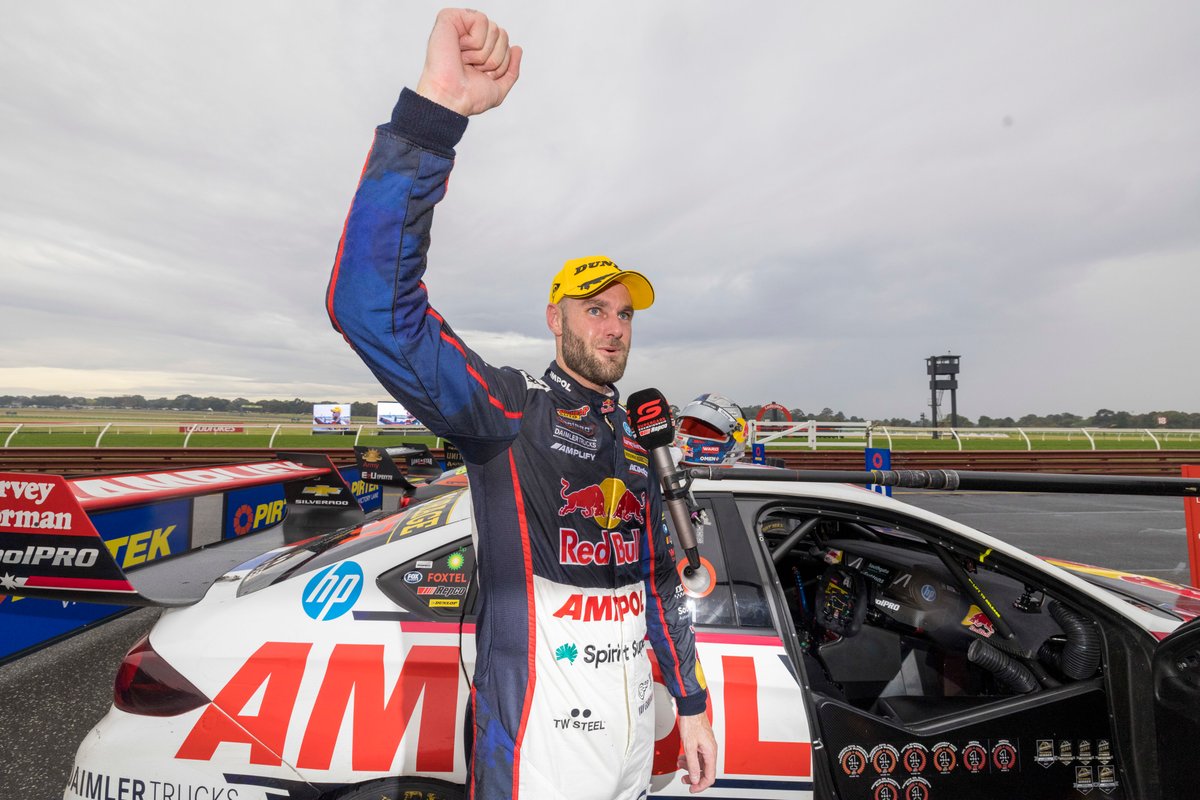 The first of his wins came from 17th on the grid and was capped with a pass on Chaz Mostert on the penultimate lap, before the Kiwi continued his unbeaten run with a brace in Sunday's races held in drizzle and full wet conditions respectively.

Van Gisbergen returned to his surgeon today to see if driving the car had done any more damage, only to discover he was also racing with three cracked ribs.

"Interesting visit to the surgeon," he wrote on Instagram. "Didn't do any more damage to the collarbone but found three broken ribs from the shunt."

Van Gisbergen is expected to be back in action across the Easter weekend with double duties at Bathurst between Triple Eight's GT World Challenge Australia entry and the Bathurst 6 Hour.

The next Supercars round is the following week at Symmons Plains in Tasmania.