As reported by Autosport, Premat has been in contact with other teams about a 2020 enduro driver role since winning this year's Bathurst 1000 alongside Scott McLaughlin.

Premat's exit from the Penske squad has now been confirmed and the team has also announced that it has snapped up outgoing Brad Jones Racing full-time driver Tim Slade as Premat's replacement.

As expected Tony D'Alberto will remain with DJRTP for next year's enduros.

The exact line-ups are not formally finalised, but McLaughlin/Slade and Fabian Coulthard/D'Alberto combos the likeliest outcome.

DJRTP boss Ryan Story said the decision to part ways with Premat, right after he and McLaughlin's breakthrough Bathurst win, was not taken lightly.

"Firstly, I'd like to thank Alex Premat for his time here at the team and for his contribution over the last three years," said Story.

"In our sport, sometimes difficult decisions must be made, and this was one of those decisions.

"With his recent history as a full-time driver, we know that Tim will be able to deliver great things in a Shell V-Power Racing Team Mustang.

"And Tony has been a big part of our team for many years, so we are excited to have him for another season.

"With both drivers being based in Australia, we intend to have them compete in all additional driver sessions next year, and attend all of our team test days so they are fully integrated into our programme. 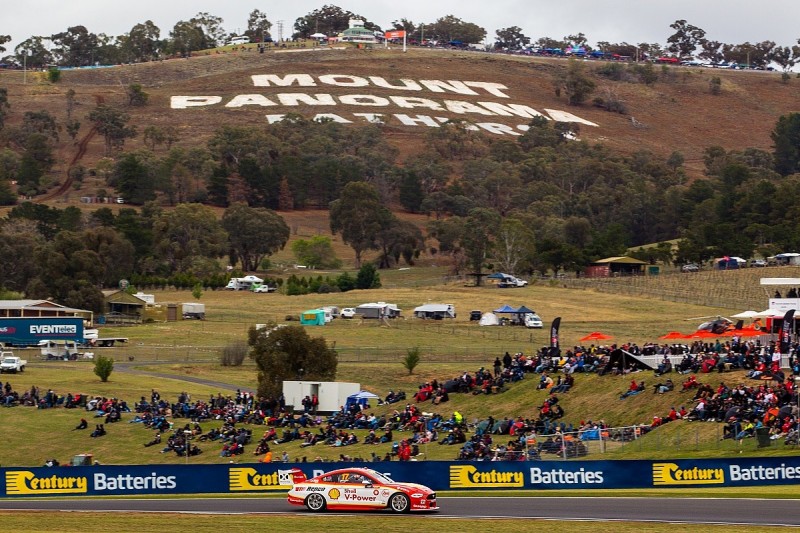 Slade, who is expected to dovetail his enduro commitments with an overseas GT programme, said it is an honour to join DJRTP.

"I couldn't be happier to be joining the Shell V-Power Racing Team for the 2020 season," said the two-time race winner.

"This is the best team in the sport, and I can't wait to get behind the wheel of one of these Mustangs.

"Driving for names like Penske and Johnson is not something I take lightly, and I'm very much looking forward to working with the team next year."

D'Alberto is set for his fifth-straight enduro campaign with DJRTP.

"I've driven for this team for many years, and they genuinely feel like family now," he said.

"I get on well with everyone, the team works hard, the cars are fast and both Scott and Fabian are great guys to work with.

"Having Sladey join the team is exciting, and I'm looking forward to more Supercars racing next year."