The boss of Supercars team Triple Eight, Roland Dane, says an eagerness to be 'polite' to Jamie Whincup sparked the controversy over a misconceived team orders regulation

The Holden squad was at the centre of confusion regarding team orders in the penultimate race of the season at New Zealand's Pukekohe.

It orchestrated a last-lap switch between drivers Whincup and Shane van Gisbergen under the pretence of fuel concerns.

Team manager Mark Dutton refused to admit the cars were actually switched for strategic reasons, which suggested that Triple Eight was trying to duck a regulation prohibiting team orders.

Supercars has since clarified that a minor tweak to the regulations means team orders are technically now allowed, despite wide-ranging and contrary understanding in the paddock.

Triple Eight boss Dane, however, is certain that there was no confusion over the ruling inside his garage.

He said it was definitely a team order to move Whincup over for van Gisbergen, and reasoned that the peculiar behaviour in the wake of the race from Dutton and the team was to spare Whincup's blushes. 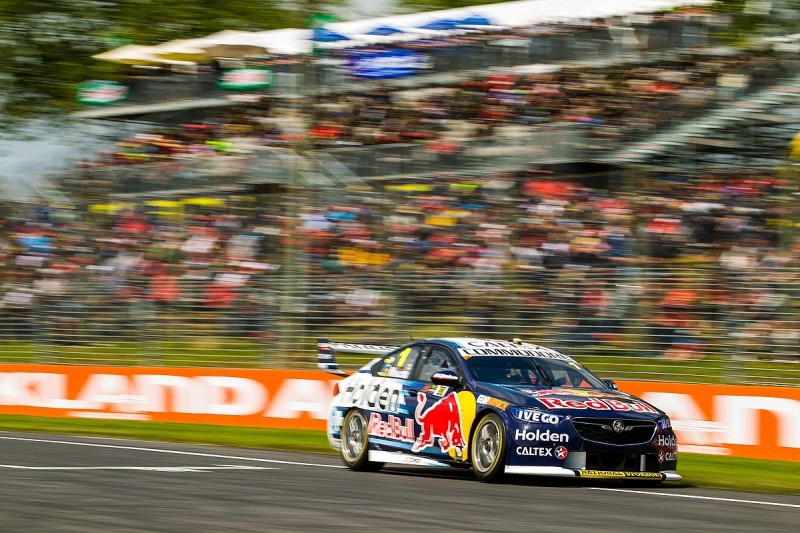 Dane told Autoport: "We would have wanted to address that anyway" when asked if the move was a team order.

"It's polite, I suppose, to want to lessen the impact.

"We knew the word had been taken out [of the regulations] at the beginning of the year because the meaning was never meant to be what it was construed as before.

"Dutton is an ex-race engineer, and he didn't like it when someone told him what to do. I think he was trying to be nice and polite to as many people as possible."

The clarification over the regulation from Supercars comes ahead of the title showdown between van Gisbergen and DJR Team Penske driver Scott McLaughlin in Newcastle last weekend.

McLaughlin leads van Gisbergen by just 14 points, which means swapping drivers has the potential to majorly impact the outcome of the championship.
shares
comments