Lowndes had lost the championship lead to Triple Eight team-mate Jamie Whincup on Saturday, then only qualified eighth on Sunday morning.

He burst through to second beind Whincup on a wild first lap as the front row qualifying Brad Jones Racing duo Fabian Coulthard and Jason Bright got away badly.

But Lowndes had to battle back again when he ran wide and fell to fifth in a dice with Chaz Mostert.

Although Lowndes repassed Coulthard, Shane van Gisbergen and Mostert to reclaim second, Whincup appeared to be out of reach.

The champion had surged around the outside to go from fourth to first at the start, and then established a four-second lead.

He was able to slip down Whincup's inside into the Turn 4 hairpin shortly after the restart and then inched away to win and reduce his team-mate's championship lead back to six points.

Van Gisbergen denied Mostert the final podium spot by just three tenths of a second, with Coulthard, Alex Davison, Mark Winterbottom and Will Davison right on their tail. 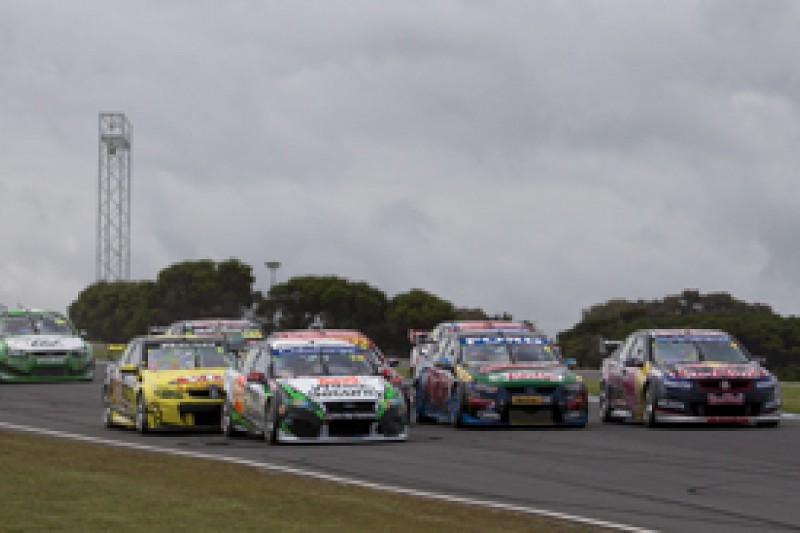 Winterbottom had challenged for the lead off the line before falling back amid contact in the crowded first turn.

Bright ran off-track after the restart and could only finish 23rd.

Race one winner Garth Tander had throttle problems in qualifying and was back in 10th.