Greg Murphy and Richie Stanaway's wildcard entry for this year's Bathurst 1000 has been officially called off, with the Kiwi pair unable to enter Australia for the Supercars season finale.

The Erebus Motorsport entry was thrown into doubt due to an ongoing battle with the New Zealand government over border permits.

The two Kiwis were set to be effectively locked out of their home country if they came to Bathurst after failing to get into the Managed Isolation and Quarantine system.

It's now been formally confirmed that the wildcard is off, however principal backer, Boost Mobile boss Peter Adderton, and the Erebus team are committed to trying again in 2022.

"I can't explain how frustrating it has been not being able to put our plan into action," said four-time Bathurst winner Murphy.

"I know it's not the most important thing in the world and COVID has impacted so many people in far more serious ways, but Richie and I were really looking forward to doing this and the effort that has gone into the prep of the car and behind the scenes has been enormous.

"We have played by the same rules as every other person trying to get a spot in MIQ and most have better reasons than we do for getting a spot and that is the way it is. It's a lottery and our numbers haven't come up.

"Boost Mobile Racing has been remarkable throughout. Peter's vision and the investment in this idea, the car and everything that goes into entering a car in Bathurst is significant, and I hope that we can repay the faith and the support of racing fans by looking ahead to 2022."

Adderton said it was too big a risk to bring Murphy and Stanaway into Australia without knowing it was possible to get them back to New Zealand.

"I want to thank everyone who has been involved behind the scenes for several months now in our attempt to be able to not just bring Greg and Richie over to Australia, but ensure they can then safely return home," he said. 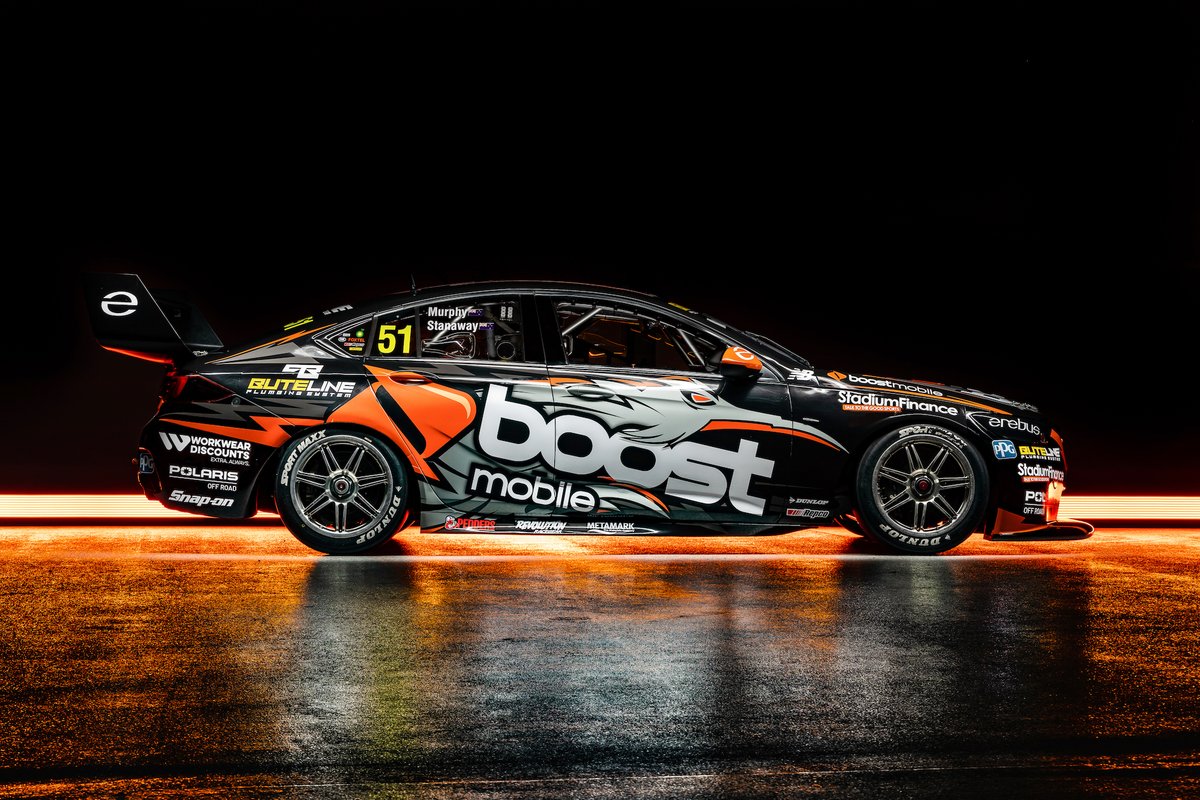 "We are a people-driven company and we ultimately could not ask Greg and Richie to come over here in good conscience knowing we had no clear timeline for their return to New Zealand.

"We did everything within our means to make this happen and I am so bitterly disappointed that it is not to be.

"I also want to thank the many fans who have reached out both publicly and privately not just to express their support but also to see how they could help. It shows just how special this would have been, which is why we will do everything possible to make this happen in 2022 instead."

Erebus CEO Barry Ryan said the false-start is disappointing given his team has prepped a third Holden ready for Bathurst.

"Everyone has put in such a tremendous effort and we are extremely disappointed that with all the work and preparation from both Boost Mobile and our team that we haven’t been able to see this come to fruition," he said.

"Peter Adderton’s enthusiasm is second to none and he and everyone at Boost Mobile has done absolutely everything in his power to try and bring this to life for the fans. I want to thank him for his passion and vision.

"Also a thank you to our team who have built a superb car and done everything to ensure this car is ready come race day. We should all be proud of our efforts to get this so close to happening and I look forward to seeing us pull it off in 2022.

"I hope for a less COVID-affected season next year and seeing all fans, both from Australia and New Zealand, able to come and support us at Bathurst."