DJR Penske's Scott McLaughlin has been hit with a $10,000 fine for taking a promotional poster on to the Queensland Raceway Supercars podium, along with $3000 for his post-race burnout 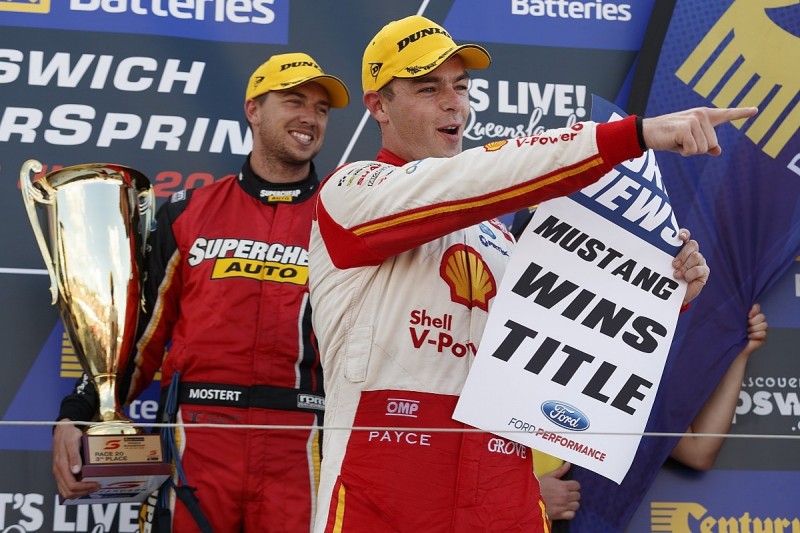 McLaughlin's tense win at the Ipswich circuit secured the 2019 manufacturers' championship for Ford, which he celebrated on the podium with a mock newspaper cover reading 'Mustang wins title'.

The new-for-2019 Mustang has dominated the Supercars championship and taken victory in 17 of the 20 races to date, meaning it sealed the crown 10 races early.

But McLaughlin's celebrations breached a rule that bans promotional material on the podium and it has cost the driver a $10,000 fine.

McLaughlin also earned a $3000 fine for his post-race burnout, which, according to the report, went "past the nominated points".

Triple Eight and Tickford were also hit with post-race fines for refuelling tower breaches, the latter twice earning the $10,000 fine, half of which is suspended. 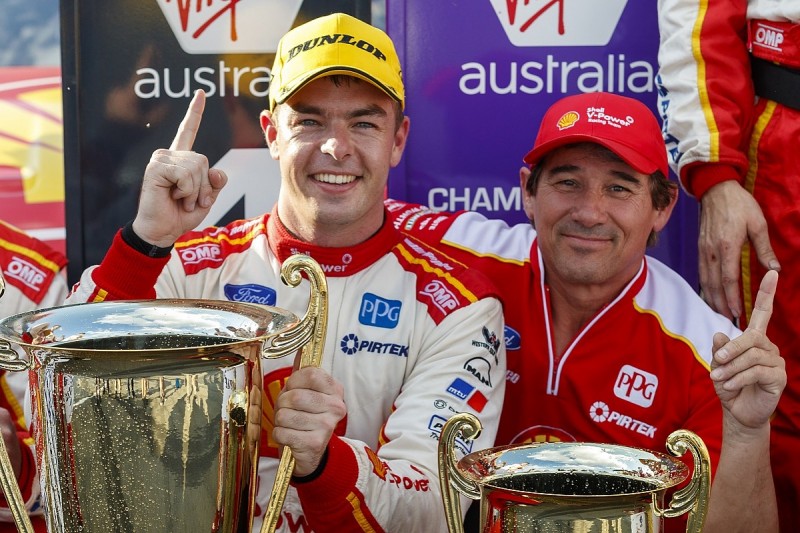