Holden and Walkinshaw Racing's 26-year affiliation in Australian Supercars will come to an end next year, after the manufacturer agreed a deal to continue in the championship with Triple Eight

The announcement of the new partnership, with the manufacturer entry to become the Red Bull Holden Racing Team, will bring Walkinshaw Raicng's long-standing ownership of HRT naming rights to an end.

HRT has won 177 races and six drivers' championships since its debut in the series in 1990 with the then Tom Walkinshaw-run outfit, the last of which was taken in 2002 by Mark Skaife.

Walkinshaw Racing will continue to receive technical and marketing support from Holden.

Triple Eight first entered the series in 2003, running a pair of Ford Falcons, before switching to Holdens in 2010.

It has won all six constructors' championships during that time, and has also sealed four of the last five drivers' crowns - most recently with Jamie Whincup in 2014.

The deal confirms Holden's continued participation in the championship, despite recent speculation suggesting the manufacturer would follow the example of Ford and quit the series.

"Motorsport has played a significant role in Holden's heritage and we're proud to be carrying on that tradition with the new Red Bull Holden Racing Team," said Holden chairman and managing director, Mark Bernhard.

"Triple Eight is the most successful team of the modern era, they are simply the best at what they do.

"We're very proud to continue our partnership with them."

As part of the agreement, the construction of all of the Holden Commodores that will race in the series from 2018 will also be undertaken solely by Triple Eight. 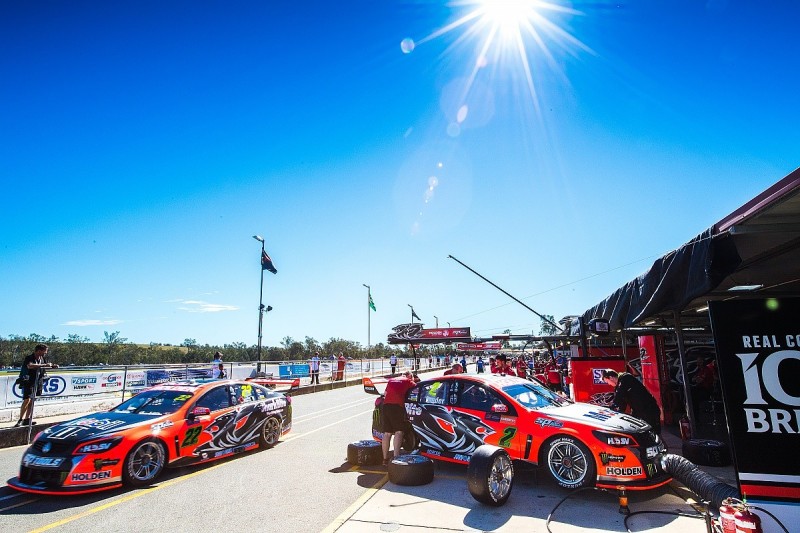 "I'd also like to thank and pay homage to Walkinshaw Racing with whom we have shared a proud history over many years," added Bernhard.

"We'll continue to help Walkinshaw wherever we can.

"We support every Holden team in pit lane through various avenues such as marketing support, technical support, sponsorship acquisition, even down to helping design certain race liveries.

"Our relationship with Walkinshaw remains strong and we are working closely on future road vehicle initiatives as part of our ongoing HSV relationship."

Walkinshaw Racing has stressed its commitment to continue running two Commodores in the series beyond the 2017 season. Both of its drivers, James Courtney and Garth Tander, are out of contract at the end of the current season.

Australian Supercars series pushing to get Simona de Silvestro for 2017