Supercars should consider adopting NASCAR's system of allowing the polesitter to choose which side of the grid to start the race from, according to three of the series' leading drivers

The Australian category uses a traditional standing start procedure, with cars on each row lining up side-by-side without any staggering.

That means pole is generally situated on the inside of the front row, which is intended to help with track position but means starting from the dirty side of the track.

Commenting on grid positioning after polesitter Shane van Gisbergen's sluggish getaway in the second Perth race last Sunday, the top three finishers - Scott McLaughlin, David Reynolds and Craig Lowndes - all supported a NASCAR-style system that lets the pole-winning driver choose what side of the track to start from during the warm-up lap.

The system would allow the polesitter to make their decision based on variables such as track condition and weather, as well as permanent characteristics like the distance from the start line to the apex of the first corner.

The idea was first brought up by Reynolds, who said he experienced the system while racing in New Zealand.

McLaughlin, who has started from pole 21 times since the start of last season, agreed that the system could work in Supercars.

"That'd be cool where you could choose where you [start], like NASCAR do," said McLaughlin.

"When you roll around you could choose which position you want to be. [It] could work in your favour, could not - that's your choice."

While potentially advantageous at some circuits, the implementation of such a system with a last-minute decision on the grid formation is complicated by FIA circuit regulations used in Australia, which require a permanent pole position to be nominated.

A more straightforward outcome would be a straight switch of pole position, making it permanently on the cleaner side of the track, but McLaughlin said thorough track cleaning would negate that difference in most cases.

"It's dirty [on the inside], but they do sweep the track beforehand, so as long as they do that it's fine," he said. 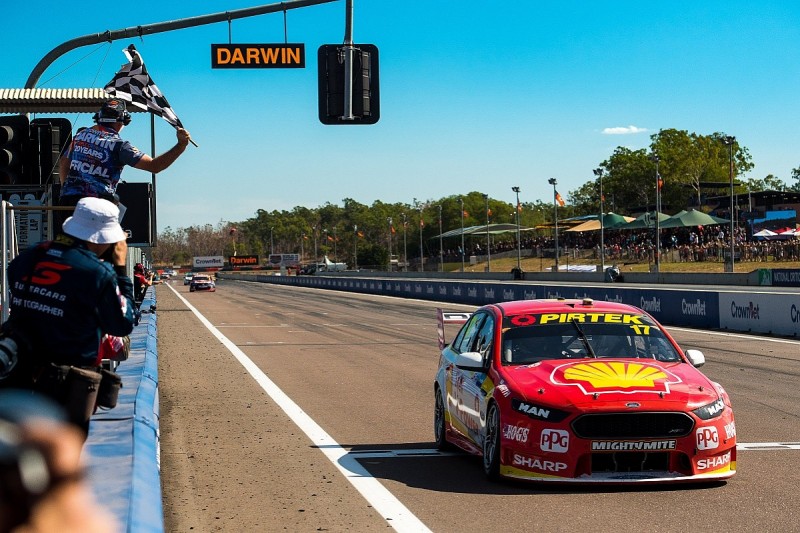 "I think [at] a place like Darwin or something [switching pole could work].

"It's such a long run to Turn 1 and it's so dirty on the inside, the straight is so wide, the grid positions are so wide - maybe something like that.

Lowndes agreed that reversing the rows would not make a significant difference, but supported the idea of letting the polesitter choose.

"I've been here [Perth] many years, I've been on both sides of the grid on the front row and I think I've got the equal best starts on both sides," said Lowndes.

"But it definitely needs to be swept to give everyone an opportunity, especially [with] these soft tyres which leave a lot of rubber on the track.

"I'm all for backing these guys. If the pole guy wants to choose, [that] could be a good option."