James Courtney could join fellow Supercars champion Mark Winterbottom at an expanded Team 18 for 2020, in a new driver market twist

Team 18 owner Charlie Schwerkolt said he has held "brief" discussions with Courtney, as he weighs up adding a second car, with the current Walkinshaw Andretti United racer understood to be his preferred candidate.

That would rekindle the partnership that won the 2010 title back when both driver and owner were part of the Dick Johnson Racing set-up.

Schwerkolt said he was "absolutely" looking at adding a second car because "Supercars is a two-car model", but underlined it will ultimately depend on locking down the required backing.

There has been uncertainty over how Courtney would fit into a Walkinshaw Andretti United future that is expected to be built around current Tickford driver Chaz Mostert.

"James and I are still mates," Schwerkolt said.

"We've had a very, very brief discussion. I'm not sure where he's up to at the moment or anything like that, but obviously I've got to get all my ducks in a row first with money coming in the door and everything."

Schwerkolt is relaxed about acquiring a Racing Entitlements Contract to field a second car, given Supercars is currently keeping a pair of entries on ice.

David Reynolds could also still play a part in the 2020 silly season, with a fresh Erebus deal yet to be signed - though the team is adamant he is likely to stay. 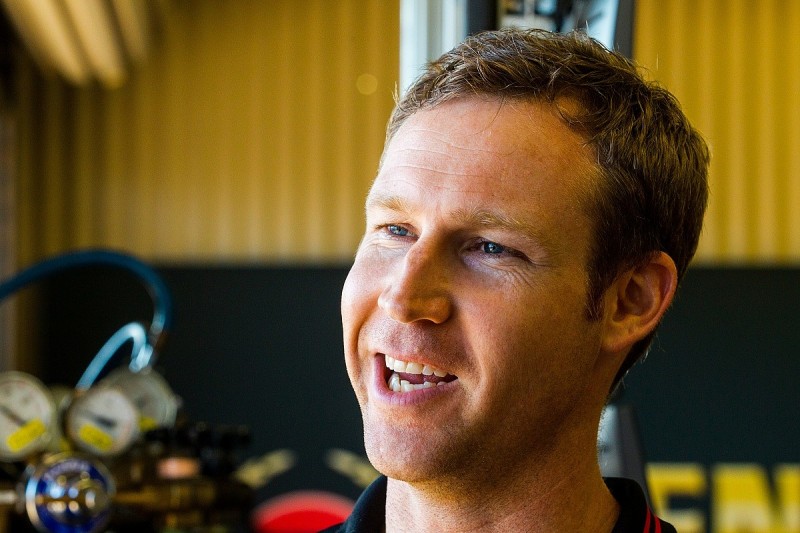 The 2017 Bathurst 1000 winner has long been expected to re-sign with Erebus, having built a happy home at the Holden squad since joining back in '16.

An extension of his Erebus agreement is still the most likely outcome, but a new deal is yet to be finalised with negotiations ongoing.

The absence of a new agreement has coincided with speculation that other teams, including Tickford Racing and WAU, have shown interest in securing Reynolds' services for 2020.

A shock Tickford move would mark a return to the squad that Reynolds left after the 2015 season, while a WAU deal to join potential signing Mostert would create a high-profile new line-up but one that would also require significant investment in wages.

Reynolds has been tight-lipped on his future, only confirming that talks with Erebus are ongoing when contacted by Autosport.

Team boss Barry Ryan said he would be "very surprised" to lose Reynolds and considered it a "formality" that he will re-sign.

He was adamant there was no truth to the raft of media reports suggesting Reynolds could contemplate a move, despite Autosport sources suggesting otherwise.

"I don't really want to talk too much about it," said Ryan.

"It's still a long way out, but we want to get it wrapped up early so we can just get on with next year.

"Dave has said for a while now that he wants to be here for a long time, [team owner] Betty [Klimenko] wants him here, we want him here, I think it's just a formality.

"I think [the media] has blown it out of proportion a bit. I don't think any of the stuff that's been written in the last few days is fact.

"We'll leave it to the media to make their decision, and we'll press on and do what we do behind closed doors."