Going up the hill for the 161st and final time, Whincup had a run on the FPR Ford and pulled alongside.

But on the dirty part of the track the rear of Whincup's Triple Eight Holden got loose and he was forced to back off and let Winterbottom go.

The victory for the works Ford team was its first since 1977.

Six hours earlier it looked very different for Winterbottom as he made a good start from the front row before the car appeared to struggle as he selected second gear, which meant he was swamped by the chasing pack.

In contrast, Whincup's team-mate Paul Dumbrell made a perfect getaway and convincingly led the opening stages.

Two safety car periods - one for David Russell hitting the wall in the Nissan Altima he shared with Todd Kelly, the second for Greg Murphy crashing hard in the HRT Holden - threw the fuel strategy wide open.

FPR played this to perfection and moved Winterbottom and team-mate Steve Richards to the head of the field.

Behind the lead duo, there was an almighty fight for third. Initially Jason Bright had his Brad Jones Racing Holden in the fight for first, but his tyres were the oldest and his mirrors were soon filled by Craig Lowndes and Garth Tander, whose tyres were the freshest of all. 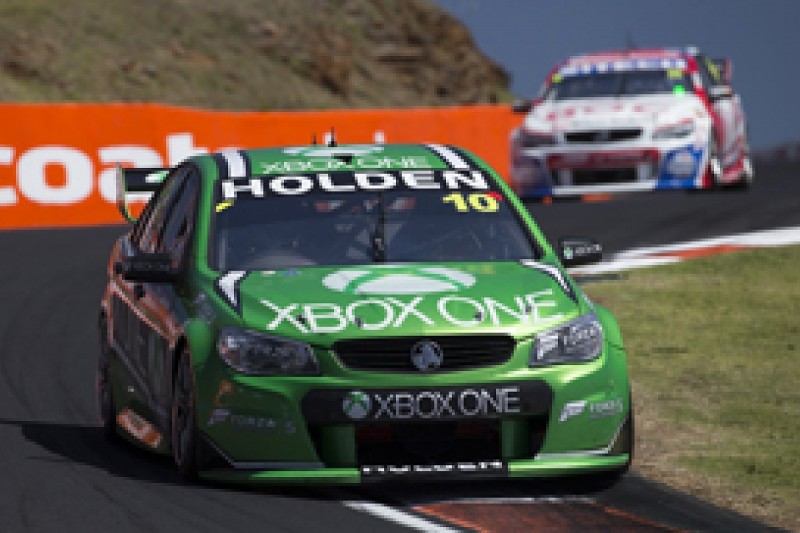 HRT driver Tander fought his way by Lowndes, but when he tried to divebomb Bright into The Chase, the wily Triple Eight racer took full advantage as they slithered wide to take both cars in one go.

Bright was livid with Tander for the move and briefly lost fifth to David Reynolds as he regained his composure. But Reynolds needed to make a splash-and-dash, dropping him down the order.

It was a great race from the wildcard Triple Eight entry of Mattias Ekstrom and Andy Priaulx, with both the DTM stars leading at one stage. They needed to pit in the closing stages just for a splash of fuel, which dropped them to 10th, but it was still a hugely impressive performance.