The Kiwi enjoyed a dream start to the new season, cruising to victory by 1.4s over Chaz Mostert.

Even better for van Gisbergen was that an early crash meant Anton De Pasquale failed to score, while Cam Waters finished a lowly 20th due to a power steering issues.

That effectively leaves van Gisbergen with a race in hand over two drivers expected to be in the fight for the 2021 title.

It was Waters that looked to be the man to beat in the early stages of the 250-kilometre race, the Tickford ace streaking into the lead over van Gisbergen.

However things changed for the top Ford drivers on Lap 7 when Anton De Pasquale ran wide on the way into The Cutting and clobbered the wall. 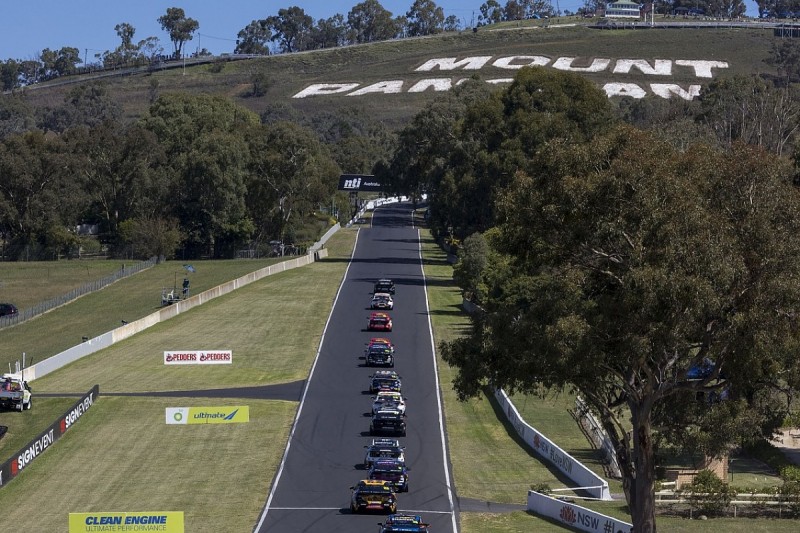 His DJR debut was over on the spot, while the subsequent safety car sent the field scrambling into pitlane.

It was in the pits where Waters' race began to unravel, his Tickford crew opting for a long fuel stop as they inspected something under the bonnet.

The slow stop meant he dropped back to fifth, however a lap later he was back in the pits for more repairs on his power steering system.

Waters ended up spending more than six laps in the garage, only returning to pick up the few points on offer for 20th place.

From there van Gisbergen was in cruise mode, making his second stop on Lap 28 to take a 6s advantage into the final stint.

The only pressure came from Chaz Mostert, who put in a massive final stint after jumping Will Davison for third in the second round of stops.

The Walkinshaw Andretti United driver managed to slash the gap down to 1.4s, but couldn't stop van Gisbergen claiming an impressive first win of the season.

"What an awesome day," said van Gisbergen. "Chaz was obviously fast at the end, but I wasn't really pushing. We've got a bit of speed to find, I think, but what an awesome way to start [the season]." 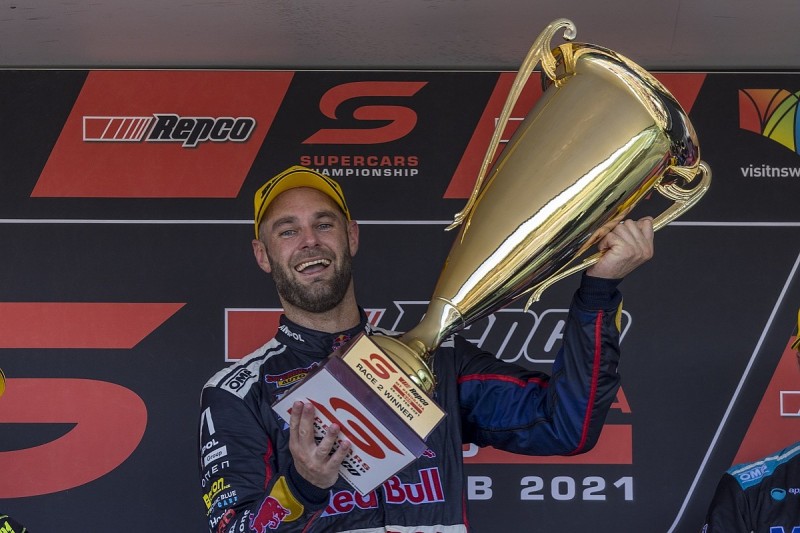 Mostert wasn't confident he would have passed van Gisbergen even if he got to win, having spent a number of laps bottled up behind Davison before the second stops.

"We've got to qualify a little bit better and try and get some track position," he said. "I reckon I would have got to [van Gisbergen], but I struggled to past the guys in front of me. The brakes get hot, the tyres get hot - it was definitely a strategy game and we need to be more on top of it tomorrow."

Davison finished third, while Slade was cruelly denied a remarkable top four finish for the one-car Blanchard Racing Team by a huge crash with five laps the go. The two-time race winner lost control of his Mustang on the run to Forrest's Elbow, violently slapping the wall before rolling to a stop.

That promoted Bryce Fullwood to fourth, however a lock-up at Turn 1 with two laps to go saw Mark Winterbottom sneak past and drop Fullwood to fifth.

Brodie Kostecki, meanwhile, finished 11th after surviving one of the most bizarre incidents in the race. The Erebus rookie was nearly wiped out by Andre Heimgartner who pulled off a baffling re-entry after running down the Turn 1 escape road.

Kostecki was forced to check up to avoid contact, which lost him a pair of positions, while Heimgartner was slapped with a drive-through for his efforts.