The Bathurst 1000 has been postponed by a month while Perth and New Zealand have been axed from the 2021 Supercars schedule.

As first revealed by Autosport, the Aussie series has undergone a significant calendar shake-up as it looks to navigate COVID-related complications around the country.

The most significant change is that the Bathurst 1000 will be moved from its traditional early October date to 4-7 November to give more time for the current New South Wales outbreak of COVID-19 to subside.

The state recorded an outbreak-high 239 positive cases yesterday while Sydney will be in lockdown until at least the end of August.

It's the second year running that the Bathurst 1000 has been postponed, although last year there was only a week's delay to the jewel in the Supercars crown.

The recently-announced Queensland Raceway round has been dropped for the time being, although it appears it will act as a flex option should any of the other events fall over due to outbreaks or border problems.

Supercars has to complete another five rounds to ensure it satisfies its broadcast agreement.

The QR cancellation means an extended winter hiatus for the series, the season now not set to resume until the Winton SuperSprint on 2-3 October.

That will be followed by a second consecutive round in Victoria on 23-24 October. Phillip Island is strongly tipped to be the venue, however that will be formally confirmed in a separate announcement. 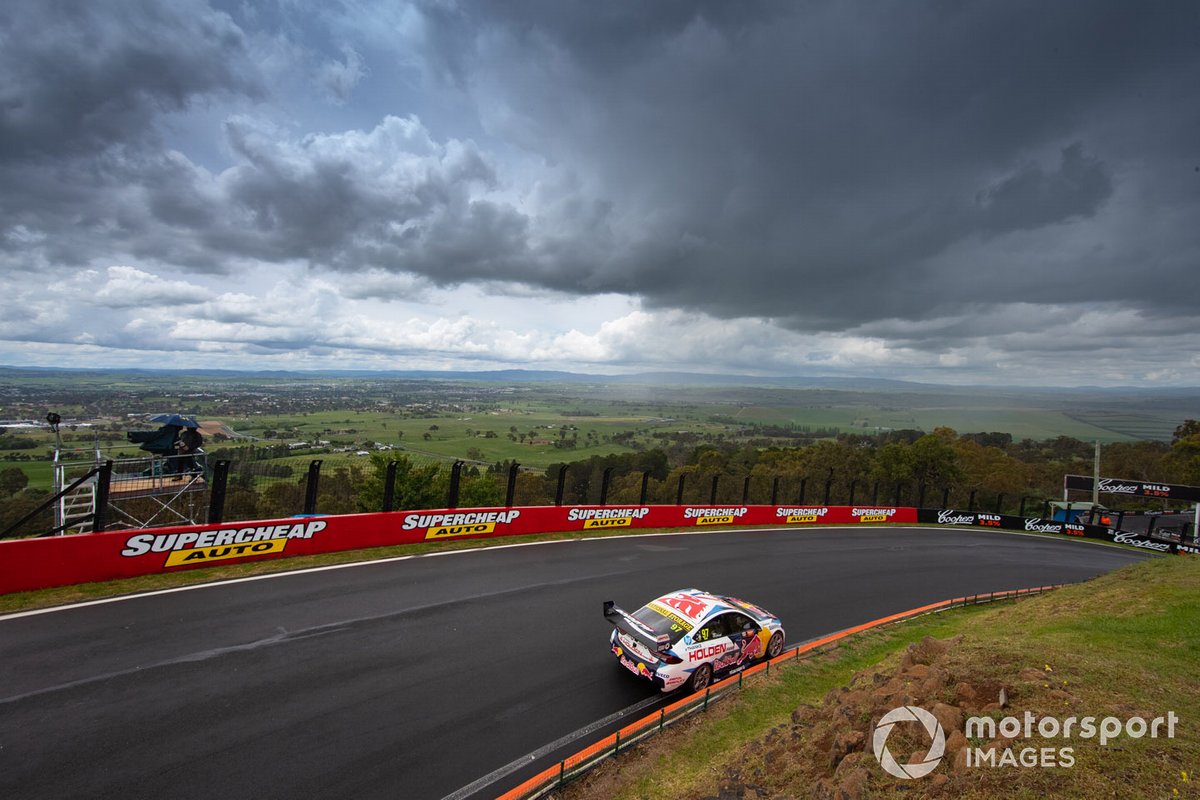 That was the date the Island circuit was set to host MotoGP before that event was cancelled.

The Bathurst 1000 will follow on that first November weekend, before the Sydney SuperNight on the old Australian Formula 1 Grand Prix weekend, 20-21 November. The timetable of the Sydney event will be adjusted to account for the longer days so that there is still running under lights.

The season will then end, as planned, with the Gold Coast 500 on 3-5 December.

The shake-up in the schedule means both the Perth SuperNight and the Auckland SuperSprint have been dumped.

The trip across the Tasman was considered too risky with the travel bubble between Australia and New Zealand currently suspended, while Western Australia's strict borders, plus issues with broadcast staff based in New South Wales, are to blame for the demise of the Perth event.

Both Perth and New Zealand are expected to feature early in the 2022 schedule.

"The two key factors that we have applied to the work behind the revised calendar, the two key objectives that we've had, are one, minimising the risk profile of the remaining events so that we can minimise any further changes, and also make sure that the events that we are conducting in the back half of this year are being conducted in the best possible window for fans, from a weather point of view [and] from an experience point of view," said Supercars CEO Sean Seamer.

"We're looking to buy as much time as possible given the situation in Sydney, from a current COVID point of view. But also look to minimise any requirement to travel into metropolitan areas, whether that be Brisbane, Sydney or Melbourne, over the course of the next few months.

"[The revision] gives us the greatest certainty to go ahead, given the first three events will be conducted in regional Victoria and regional New South Wales. We limit out need to go into a metropolitan area until Sydney Motorsport Park. Should things not improve [by then], we still have a playbook for fly in, fly out for that event as we did last year.

"And then Gold Coast remains as late as possible, given street races really require a crowd and an atmosphere."

Seamer added there are contingencies in place should this revised schedule hit unforeseen COVID complications, including double-headers and QR as a back-up.

"We are still in discussions with [circuit owner] John [Tetley] and his team at QR about options and maintain an ongoing dialogue," he said. "So if there are any other changes to the calendar, we have that optionality there.