Will Brown has taken provisional pole for the 2021 Bathurst 1000 while Jamie Whincup and Craig Lowndes will start 11th after missing the top 10 shootout.

Erebus rookie Brown came out on top of a thrilling 40-minute session, his eye-watering 2m03.898s coming three minutes from the end.

He was joined in the 2m03s by Anton De Pasquale and Chaz Mostert, however neither could knock the #9 Holden off top spot.

The margins were tight, just 0.02s separating the top two and 0.07s covering the top three, but it was elated Brown who will run last in the shootout for pole tomorrow evening.

"I said to [engineer] Tommy [Moore] that I grew some balls out there, had a dip," said Brown.

"How good was that? To do a 2m03s around here, I didn't care if I got pole or not. That's a pretty wicked time.

"I'm glad we're on the right side of the seven hundredths, it's going to be tight in the shootout. I'm ready for it, we'll have a big crack."

Tim Slade was one of the stars of the session, his final flying lap taking him from outside the top 10 to an impressive fourth.

That meant he was the best of the Tickford-build Mustangs, knocking 'factory' Tickford driver Cam Waters down to fifth. 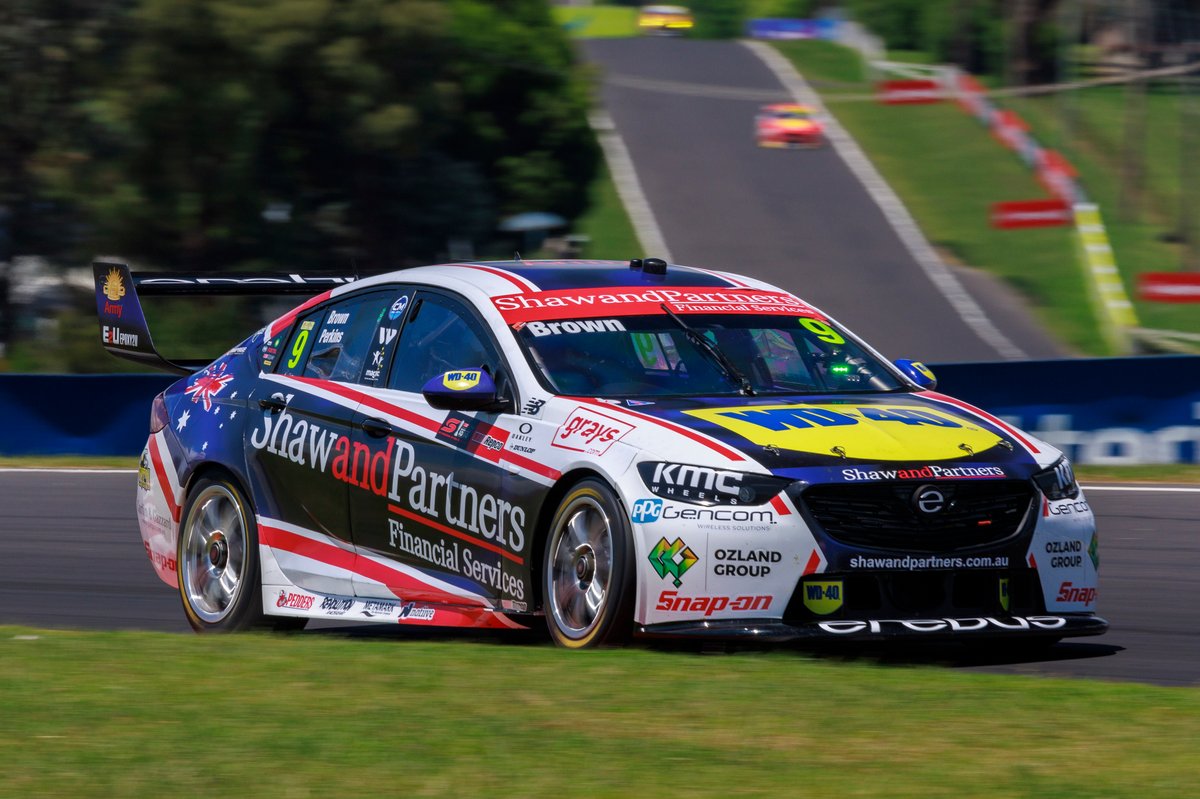 Brodie Kostecki went sixth fastest to put both Erebus cars into the shootout, which banked $50,000 for charity from backer Shaw and Partners.

Shane van Gisbergen led the way for Triple Eight, his relatively conservative 2m04.227s good enough for seventh, ahead of Will Davison.

Nick Percat qualified ninth despite tagging the wall at Forrest's Elbow while Jack Le Brocq grabbed a shootout spot on his final lap, just moments after he'd been bumped out of the top 10.

Between Slade and Le Brocq's late improvements seven-time series champion Jamie Whincup missed out on a shootout berth for what is his final event as a full-time driver.

He and co-driver Lowndes will start the Great Race from 11th, Whincup blaming a poor fourth practice session for the missing pace in qualifying.

"Not ideal at all," he said. "There's plenty of excuses. We didn't get the green runs in practice before, they are a good opportunity to get up to speed, go away and look at the data and then work away from there. That ultimately hurt us.

"The car was probably good enough, but once you start picking up that pace, getting right into the fours, the track is almost completely different.

"Disappointed with that, but what can you do? We'll put our heads down and see if we make it up in the race."

Bryce Fullwood was another to narrowly miss the shootout, having momentarily popped into the top 10 during the flurry of late times, while neither of the Team 18 cars will run tomorrow evening with Scott Pye 13th and Mark Winterbottom 14th.

Broc Feeney did a decent job in the Triple Eight wildcard, banking 15th on the grid for him and Russell Ingall.

He edged out former co-driver James Courtney, the veteran unable to match the other Tickford cars as he qualified 16th.