Last month, Japan's top single-seater series announced it would be holding a series of tests either before or after each race weekend in the 2022 season with two development cars, to be driven by retired two-time champion Hiroaki Ishiura and fellow veteran Koudai Tsukakoshi.

Ishiura and Tsukakoshi respectively drove the cars affectionately known as 'red tiger' and 'white tiger', a reference to their colour schemes, during two days of running on Wednesday and Thursday at Fuji.

Super Formula announced last year its plans to move towards the adoption of carbon-neutral fuel, while single tyre supplier Yokohama has been tasked with creating tyres using "natural compound agents" and other reusable materials as part of its recently-signed contract extension.

Both Ishiura and Tsukakoshi remarked that the test was more straightforward than they had imagined and were impressed by the performance of both the tyres and fuel they tried.

"Because it was the first test, I thought a lot of things wouldn't go well, and I imagined it would be a test to resolve those kind of issues, but in reality, we managed to get through a lot," said Ishiura.

"We managed to do a long run, which wasn't planned on the first day, and I was surprised it went so smoothly.

"There were times when I thought the tyres were better than the [current] control tyres, and we were able to proceed in a similar way to the tyre tests we normally do in Super GT.

"The feeling of the car with the new fuel was also different to the things I'd heard beforehand. I had the feeling I could do a race with it, which surprised me.

"The power was enough for a 'top formula' car, and if we can set it up correctly, I think we can also achieve the same driveability." 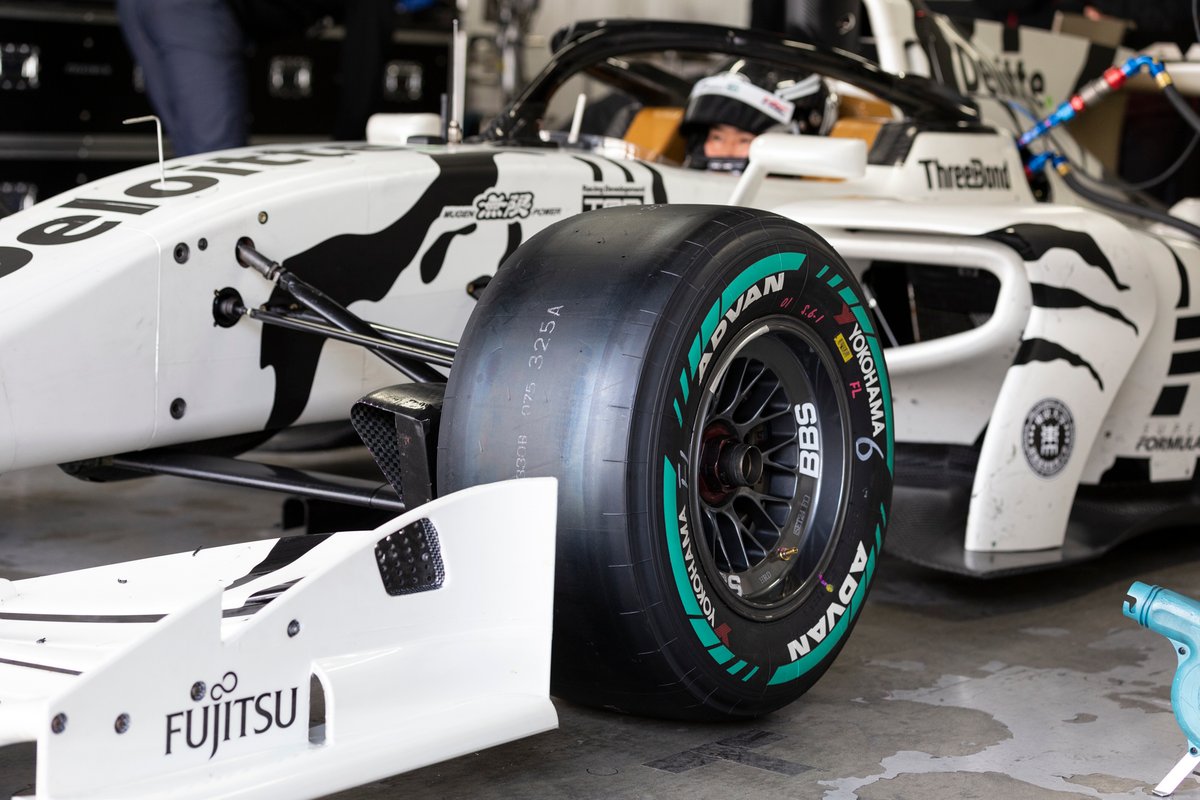 Tsukakoshi added: "I thought [the tyres] performed better than I expected. I didn't see any drop in performance during the long run, it was very consistent.

"As for the fuel, it's a bit harder to drive than conventional gasoline, and it feels less powerful, but you can still run at racing speeds, and the top speed is quite close [to current top speeds].

"To be honest, I thought it would be more of a struggle, but it seems fine to use it going forward."

In addition to the new tyres and fuel, aerodynamic changes aimed at improving the quality of the racing were also trialled. Both drivers also experimented with wing angles to reduce downforce and test the effects on a driver's ability to follow the car in front.

The next test for Super Formula's development cars will be held later this month at Suzuka on the Monday and Tuesday following the third round of the season. Bodywork components made from materials such as sustainable lightweight hemp will be trialled at the Japanese Grand Prix venue.

Motorsport.tv is showing every race of the Super Formula season. Click here for further information.

Eight storylines to follow in Super Formula this season