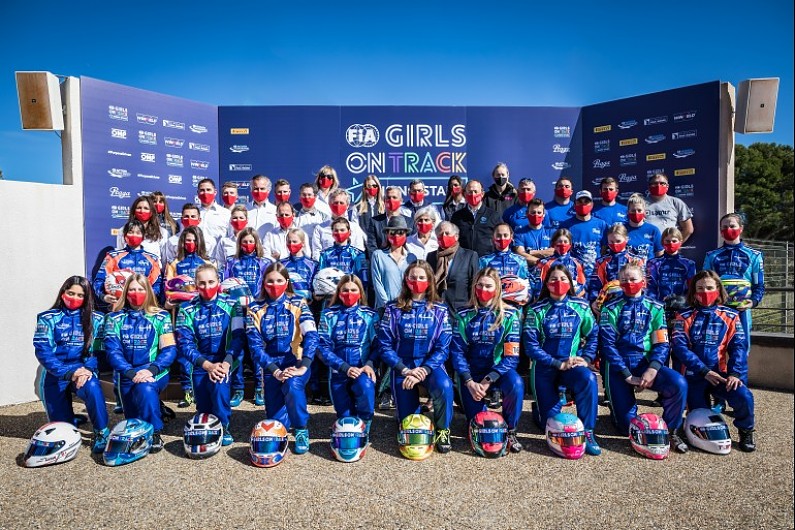 After an intensive selection process, the winner of the FIA's Girls of Track competition and a place in the Ferrari young driver Academy will be announced on Motorsport.tv.

The FIA's Girls on Track initiative partnered with Ferrari to find its first female junior driver as part of a push to increase diversity in motorsport participation.

A group of 40 girls was at first whittled down to a selection of 12 as the process began at Paul Ricard, with the group first put through their paces on go karts.

The next phase of tests led to four girls being cut, before a shootout in Formula 4 cars at the Formula 1 French Grand Prix venue left four girls to battle it out at Ferrari's base in Maranello.

Brazilian duo Julia Ayoub and Antonella Bassani, France's Doriane Pin and Maya Weug from the Netherlands were the finalists and one will be revealed as Ferrari's newest driver academy signing on the final episode of Motorsport.tv's Girls of Track Rising Stars series, going live at 3:30pm.

The Ferrari young driver programme has acted as a springboard in recent years to Formula 1 for some of the world's most promising young talents, including Charles Leclerc, and in 2021 reigning Formula 2 champion Mick Schumacher.