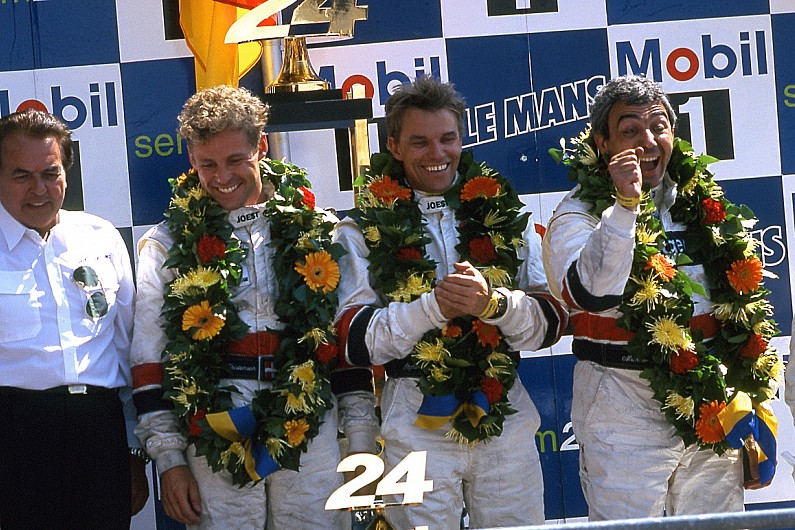 In this clip from the film, sportscar legend Tom Kristensen recounts the story of his first of nine victories in the 24 Hours of Le Mans, coming in 1997.

'Mr Le Mans' scored the first of his record number of wins with the Joest Racing team, with whom he'd go on to enjoy many more successes under the Audi brand.

But that 1997 victory came in a TWR Porsche WSC-95, sharing with veteran F1 racers Michele Alboreto and Stefan Johansson.

"When I was driving at night, close to 3am, and I knew that was going to be the key - and it hit me at that moment - understanding I was in a team that had a chance of fighting for the podium," he says.

"Laptimes were getting better.

"A lap later he said: 'Lap record, lap record! Keep it steady young man! Keep it steady!' You get a German to speak to you in English... I really was happy.

"We caught and passed one of the works cars, and we won the race.

"I'd never done anything like that before, nothing took so much out of me like the Le Mans 24 Hours."

Pandey, who wrote the multi award-winning Senna movie, interweaves the narratives of our Motorsport Heroes throughout the 111-minute film, telling their stories with both archive footage and first-hand testimony.

To stream the full movie, subscribe to Motorsport.tv from £3.99 a month.