When you've captured some of Formula 1's most iconic moments, images enjoyed by millions in magazines, online and in social media, it must be hard to pick a favourite.

We put two of F1's legendary photographers on the spot for the documentary film "Enduring Legacy" and asked them: Out of the millions of images you have taken of F1, which one would come to a desert island with you?

Michael Tee was active from the first ever F1 race at Silverstone in 1950 until the mid 1980s, and his son Steven started at the San Marino Grand Prix in 1984 and is still active today.

Between them, they have photographed every single F1 driver from the great champions like Juan-Manuel Fangio, Ayrton Senna, Michael Schumacher and Lewis Hamilton, to the oddball drivers who only started just one of two races.

The technology each used was very different: Michael was shooting on a 35mm camera with rolls of film, while Steven's career spanned the transition from film into the ultra-high spec digital cameras used today.

But the basic art of motorsport photography hasn't changed: It's about being in the right place at the right time and getting something unique and distinctive that no-one else has.

"The art is still there because you still need to be a good photographer," says Steven.

"You need to know where to go, when to be there. You need to be able to frame the picture in your head before you take it.

"You can move the process along a lot quicker now. As you go along, you're seeing what you're shooting so you repeat stuff less.

"A lot of it is the decisive moment and you never know when it's going to come.

"So you've just got to be ready for it and try and put yourself into an area of the circuit, particularly during the race, where things might happen and be ready to capture them when they do."

So what are the two photographers' favourite images? 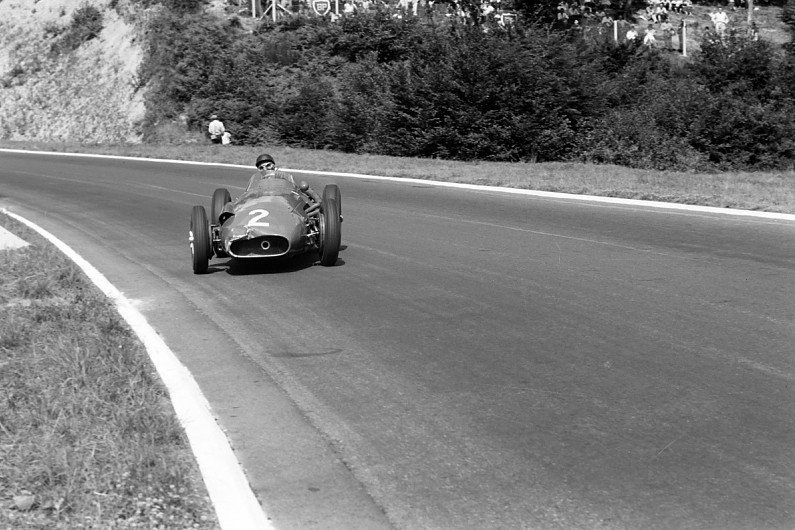 Michael Tee: "I think my favourite picture was the picture of Fangio at Rouen in 1957, because it was not just a car doing 150, or 160mph with the tail hanging out.

But on the left-hand side you had a bank which went straight up and on the right-hand side, because the road had been cut into the hillside, there was a 30 foot drop down.

"And to be doing that, knowing that, if you lost it, unless you were very very lucky you would have lost your life... you realise that, in that particular moment it was not just the skill and all the rest of it.

It was pure bravery and believing that you had that sort of ability." 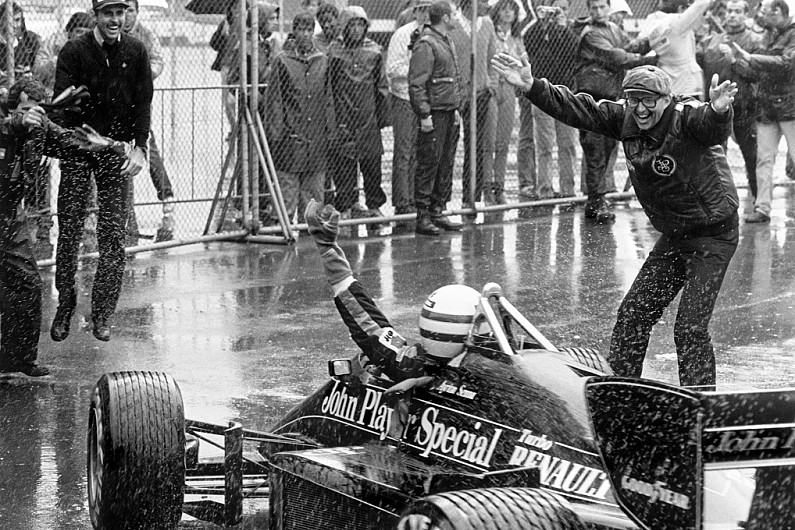 Steven Tee: "People often ask me what my favourite photos are and it's really difficult to say after 30 years of doing this and millions of photos.

"But, if I had to pick one, I think it would be the 1985 Portuguese Grand Prix. Ayrton Senna winning his first grand prix in the rain.

"I luckily managed to capture the moment he came into the parc ferme area.

"He's half out the car, Peter Warr (Lotus team boss) is ecstatically looking at him and there's two mechanics in the back ground leaping up and down. That moment is encapsulated in that photo. "

The images taken by both photographers and their LAT colleagues, as well as the collections of Rainer Schlegelmilch, Ercole Colombo, Giorgio Piola and the Sutton Images archive, are all part of Motorsport Images collection. It's the world's largest with 26 million pictures, dating back to 1895. There are even images of the first ever grand prix in France, 1906. And it holds continuous coverage of Grand Prix racing throughout its history.

You can view the full documentary, "An Enduring Legacy", on Motorsport.tv.

Subscribe to Motorsport.tv for just £3.99 a month to watch thousands of motorsport videos.