But the 'Flying Finn' achieved all this following his darkest day on 10 November, 1995 during the Australian Grand Prix weekend at Adelaide.

During Friday qualifying, his McLaren-Mercedes suffered a left-rear tyre deflation on the approach to Brewery Bend - the fastest corner on the street circuit.

He hit the tyre wall at an estimated 120mph, and his helmet struck the side of the cockpit causing a fractured skull.

Trackside medics had to perform an emergency tracheotomy before he was transported to Royal Adelaide Hospital in a coma.

In the film, he tells fellow Motorsport Heroes Felipe Massa, Tom Kristensen and Michele Mouton what happened and what challenges he faced during his recovery.

"My accident in '95 was quite a challenge. This happened in Australia, in Adelaide, I was going flat out on a long straight," Hakkinen recalled.

"Just when I was entering the corner, it didn't explode, it just lost the pressure very quickly.

"So the car started bottoming [out], and I lost control of course. There was massive kerb on the exit, and of course I hit the kerb and the car bounced a couple of times. 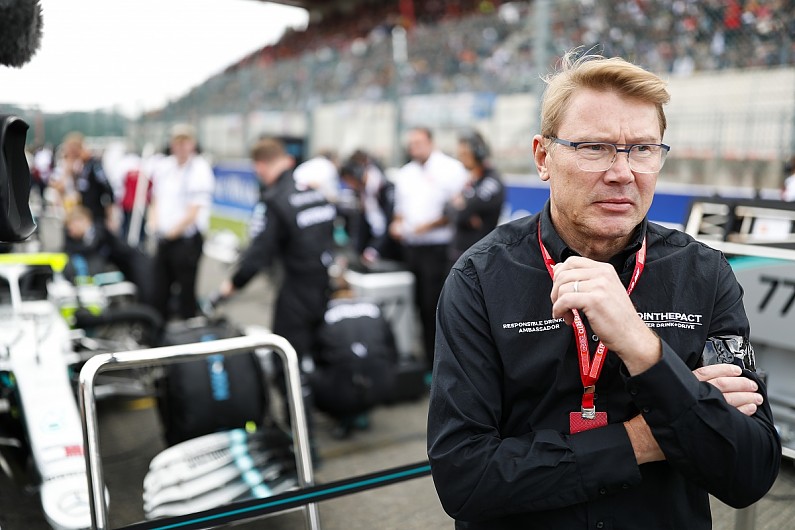 "I hit the barrier sideways.

"I was in a coma for a few days. Then the horrible things started when you wake up. You start realising like 'oh my God'.

"I banged [my head] so hard that I lost control of one side of my face, because the nerves got damaged.

"So when I was sleeping they had to tape over one of my eyes, to make it close.

"Then came the time when they started tests, to see if you can smell normally, you can taste normally.

"I was there for five weeks, and my girlfriend flew to Australia to support me."

In a subsequent interview with GP Racing magazine, Hakkinen was asked if he felt that the accident had slowed him down any.

"It had an effect on me. It made me realise that when an accident like that happens - and it can happen at any time in F1 because motorsport is dangerous - it made me think, as soon as I won my world championships, 'Hmmm... don't push your luck any further.'"

Written and directed by Manish Pandey, who wrote the multi award-winning Senna movie, the 111-minute Motorsport Heroes film interweaves the narratives of our Motorsport Heroes, telling their stories with both archive and first-hand testimony.

To watch the film, subscribe to Motorsport.tv from just £3.99 a month.