From a driver contesting seven races across four categories in one event to a record-breaking first time winner, here are some of the interesting stories from the week's national motorsport action

One hundred and ninety laps of Brands Hatch’s Indy circuit over seven races last weekend was an impressive tally for Ivor Mairs and his BMW 325ti but, having completed a 776-road mile round trip from Coleraine in Northern Ireland to compete in the 750 Motor Club meeting, he was determined to get maximum value for money.

REPORT: The best of the Brands 750MC meeting

The long-time Formula Fordster entered Saturday’s Armed Forces Race Challenge double-header plus the Roadsports mini-enduro, and subscribed to Sunday’s twin Hot Hatch and BMW Car Club Racing events in the car that he acquired in the spring.

In 235 minutes of track time, Mairs completed 46 qualifying laps and 144 under race conditions, including some back-to-back runs. Lapping with remarkable consistency, with a best of 57.72s, he went home with a BMW Cup division win and three class seconds, finishing every session on the same Nankang AR-1 tyres. 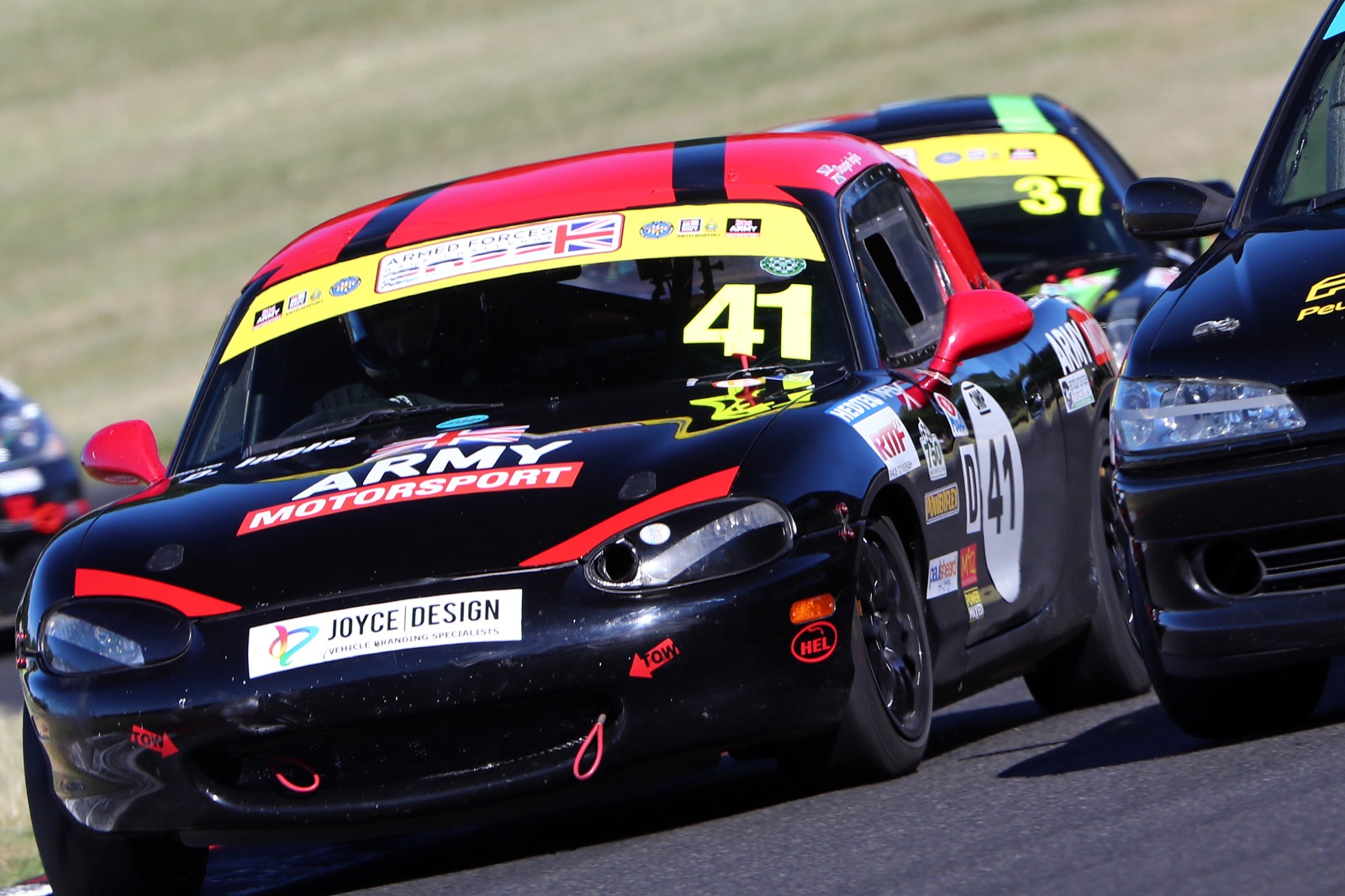 Contemporaries on the road, two of the most popular Japanese 1800cc production sportscars of the 1990s and noughties were closely matched when they went head-to-head on track in Saturday’s Armed Forces Race Challenge events on Brands Hatch’s Indy circuit.

The Mazda MX-5 of the Royal Logistics Corp’s Doug Inglis (ahead above) and the Toyota MR2 Roadster of Royal Navy Lieutenant Commander Mike Wells scrapped for many laps in the opener, before Wells navigated a way past.

Their spirited duel continued second time out, before the RN’s Sean Graham caught them in traffic and split them at the wheel of his two-litre Sultan Locost.

A familiar foe: Chambers and Heathcote 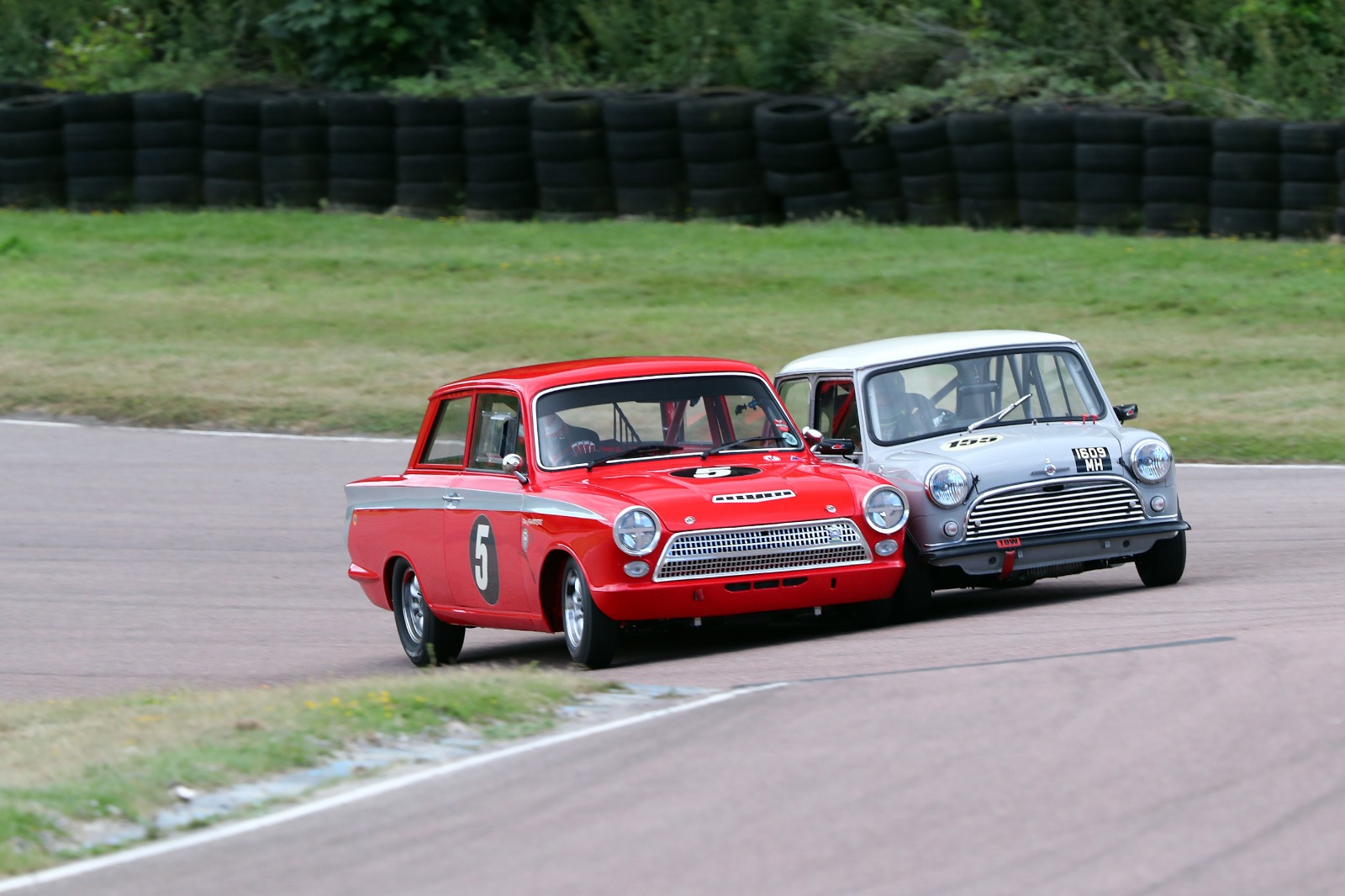 The first Jack Sears Trophy race set the tone for the day with leader Chambers running deep at Devil’s Elbow on lap two and handing Heathcote the advantage. A thrilling tussle between the duo ensued, with Chambers locking his brakes on several occasions at North Bend as he tried to regain the lead, but it was to no avail.

However, that proved to be Heathcote's sole success as Chambers led throughout race two and also topped both Allstars races, although he made hard work of the first of these as a 10-second penalty for being out of position at the start threatened his win. 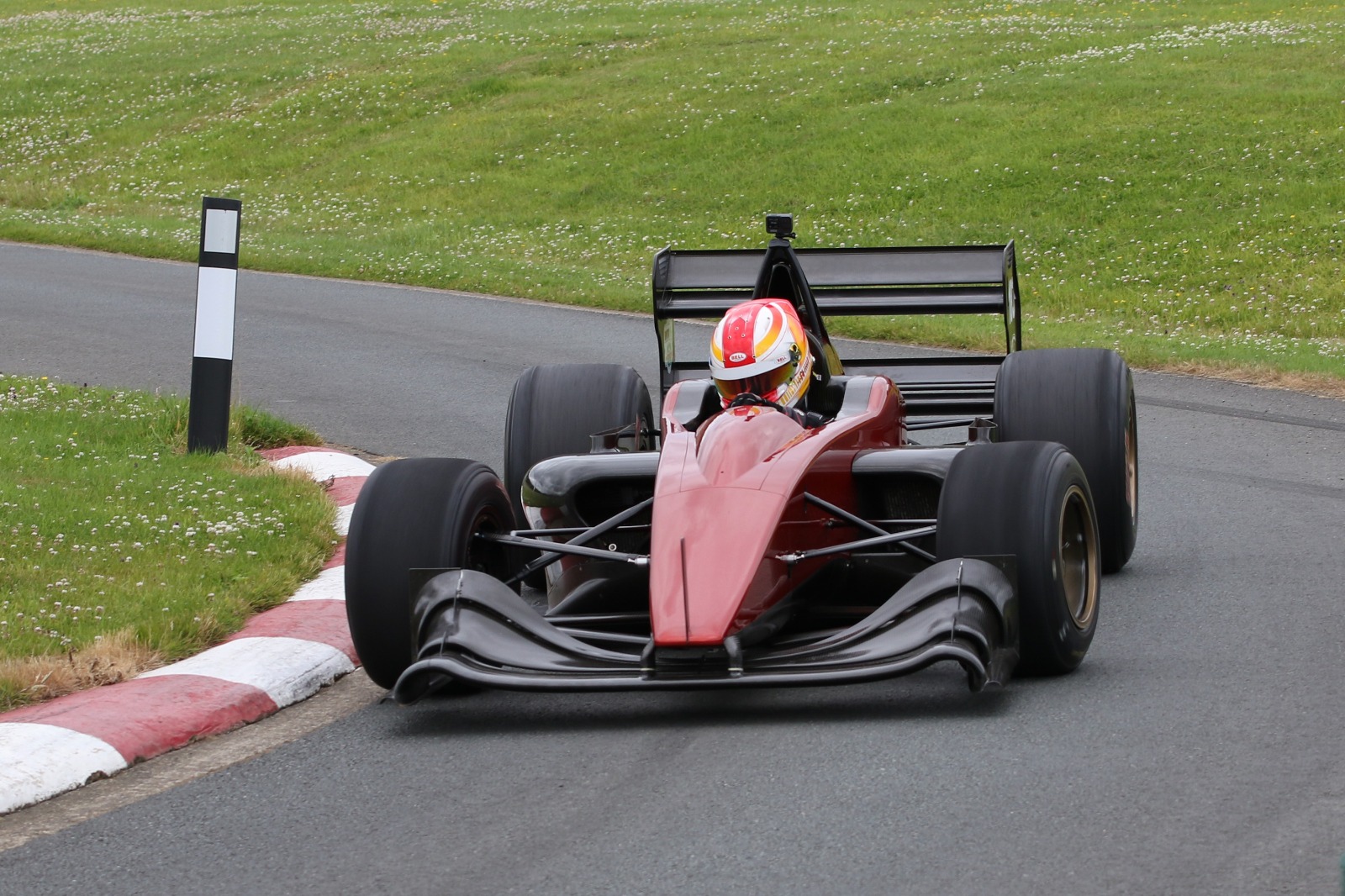 Matthew Ryder came of age in the British Hillclimb Championship at Harewood on Sunday with a sensational victory in the second of the day’s top 12 run-offs.

On a weekend when points leader Alex Summers hit problems and reigning champion Wallace Menzies returned to the top of the times in the first run-off, it was Ryder who created a sensation with a stunning final run of the day to win the second run-off and slash nearly four tenths of a second from Menzies’s 90-minute-old hill record.

Ryder was elated after a result that puts him firmly into the hillclimbing elite. “I’ve never had a run-off win or a hill record!” said the Gould GR59 driver. “On the last run, everything just came together and the car felt really good.” 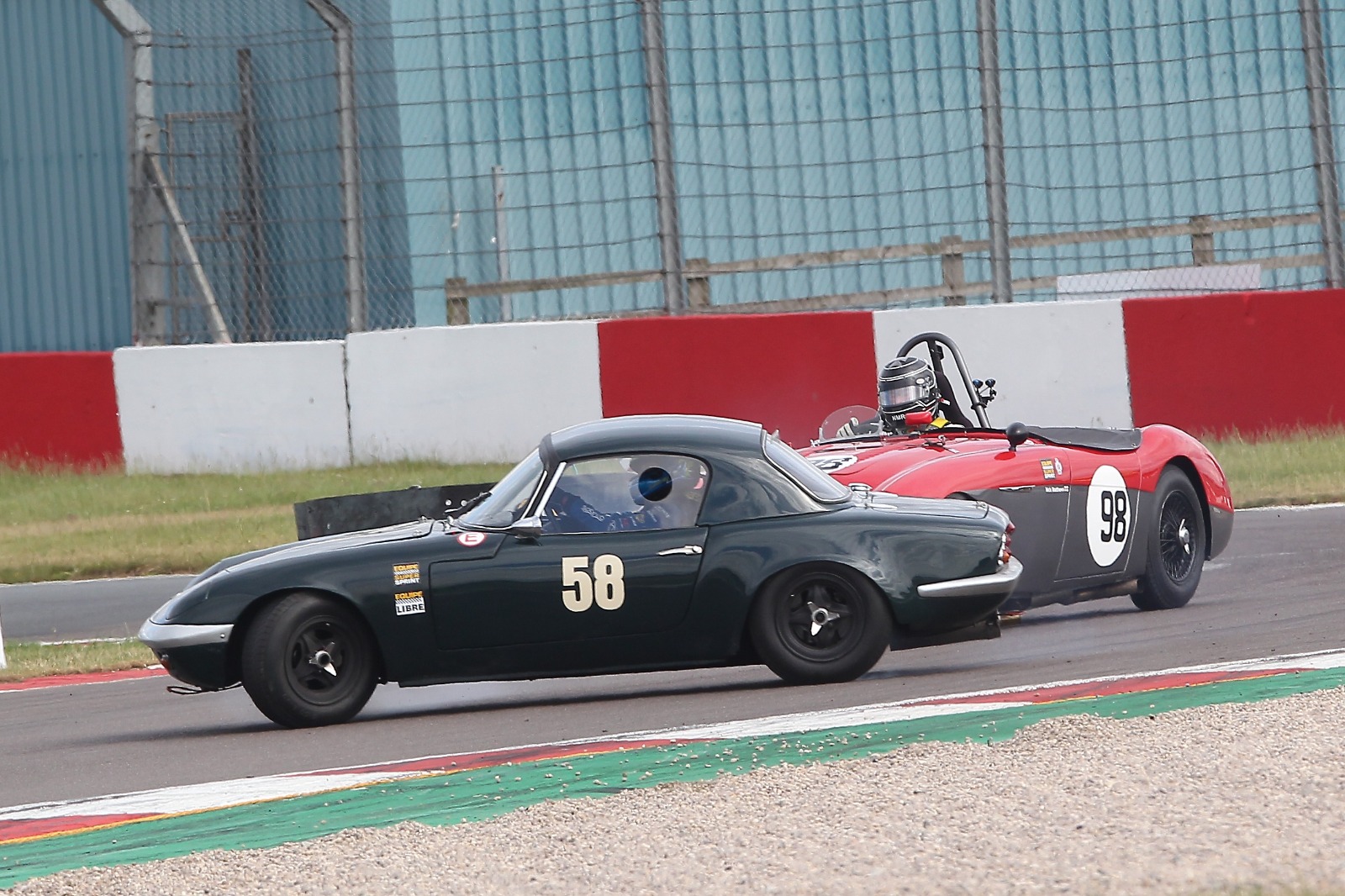 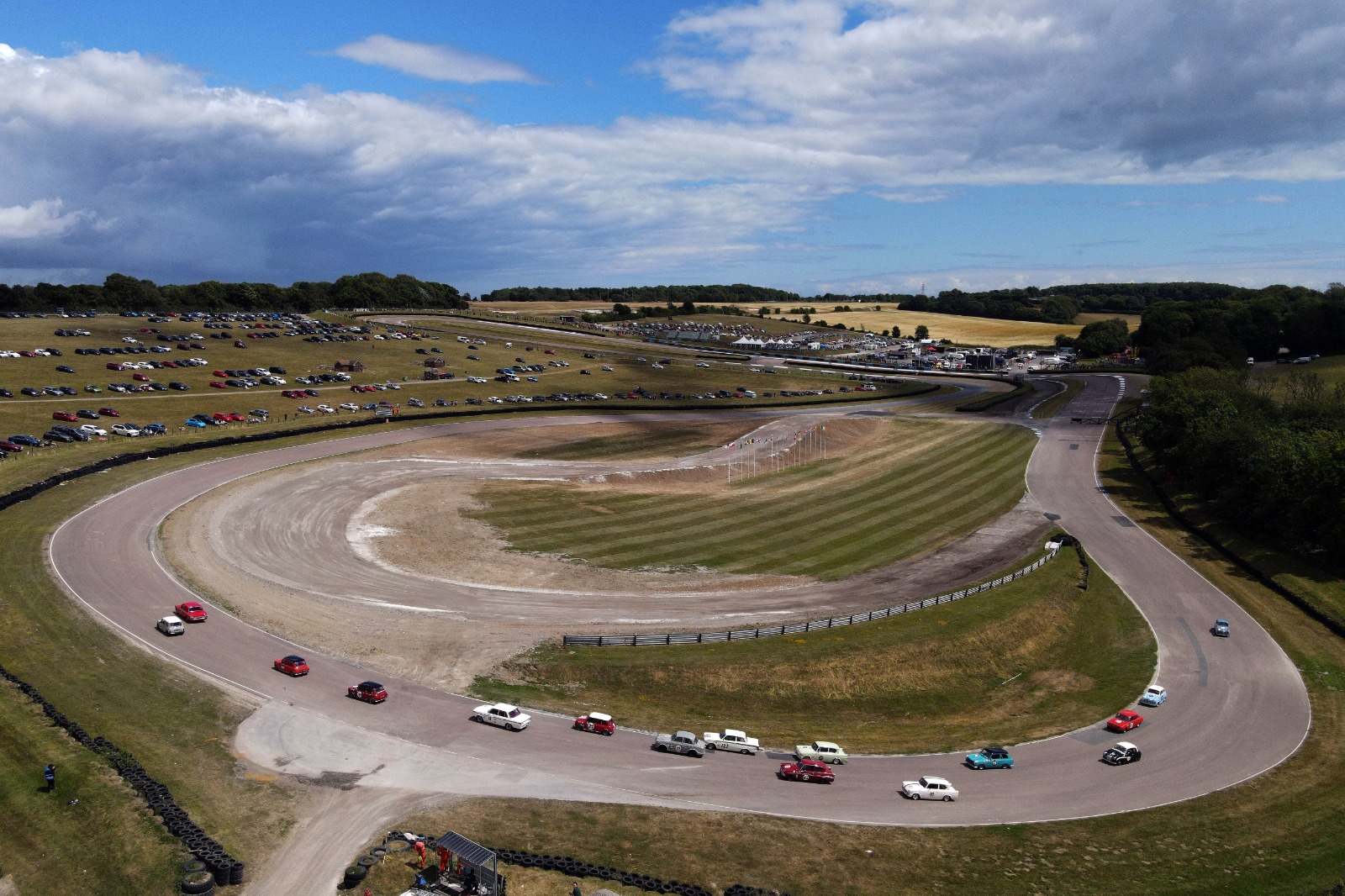 An aerial view of the HRDC action at Lydden Hill